Isn't there an old adage about a leopard never being able to change its spots?  I want you to consider that idea as we revisit a 2012 article on CNN's Security Clearance site.  I just want to remind you of some of the quotes by those who were accepted as top officials in the intelligence community: 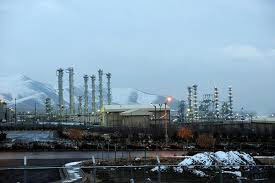 •  Director of National Intelligence James Clapper was reported, at the time, as saying, "Iran already has the largest inventory of ballistic missiles in the Middle East, and it is expanding the scale, reach, and sophistication of its ballistic missile force, many of which are inherently capable of carrying a nuclear payload."
•   Lt. Gen. Ronald Burgess, director of the Defense Intelligence Agency, said Iran is also "not close to agreeing" to abandon its nuclear program.
•  During questioning by the Senate Armed Services Committee, both Clapper and Burgess verified that Iran remains a significant threat on a number of fronts, including its continued support of organizations such as Hezbollah, which is deemed a terrorist organization by the United States, as well as its indirect support of Hamas in the Gaza Strip.
•  Burgess added that Iranian weapons have been found in Afghanistan, and that Tehran is attempting a "dual-track strategy" in Afghanistan and Iraq - working against U.S. and coalition desires while making efforts to "put forward the government" in both countries.
•  "They are walking both sides of the fence" said Burgess, who confirmed that it is the intelligence communities' belief that Iran is supporting the killing of U.S. soldiers.
•  Senator John McCain, who co-chaired the Senate Armed Services Committee, noted that Iran's believed involvement in a recent plot to assassinate a Saudi ambassador on U.S. soil has changed the nature of the threat.  "The rulers in Iran clearly pose a more direct threat to us than many would have assumed just a year ago," McCain said. "And that is on top of the hostile actions in which Iran has been engaging for years, including killing Americans in Iraq and Afghanistan, supporting terrorist groups across the Middle East, destabilizing Arab countries, propping up and rearming the Assad regime in Syria, and continuing their undeterred pursuit of a nuclear weapons capability.  The threat posed by the Iranian regime could soon bring the Middle East to the brink of war, if it has not already."
Keep in mind, that these statements were made less than two years ago!  So can someone please explain to me ... Why, in heaven's name ... would our government offer Iran $4.2 billion in relief aid, along with a reduction in sanctions, and allow them to keep developing their nuclear program!?!
To be totally accurate, this is more of an interim agreement before the actual deal. Described as an initial, six-month deal, the White House says it includes "substantial limitations that will help prevent Iran from creating a nuclear weapon." In short, it is supposed to slow the country's nuclear development program in exchange for lifting some sanctions while a more formal agreement is worked out.  So, once again, I ask ... why $4.2 billion in aid???
And of course, the whole deal could go south if Iran reneges on another element of the agreement.  As part of the deal, Iran will be required to dilute its stockpile of uranium that had been enriched to 20%. While uranium isn't bomb-grade until it's enriched to 90% purity, "once you're at 20%, you're about 80% of the way there," according to a nuclear policy expert. The deal also mandates Iran halt all enrichment above 5% and dismantle the technical equipment required to do that. Before the end of the initial phase of the deal, all its stockpiles should be diluted below 5% or converted to a form not suitable for further enrichment.
Maybe I'm just cynical, but if Iran is 80% of the way towards having a nuclear bomb(s), couldn't they accomplish a lot in the next 6 months, the so-called "initial phase" of this deal?  Couldn't they be SO close that this is simply a way to get everybody off their back while they put the finishing touches on their nuclear weapons?  Sure sounds like a helluva great stall tactic to me!
And how exactly will they be using that $4.2 billion we so generously gave them? Could it possibly help them speed up their program? Obviously, I'm no nuclear weapons expert, but neither am I stupid.  Pardon me, but the vitriol and hatred which Iran has directed towards both the U.S. and Israel makes me just a little bit skeptical.  Which takes me back to that old proverb about the leopard and its spots.... see where i'm going with this?

Jeremiah 13:23     "Can an Ethiopian change his skin or a leopard its spots? Neither can you do good who are accustomed to doing evil."