Shame on Government; Hooray for Humanity!

After my visit this week to the Fisher Houses in San Antonio, I was thrilled to see that the Fisher House Foundation was there once again for our military.  As I'm sure you know, the ridiculous ramifications of the government shutdown were elevated to a new low when "death gratuities" of $100,000 for the families of fallen soldiers were halted. 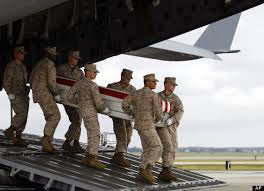 I know they are trying to make life as painful as possible for the American public so we will fall for the crap that is political propaganda; but it is absolutely unconscionable to deny military families this money which helps pay for travel to receive the bodies of their loved ones, for funerals, and for immediate expenses after a soldier's death.
But it came as no surprise to me that the Fisher House Foundation has stepped up to fill the gap and will supply this much-needed payment to these worthy military families.  The Fisher Houses are a dream project of humanitarian and founder, Zachary Fisher, and his wife Elizabeth.  Designed as comfort homes that enabled family members to be close to a loved one at the most stressful time -- during the hospitalization for a combat injury, illness or disease -- these homes are built on the grounds of major military and VA medical centers nationwide and in Europe.
I have seen first-hand how the Fisher Foundation, through private donations and support, show honor to our military, and affect the lives of our soldiers and their families in ways that bureaucratic government can't even envision.  In fact, this latest blow to military morale by the government is just one more example of the burden they are putting on our military.
During my visit to Fort Sam Houston, my latest fears were substantiated during a casual conversation with one soldier.  I asked about the injury to his hand and how long he would be receiving treatment and rehabilitation at Fort Sam, and followed that up with where he was deployed.  With a slight acknowledgment of weariness, he relayed the history of his injury and then said he would be returning to Africa!
So folks, while the "official" language of this administration is that the wars in Iraq and Afghanistan are winding down, it is clear that we are far from disengaging in war.  It appears that Africa will be our next theatre of combat.  To what end?  A staging ground for Syria and the Middle East conflict?  Or are we supposed to believe that we now need to defend freedom in all of Africa, amidst the rising jihadist threat?
Before you think that I am making mountains out of molehills, this supposition was verified during the always impressive tour of the Intrepid Center, where our soldiers receive the latest and greatest that technology has to offer in rehabilitation and physical therapy.  As a retired Army Colonel was giving us the tour, she explained that they were seeing less patients as a result of the winding down of our two wars.  I took a chance and asked her point-blank, "Is it true that we are now deploying to Africa?"  She didn't hesitate and gave us a definitive answer .... "Yes."
So, I guess I'm just trying to figure out the endgame here.  What is the purpose of stretching our military so thin?  Why the deliberate "poke in the eye" with the halting of the "death gratuities"?  Why intentionally harm the military by creating resentment among the federally paid physicians who are working "pro bono" during this shutdown?  (Believe me, I heard the grumbling while at Fort Sam).
And another thing I witnessed ... a growing tension among the military members as they begin to realize that the government is not looking out for their best interests.  I seem to detect more awareness and questioning about their care and their future, rather than the robotic acquiescence that is desired by the top military brass.  Perhaps our troops are beginning to see the truth for themselves. 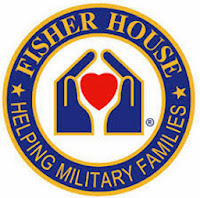 Mind you, I know that everything is being done with a purpose and a goal in mind.  After the Fisher House Foundation announced they would pay the military families the death benefits they are due, the Pentagon released a news story in which Defense Secretary Chuck Hagel announced the Fisher House Foundation had agreed to make the payments from its own funds.  Hagel went on:  "At the end of the shutdown, the Defense Department will reimburse the foundation for the costs it has incurred."  How like the government to try to claim they were part of the solution!
But I have personally witnessed what is at the heart of the Fisher Foundation, and it is the welfare and care of our wounded veterans and their families.  This Foundation has proven that private donations from compassionate citizens are capable of taking care of those in need... and better than the government bureaucracies.
So thank you to the Fisher House Foundation for taking care of our military families, and shame on the political games that caused these heartbroken families to suffer during this painful time.  The three words on founder Zachary Fisher's tomb continue to be manifested in the leadership of his Foundation by his grand-nephew and CEO, Kenneth Fisher .... Builder ... Philanthropist .... Patriot.   This is one more reason that the private citizenry of this country gets it, and the government doesn't.

Isaiah 1:17    "Learn to do good; seek justice, correct oppression; bring justice to the fatherless, plead the widow's cause."