So Hard To Believe!

I feel like I'm in the middle of a confusing dream ... where am I?  What is real?  When the President of Russia talks to the American people, and you find yourself agreeing with at least a part of his analysis, it can make a girl question her sanity.  And was that really a Fox News commentator talking about End Times prophecies as if they are newsworthy?  Could you have ever fathomed that several years ago?
Then there are the boys who were asked to change their shirts on 9/11 ... shirts that simply said, America: Land of the Free and U.S. Pride.  No gang slogans or racist statements; just good old-fashioned pride in the red, white and blue.  Now we can't have that, can we? 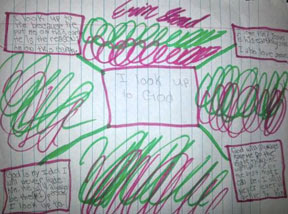 And did you hear about the 10-year-old girl who was asked to write about an idol; someone she looked up to?  She chose God.  Wow!  That tells me a lot about this child's heart.  But guess what?  That was unacceptable according to her teacher.  She had to pick someone else, and what's more, the paper had to be taken home ... it could not remain at the school.  Why, no evidence of God must ever be found in our schools! (Picture me with a sad expression on my face).  But this isn't the end of this little news item.  So who did the little girl choose as her second idol?  Michael Jackson!  And you guessed it!  That was perfectly acceptable to the teacher.
I now wake up each day, wondering what upside-down, messed up, ill-judged, and plain wrong set of circumstances I'm going to behold.  Is there anything I can count on in the world?  It seems as if my ideas of what is acceptable social behavior, when entertainment has gone too far, what I think about my Lord and Savior, and even the ownership of my home and property are up for reconsideration!
Racial beat-downs are happening at an alarming rate, with serious injury and even death occurring.  Lascivious clothing and sexual simulation are becoming mainstream on our TV screens.  In fact, more and more, I find myself abandoning popular shows because they have pushed the boundaries of sex, violence and greed beyond the norm.  I just don't want to see the human race at its basest!  And then there is the Church in America... that grieves me more than I can say.  We have lost a Biblical view of God, and replaced Him with a culturally acceptable model.  We have made Him answer to us, instead of earnestly seeking how He wants us to obey Him.  And if we promote this idea of a Biblically accurate view of the God of the Universe, well, then... we're just part of an "old paradigm".  That's all outdated, don't you know?
And then the idea that we are actually king of our own castles, is also apparently misguided.  People in Pittsburgh found that out when they were recently ticketed for parking in their own driveways!  Apparently residents must have purchased an "occupancy permit" and there's a law that says you have to park at least 30 feet away from the street.  One family's fines were over $2,400!
I've said it before.  I feel like I am in an episode of the Twilight Zone or Outer Limits.  Funny thing is, those old shows always seemed so ridiculous and outrageous, they could never be true, right?  Well, keep pinching yourself, because I have a feeling this new reality is here to stay.

Psalm 1:1-2    "Blessed is the man who walks not in the counsel of the wicked, nor stands in the way of sinners, nor sits in the seat of scoffers; but his delight is in the law of the Lord, and on his law he meditates day and night."
Posted by Pam Kohler at 7:37 AM