Letter From A Dying Veteran

This is a letter written by Bill Schoonover, a 79-year-old Army veteran from Washington State.  He has not been shy about writing letters to his Congressmen in the past, but this letter is different.  Mr. Schoonover is dying of cancer, and that makes this letter to his Senator and Representatives all the more  poignant.  I will let this proud Veteran speak for himself.  It was written April of 2013.

I have tried to live by the rules my entire life. My father was a Command Sergeant Major, U.S. Army, who died of combat related stresses shortly after his retirement. It was he who instilled in me those virtues he felt important – honesty, duty, patriotism and obeying the laws of God and of our various governments. I have served my country, paid my taxes, worked hard, volunteered and donated my fair share of money, time and artifacts.
Today, as I approach my 79th birthday, I am heart-broken when I look at my country and my government. I shall only point out a very few things abysmally wrong which you can multiply by a thousand fold. I have calculated that all the money I have paid in income taxes my entire life cannot even keep the Senate barbershop open for one year! Only Heaven and a few tight-lipped actuarial types know what the Senate dining room costs the taxpayers. So please, enjoy your haircuts and meals on us. 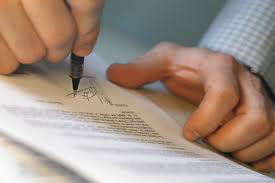 ..... In the middle of the night, you voted in the Affordable Health Care Act, a.k.a. “Obama Care,” a bill which no more than a handful of senators or representatives read more than several paragraphs, crammed it down our throats, and then promptly exempted yourselves from it, substituting your own taxpayer-subsidized golden health care insurance.
You understand very well the only two rules you need to know – (1) How to get elected, and (2) How to get re-elected. And you do this with the aid of an eagerly willing and partisan press, speeches permeated with a certain economy of truth, and by buying the votes of the greedy, the ill-informed and under-educated citizens (and non-citizens, too, many of whom do vote ) who are looking for a handout rather than a job. Your so-called “safety net” has become a hammock for the lazy. And, what is it now, about 49 or 50 million on food stamps – pretty much all Democrat voters – and the program is absolutely rife with fraud with absolutely no congressional oversight?
While we middle class people continue to struggle, our government becomes less and less transparent, more and more bureaucratic, and ever so much more dictatorial, using Czars and Secretaries to tell us (just to mention a very few) what kind of light bulbs we must purchase, how much soda or hamburgers we can eat, what cars we can drive, gasoline to use, and what health care we must buy. Countless thousands of pages of regulations strangle our businesses costing the consumer more and more every day.
As I face my final year, or so, with cancer, my president and my government tell me “You’ll just have to take a pill,” while you, Senator, your colleagues, the president, and other exulted government officials and their families will get the best possible health care on our tax dollars until you are called home by your Creator; while also enjoying a retirement beyond my wildest dreams, which of course, you voted for yourselves and we pay for.
..... My final thoughts are that it must take a person who has either lost his or her soul, or conscience, or both, to seek re-election and continue to destroy this country I deeply love and put it so far in debt that we will never pay it off while your lot improves by the minute, because of your power. For you, Senator, will never stand up to the rascals in your House who constantly deceive the American people. And that, my dear Senator, is how power has corrupted you and the entire Congress. The only answer to clean up this cesspool is term limits. This, of course, will kill the goose that lays your golden eggs. And woe be to him (or her) who would dare to bring it up.

I think you will agree that not only has Mr. Schoonover expressed the thoughts and feelings of millions of Americans, but he has earned the right to express them, as a proud Army Veteran.  God, Bless you, Bill Schoonover.  You continue to serve your country with your bold and honest voice, and I salute you, Sir.

You can read the letter in its entirety, by clicking here.