I'm Baaack! And With A Challenge!

After being absent nearly two weeks, it feels really good to be connected to everyone again!  It was really interesting to observe the temperature of my fellow citizens as we traveled across the country.  I certainly felt a degree of tension in regards to our future; both as individuals and as a sovereign nation.
Nerves and checkbooks are stretched tight; personal and home defense seem to be at the top of the list of most everyone we met; and there was just a general sense that folks are "hunkering down".  They are becoming really concerned about the consequences of the healthcare legislation, and increasingly disillusioned with politicians who play..... well ..... politics.  They are hungry for leaders!
In fact, I think we are looking for leaders in every aspect of our society.  We need leaders who will stand up for the common man.  We're tired of so-called public servants who have become leeches on the system.  We need legislators who remember what their job is --- to represent the people; true servants who put the desires of their constituents above their own personal gain.  And these representatives of the people need to remove the restraints and regulations that keep us from enjoying the freedoms we were endowed with. 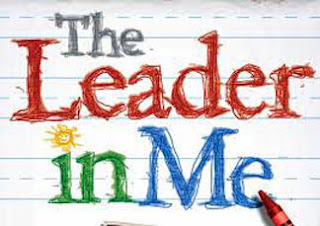 And that leads me to the Business Sector.  We need men and women leaders who aren't afraid to take risks; who will put their unique and God-given imaginations to use, and work with our elected representatives to create a business-friendly economic model.  We need investors, inventors and entrepreneurs who are willing to put this nation and its people above self-promotion and wealth.  If that could be accomplished, then fame and fortune would naturally follow.
We need leaders in our families.  Parents who know the worth of teaching their children the time-honored (and Biblical) principles of hard work, respect, self-discipline and honesty.  Too many times during this trip, I heard people bemoaning the lack of motivation and initiative among the young in their families and communities.  Are parents just too busy to train and guide their young on the path toward success?  And are parents no longer the role models they used to be?  The future leaders of America are watching and learning from our example.  What kind of standards are we setting?
And finally, we need leaders in the Pulpit.  At the founding of our country, the Pastors in the pulpits represented the conscience of America.  These men were bold in their pronouncements.  They weren't afraid to declare what God demanded of us; as both individuals and as a nation.  They weren't afraid to tell their communities when they were in danger of falling from God's grace; nor were they shy in condemning society's sins.  They kept the focus of all aspects of this country on God's will.  Were we in step with His precepts?  Or were we wandering from His path to follow man's own glory?  Finally, they were confident in declaring that while freedom of religion was to be embraced across this great land, it was the Christian faith that was the foundation of America's existence.  Every man was allowed to worship his God in peace and acceptance; freedom and faith were inherent qualities of every American.  No man would be persecuted because of religion.
So, here's my challenge:  while we are all looking for that outstanding leader to rescue us from America's destructive slide, what's stopping each of us from becoming that leader?  The people I have met and talked to during these last couple of weeks are all well-thought, industrious and committed.  And I sense a change in our nation's dynamics.  We are realizing that we have abandoned our duties as citizens; members of the working class; perhaps as parents; and sadly, as Christians.
I'm not naive enough to think that there is a simple political solution, or that a groundswell of grassroots support will change things overnight.  But I also know that our God in Heaven is above all of this man-made strife.  It's time to stop giving away our power and authority to others, and reclaim our rightful position as free men and women.  Jehovah, the God of the Universe, gave us the greatest gift mankind has ever known: the freedom to become all He created us to be.  Two hundred and thirty-seven years ago, He gave us leaders that embraced His will.  It looked bleak for them, too.  But they never gave up; neither on themselves or Him.  Are we up to that same challenge?

Isaiah 9:16   "For those who guide this people have been leading them astray, and those who are guided by them are swallowed up."