Will Today Be the Day WWIII Begins?

Pretty cheery blog title, huh?  I really did not want to talk about the topic of pending war in Syria ... I really didn't.  But with every news site foretelling some kind of military action on our part on Thursday (I am writing this on Wednesday evening), it simply cannot be ignored.  But I'm seriously praying that when I wake up in the morning, I won't learn that the world has gone to war. 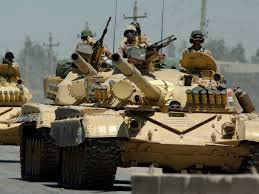 I am not a political or military expert, and therefore I don't feel qualified to offer an educated opinion on the matter.  I know what I am being shown by various media outlets, and I'm not inclined to believe everything I see or hear.  I'm just not feeling very trustful these days.  That's why I tend to seek out the unconventional sources; those who have offered "unauthorized" versions of world events in the past and have been more accurate in their prognostications than the so-called "experts" within the Beltway.
So, if you want some opinions from "outsiders" who look at the Syria situation in a more accurate and legitimate light, I suggest you read this article and this posting.  Click on the links and get a perspective you'll never hear on the Mainstream Media, and that includes Fox News.
Now, in the light of this new warfare possibility, my purpose for today's blog is simple.  It's been awhile since we've talked about being prepared.  And you don't need another lecture from the likes of me to remind you to have plenty of food, toilet paper and candles stocked in your larder.  If you haven't seen to that task by now, chances are you've either decided that things will never get that bad, and I am crazy; or you're one of the Christians who have decided to trust in God to set your feet on high, dry ground while you watch the rest of humanity suffer.
Either way, I would like you to consider altering your viewpoint.  Whichever camp you find yourself in, you have to admit that something is up!  It seems that every country in the Middle East is saber-rattling, and the three Super Powers are juxtaposing their positions in a way that tells me things are going to be changing in the near future.  Case in point:  our President goes to the UN, rather than our own Congress, for clearance to strike Syria.  China and Russia thumb their noses at us and steadfastly oppose any action on the part of the UN.  So what exactly is the grand scheme?  Do you really think that the evil forces in the world worry about offending America anymore?  Benghazi should give you your answer.  Our credibility and influence are in the tank;  the dollar cannot hang on much longer; and the Department of Homeland Security has bought up unexplainable amounts of ammo and trained troops in simulated urban warfare scenarios.  If you are doing your homework, or at least paying a modicum of attention, you cannot deny these facts.  The status quo is about to change and something is definitely up! 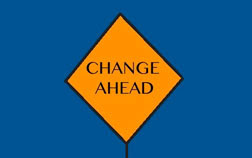 So when I ask you to consider your state of preparedness, I am asking about more than your physical state.  Yes, you may still be residing in the midst of your comfortable life, but have you prepared for a swift and sweeping change?  Will you be able to function in a state of panic and fear?  Have you had that personal, private talk with your family members about how life could be instantly changed forever and how those scenes of mayhem and violence in far-off foreign lands could be seen in the streets of America?  Believe me, don't think that our leaders in Washington haven't conceived of that possibility and aren't planning accordingly.  But do you really think they are planning on what's best for the American citizens?
But most importantly, have you prepared your soul, and have you locked down your relationship with God?  All the physical preparedness in the world is just that ... it's for your existence "in this world".  And in case you haven't noticed, this world is falling apart before our eyes.  It will be good to have a few cans of soup, some rice and beans, and even a chocolate bar or two.  But when this world erupts into chaos, we all need to be prepared to see things and do things we have never experienced before in this land of ease.  And you need to have that solid foundation of a relationship with God to keep you from freaking out.  We will need Him to give us strength, wisdom and clarity of thought.  And never doubt ... He will be with us!  But only if you know Him.  So be on the alert; be vigilant and prepared.  But most of all, be in communion with the God of this world.   He is above all this insane disorder, and I have a feeling we're going to see how He sorts it all out real soon.  Make sure He knows you belong to Him!

Psalm 27:1-3    "The LORD is my light and my salvation — whom shall I fear? The LORD is the stronghold of my life — of whom shall I be afraid? When evil men advance against me to devour my flesh, when my enemies and my foes attack me, they will stumble and fall. Though an army besiege me, my heart will not fear; though war break out against me, even then will I be confident."