Is The Dream Still Possible?

Fifty years ago today, the Reverend Martin Luther King delivered his famous "I Have A Dream" speech on the steps of the Lincoln Memorial.  The questions I have are these:  Did any of his dream come true?  What is the state of his dream today?  Is it still attainable? 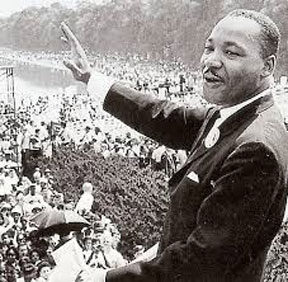 In 1963, Reverend King wrote:  When the architects of our republic wrote the magnificent words of the Constitution and the Declaration of Independence, they were signing a promissory note to which every American was to fall heir. This note was a promise that all men, yes, black men as well as white men, would be guaranteed the "unalienable Rights" of "Life, Liberty and the pursuit of Happiness." It is obvious today that America has defaulted on this promissory note, insofar as her citizens of color are concerned. Instead of honoring this sacred obligation, America has given the Negro people a bad check, a check which has come back marked "insufficient funds."
But we refuse to believe that the bank of justice is bankrupt. We refuse to believe that there are insufficient funds in the great vaults of opportunity of this nation. And so, we've come to cash this check, a check that will give us upon demand the riches of freedom and the security of justice.
Response:  He is absolutely right!  The Constitution and the Declaration of Independence gave every American the right to embrace those "unalienable Rights".  And yes, the black American was denied those rights until hundreds of thousands of Americans died on the battlefield to give them those rights.  When opportunities were slow in coming and injustice still prevailed, Americans (both black and white) turned to our government.  But notice that Dr. King was looking for the vaults "of opportunity" to be opened.  It was a "check of Opportunity" that he was hoping to cash; not a welfare check.  He was looking for the freedom that would come from Opportunity ---  the opportunity for black men to open businesses besides their white neighbors; the opportunity for black children to receive an equal education; the opportunity for black society to grow and reach for the stars and achieve all they could!
Did that happen?  Are those opportunities anymore available today than they were 50 years ago?  I would assert that his dream is still alive and possible for those who recognize its value.  Evidence of that is in the careers of Oprah Winfrey; Kenneth Frazier (CEO of big pharma company Merck); Ursula Burns (CEO of paper giant Xerox); Robert Johnson (CEO of Black Entertainment Television); Entertainment moguls Russell Simmons, Sean Combs, and JZ.  And let's not forget that we have an African-American President! 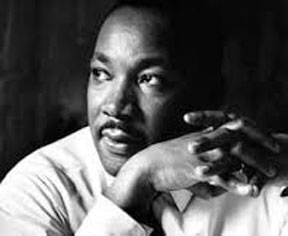 So don't tell me that America is not the land of opportunity for the black man!  Because unfortunately, what the government offered black Americans was a false promise of "easy money"; and too many saw that as their "opportunity".  That was not the check Dr. King envisioned.  That check did not encourage them to reach for the stars, but instead enticed them into a new form of slavery.  The government handout didn't offer them "life, liberty and the pursuit of happiness".  It squelched all ambition, signed them up for generations of bondage to the government dole, and killed any semblance of contentment with their lives.
There is so much in Dr. King's excellent speech that I could expound on, but these words spoke the loudest:  But there is something that I must say to my people, who stand on the warm threshold which leads into the palace of justice: In the process of gaining our rightful place, we must not be guilty of wrongful deeds. Let us not seek to satisfy our thirst for freedom by drinking from the cup of bitterness and hatred. We must forever conduct our struggle on the high plane of dignity and discipline. We must not allow our creative protest to degenerate into physical violence. Again and again, we must rise to the majestic heights of meeting physical force with soul force.... I have a dream that one day every valley shall be exalted, and every hill and mountain shall be made low, the rough places will be made plain, and the crooked places will be made straight; "and the glory of the Lord shall be revealed and all flesh shall see it together."
Response:  I cannot help but feel that Dr. King would be saddened at the state of our race relations today.  We can all be proud that our national conscience has evolved to this place where black men and women serve in the highest offices in the land; run the most successful companies on Wall Street; and have achieved great triumphs in all fields of endeavor, including sports, entertainment, medicine and education.  Yet we see the black-on-black murder rate skyrocketing; the welfare and entitlement system has destroyed the black family; and we hear "justification" for the hate against white America --- or we hear nothing at all from the one man who could change the dialog.
I honestly believe that Dr. King would be proud of the advancements his race has made.  But I also believe he truly wanted the glory of the Lord to be revealed, and that is still up to each and every one of us -- regardless of color.  It's time for the political and social leaders to point out the positive accomplishments since 1963, instead of exploiting the negatives for their own selfish agendas.  Then, and only then, can ALL Americans claim that we are "free at last".

Galatians 5:1     "For freedom Christ has set us free; stand firm therefore, and do not submit again to a yoke of slavery."