What's A Girl To Do?

This is a rather personal post, because it involves a child who is close to my heart.  I have known Lauren since she was probably 5 years old, and a more beautiful child, both inside and out, you will never meet.  She is an incredibly talented young lady, who has exhibited an intelligence and compassion that is mature beyond her years.
She lives several states away from me, so I don't get to see her as often as I would like; but in the times we have spent together, she has always impressed me with her insight and discernment.  For instance, during a particularly long road trip, in which she sat between me and Peace-Loving-Warrior, our conversation bounced around between her desire to become a songwriter, to a discussion on the Battle of New Orleans (this after we had sung along to a CD mix of songs that included her current favorites and the old Johnny Horton ballad from my childhood).  Our conversation also included her comments on the current state of our national politics, and what she thought God might have planned for her and her family.  And this was all at the age of 8 or 9!
She has always had a solid and strong self-image and now, as she is poised to begin high school, she has made an important decision.  You see, Lauren has never been afraid to speak up at school about her values or the poor decisions she thinks are leading our nation down the wrong path.  She knows who she is, both in God's eyes and within her own soul.  The problem is, she is finding out that our culture's standards aren't quite as high as hers. 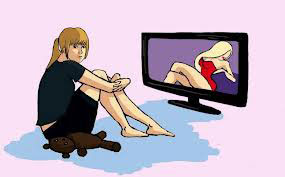 Recently the acclaimed American
Psychological Association released its findings that American girls are sexualized.  Duh!  All you have to do is look at the ads in magazines or on TV ... pre-teens are made up and dressed up to look like seductresses.  Music videos and song lyrics often portray young girls in degrading  scenes and explicit terms.  Popular music seems to be teaching young men to be sexually aggressive and treat women as objects; at the same time it teaches young women that their value to society is to provide sexual pleasure for others.  And it is all so graphic!  No wonder our young girls suffer from eating disorders, low self-esteem and depression.
And the onslaught of Social Media has only intensified this phenomena.  It's bad enough that sexting has become almost mainstream, with hundreds of thousands of sexually explicit messages and/or photographs being communicated, primarily between mobile phones.  Would it surprise you that the word "sexting" appeared in the 2012 Merriam-Webster Collegiate Dictionary?  And what are our young people to think when the actions of perverts like Anthony Weiner are paraded across our TV screens and he is allowed to continue to run for elective office?  And need I mention a certain President's less-than-presidential conduct in the Oval Office? 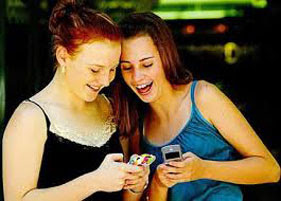 And then there is the latest Social Media fad, called Snapchat.  Lauren's mom had to enlighten me on this one.  See if you can get a feel for how this latest technology could be misused.  Here's the website's official enticement:  Snap an ugly selfie or a video, add a caption, and send it to a friend (or maybe a few). They'll receive it, laugh, and then the snap disappears.  Do you see the dangers?  Children are encouraged to take "uglies", and send them out for a specified short amount of time, and then the image disappears. (Nothing technological ever completely disappears!)
But with the sexualization of our children, how long do you think it will be before nude body parts start going viral?  And, yes, screenshots can be captured and then forwarded to people you don't know.  These kids have the mistaken concept that this is all anonymous ... a couple of seconds to impress someone and it's gone.  Yeah, right!  They aren't knowledgeable enough, or mature enough, to consider all the ramifications .... sexual predators, the ruining of their reputations, future college or job applications, or the massive data storage collection in Utah.  And worst of all, girls don't think enough of themselves to simply say, "No!"
But Lauren does.  She hasn't even experienced her first day of high school, and she has had to speak out against sharing private photos with boys who feel they have the right to ask.  She is mocked when she says she respects herself more than that.  And I can only imagine the peer pressure she is under, as other girls succumb to the intimidation and the harassment.  She has decided that she would rather forego the cultural norm and seek a small, private Christian education; one where she will hopefully be praised and supported for her moral stand.
To say that I am extremely proud of her would be to minimize my admiration and respect for the choices she has made.  It won't be easy for girls like Lauren; it's never painless when you stand for virtue and honor.  But she gives me hope that there are other girls like her; young women who won't compromise their dignity, their moral code, or their faith in themselves or their God.  I can't wait to behold the Woman she will become!

Proverbs 3:15     "She is more precious than jewels, and nothing you desire can compare with her."