A Slap In The Face

"The American Patriot Award".... what do you think of when you hear that prestigious-sounding accolade?  For me, it would signify someone who exemplifies and understands what it means to uphold  American ideals; as well as someone who has shown vigorous support for their country, and is prepared to defend it against enemies or detractors.  When I think of that term, prominent leaders like George Washington, Abraham Lincoln, and Ronald Reagan come to mind.  Perhaps you think of war heroes like Doris Miller, Audie Murphy, George Patton, Chris Kyle or Marcus Luttrell.  But there are also the countless who remain nameless and faceless; those who answered the call after Lexington and Concord, Fort Sumter, Pearl Harbor, and September 11th.  They are buried in unmarked graves across our countryside; and in foreign graves, strewn across Europe and Southeast Asia.  And they can be seen in wheelchairs and with prosthetic limbs; the casualties of modern warfare's destructive weapon, the IED.
First, let me tell you a little more about the organization that presents this reputable award. The American Patriot Award is presented by the National Defense University Foundation.  According to their official website, this "is an accredited graduate-level university under the direction of the Chairman of the Joint Chiefs of Staff and is the country’s premier center for Joint Professional Military Education, providing an educational and research environment to prepare current and future leaders for high-level policy, command, and staff responsibilities."

A majority of the student body is comprised of military representatives from all four branches of the Department of Defense and the Coast Guard, with the remaining consisting of senior civilian leaders from the federal government, industry fellows from the private sector, and international military officers.  The goal of the university is to develop the next generation of ambassadors, national and international military commanders and civilian defense industry leaders – patriots who have committed their lives to furthering the security of our nation and the world.  Some of the available College programs include the National War College, the Dwight D. Eisenhower School for National Security and Resource Strategy, Center for Technology and National Security Policy, and various "think tanks" for a wide spectrum of national security concerns.
But back to The American Patriot Award .... the annual award recognizes "exceptional Americans who have demonstrated a profound and abiding love of country and whose inspirational leadership and selfless dedication symbolizes our nation's ideas, values and democratic principles."
I'm all for such an award.  I think that a person who fits that description should receive all the accolades they are due.  EXCEPT .... this year's award is going to Hillary Clinton! 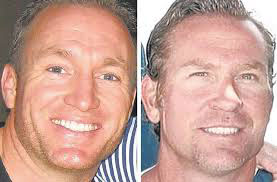 Which means that this award has no real merit in my eyes.  I was going to apologize for such a biased statement, but then thought otherwise.  This is a woman who is up to her eyeballs in the Benghazi scandal, and as Secretary of State bears some of the responsibility in the deaths of  REAL PATRIOTS:  Navy Seals Glen Doherty and Tyrone Woods.
The NDU should be ashamed and embarrassed to release the following statement:  “By honoring Secretary Clinton’s exemplary career in public service the NDU Foundation celebrates not only the American spirit of patriotism, but the leadership qualities necessary to preserve and protect that spirit.”
As far as I can tell, she did no such thing on the night of September 11, 2012.  She neither "preserved" nor "protected" the lives of our Ambassador, embassy staff, or security detail .... all of whom counted on her so-called "leadership" to have their backs.  To overlook her actions that night and in the following days, and then proclaim that she demonstrates a selfless dedication to our nation's ideals is a slap in the face to the men who sacrificed it all for our country.
Because, you see, Madame Secretary, it does make a difference to me!  All I have to do is compare your actions that night with the courage and dedication of those left to fend for themselves.  It's pretty darn clear who should wear the mantle of Patriot.  And it is a sad commentary on our once proud nation that egocentric politicians receive phony awards based on a false record, while those who quietly defend our freedoms with their lives, are dismissed as irrelevant.  I, for one, choose to recognize the true American patriots.  I honor their memory and their sacrifice.

Proverbs 10:9     "Whoever walks in integrity walks securely, but he who makes his ways crooked will be found out."

Email ThisBlogThis!Share to TwitterShare to FacebookShare to Pinterest
Labels: Patriotism