Will Texas Become The Battleground For Religious Freedom?

That question could soon be answered when the San Antonio City Council meets on a proposed change to its nondiscrimination ordinances that apparently will discriminate against all who take the Bible at its word and follow it.
Here are the details, according to an article on World Net Daily:  The new ordinance would state: “No person shall be appointed to a position if the city council finds that such person has, prior to such proposed appointment, engaged in discrimination or demonstrated a bias, by word or deed, against any person, group or organization on the basis of race, color, religion, national origin, sex, sexual orientation, gender identity, veteran status, age, or disability.”  In case you can't guess, it is the "sexual orientation" and "gender identity" clauses that have been added. 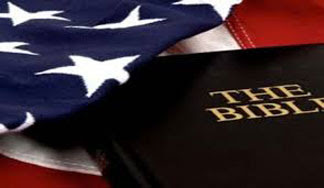 But here's the problem; the change to the ordinance would create a penalty for those who have ever exhibited a “bias,” which clearly could include adopting the Bible’s opinions on abortion or homosexuality, for instance, with a permanent ban on participation in city government, business or employment.  That means, according to one church leader, "The ordinance … says that if you have at any point demonstrated a bias –  without defining what a bias is, or who will determine whether or not one has been exercised – that you cannot get a city contract.  Neither can any of your subcontractors [who have demonstrated a bias] sign on to the contract."  So will there be witch hunts, á la Paula Deen, for any so-called biased statements in an applicant's past?  Sure sounds like it to me!
Church leaders say it allows the city council “to prohibit those that speak their religious beliefs regarding unBiblical practices from serving on city boards.”
For example, if a person publicly expresses their religious belief that abortion is a sin – even if this expression is at a church service – that person could be denied economic access to city government.  It's only a hop, skip and a jump to the suggestion that businesses run by people of faith will be subject to criminal penalties if they refuse to provide services that conflict with their religious beliefs.  Think about the bakery owners who declined to bake a wedding cake for a same-sex marriage.  Why should they be penalized, if there is a bakery that is willing to provide the service?  Shouldn't both bakeries be allowed to conduct their businesses according to their consciences, not the State's?
And what happened to all the concern about "Separation of Church and State"?  Isn't that what the Left wants?  If you can be penalized in the marketplace for making a statement in your church about a religious belief, where is the separation?  Aren't they creating a connection between Church and State?  Isn't this the religious test for involvement in government that they so loudly protest, and Article VI, paragraph 3, of the Constitution explicitly prohibits?
And I think it is no accident that these kinds of tests to the Constitution, both federal and state, are being planned in Texas.  If the Enemy can defeat one of the strongest states for personal liberty and religious freedom, then the fate of the entire country is in jeopardy.  Satan has made his move.  Now let's see how our Mighty God will outmaneuver him!

Galatians 5:1   "For freedom Christ has set us free; stand firm therefore, and do not submit again to a yoke of slavery."