Our Youth and Their Loss of Faith

Researchers from The University of Tennessee at Chattanooga recently conducted a study in which they examined the characteristics of atheists and agnostics.  Among their findings was the interesting fact that many of the faithless find some sort of benefit from participating in the "rituals" of church attendance.
According to the report on this study at ChristianPost.com, those who fall into this category, are nonbelievers who may have a philosophical appreciation for certain religious teachings, who like being part of a community, who want to stay in touch with their ethnic identity or who simply find beauty in certain religious traditions, symbols or rituals.  In fact, one participant in the study participates in church services and sings in the church choir, but doesn't believe in God.
Another interesting finding from the study was that college was often a turning point in the lives of those who would become nonbelievers.  "We heard time and time again that, for many of the folks who identified themselves as nonbelievers, college seemed to be a milestone in their life's story. College seemed to be a transition point." 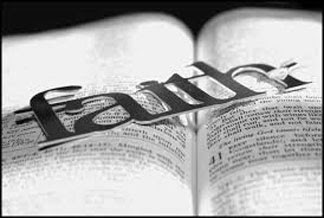 Now, what Christian parent hasn't worried about this exact scenario?  You send your children off to college to get a higher education, only to find out that they've lost their faith along the way.  Bestselling author Eric Metaxas tackled this dilemma in a recent article, also for ChristianPost.com.  He writes that, apparently, there exists such an organization as Secular Students Association on college campuses across the country.  And it is into this vacuum that Fixed Point Foundation steps in to question students on the changes to their faith.  (Fixed Point Foundation sponsors highly publicized events at universities, schools, and churches around the world. Fixed Point is an expression of the Church speaking into the culture, challenging the unbelief of skeptics and restoring the Christian’s confidence that the Bible is precisely what it claims to be—True.)
At similar events across the country, the Fixed Point Foundation asked members of the Secular Students Association to tell them about their "journey to unbelief."  What they found was surprising.  They expected to hear from activist atheists, and instead the typical respondent was like Phil, who had grown up in church; he had even been the president of his youth group. What drove Phil away wasn't the lure of secular materialism or even the restrictions placed on him by Christian moral teaching.  It seems that his turning point came when his church changed youth pastors.
Phil's loss of faith coincided with his church's attempt to ingratiate itself to him instead of challenging him.  It seems that the church traded a youth pastor who "knew the Bible" for one that pandered to the culture; who taught less of the Bible while showing how "cool" he could be.
Phil was like many of his contemporaries who professed to have lost their faith; they were kids who had attended church but "the mission and message of their churches was vague," and manifested itself in offering "superficial answers to life's difficult questions." The ministers they respected were those "who took the Bible seriously," not those who sought to entertain them or be their "buddy."
And that, I'm afraid, is the rabbit hole that the modern Church is in danger of leading all Believers down --- not just the college-aged. The competition to fill seats has fed into a morbid fear that church attendees might become bored; hence, the need to entertain them and astound them with the latest technological wizardry, or at least a hip coffee bar.  The rest of the time is spent worrying about if the "Christian message" will turn the kids/adults off.   What they don't realize is that if a Believer is truly seeking the truth, and he receives "Christian lite", then his disappointment turns to disrespect and he begins shutting down to the message altogether.  Playing down the truth of the Christian faith results in apathy, which makes it easier to abandon the faith in the face of a diluted and less convicting teaching.
As one of the students remarked, ""Christianity is something that if you really believed it, it would change your life and you would want to change [the lives] of others. I haven't seen too much of that."  So if they aren't seeing it in their home churches, what makes us think that they will see it on a college campus?  If we cannot equip our children with an unshakeable faith and commitment to their Lord by the time they leave home for the hallowed halls of intellectual elitism that serve as our institutions of higher learning, then what chance do they have of standing against the spiritual darkness that pervades such academic systems?  Listen to Phil again .... he did not want vague and superficial sermons; he wanted serious Bible study from leaders who "knew" the lessons to be learned.  Bottom line?  He wanted to know the truth about God; not some "feel good" line. Isn't it time we turned back to the basics, teach the truth of the Word, and live out our belief?  We can't afford to see another generation abandon their faith.

Luke 8:13    "And the ones on the rock are those who, when they hear the word, receive it with joy. But these have no root; they believe for a while, and in time of testing fall away."