Lungs For A Little Girl: A Picture Of Our Future?

This last week, we all watched with anticipation, the battle between the government's Department of Health and Human Services, and the family of a 10-year-old little girl who were racing against time to save her life.  You know the story --- Sarah Murnaghan, who suffers from cystic fibrosis, was only weeks away from death and was being denied a lung transplant that could potentially save her life, because she didn't meet the age requirement of 12 to receive adult donor lungs. 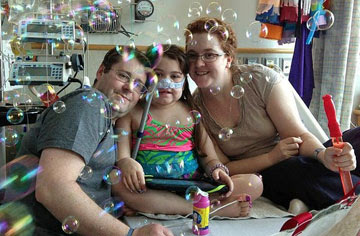 The controversy developed when Sarah's family challenged the transplant policy that made children under 12 wait for pediatric lungs to become available or be offered lungs donated by adults only after adolescents and adults on the waiting list had been considered. The problem was that pediatric lungs are rarely donated, and Sarah's condition was deteriorating rapidly.
The contractor that supplies the lung donations, United Network for Organ Sharing (UNOS), balked at overruling the "Under 12 rule", which gives transplant priority to patients aged 12 and older over younger patients, regardless of condition.  Sarah's doctors felt she was a candidate for adult lungs, which are available in larger numbers.  When UNOS refused to consider Sarah's dire situation, or the opinions of her doctors at Children's Hospital of Philadelphia, her family took her case to the Department of Health and Human Services.
The Secretary of DHHS, Kathleen Sebelius, refused to intervene in the lawsuit brought by Sarah's parents, saying that medical experts should make transplant decisions. But guess which medical experts she wants to make these life-and-death decisions?  Not the patient's doctors, but the "medical panels" of the government institutions.  It's not as if Sarah's parents wanted to push her to the top of the list over other suffering adults; they just wanted their daughter to have a chance to receive lungs based on her condition and the availability. 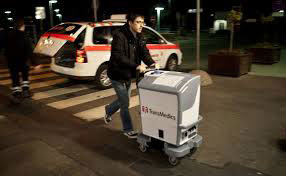 Thankfully, more compassionate hearts came into play.  Federal Judge Michael Baylson ordered Sibelius to lift the Under 12 rule for Sarah, and allow her to be given priority over older patients based on the severity of their condition, though only for ten days.  The family didn't have long to wait, and by mid-week Sarah had received her lung transplant and underwent successful surgery.  She has a long recovery ahead of her, but that word, "recovery", wasn't even a possibility before the judge's ruling.
I understand that there are many sides to this controversy.  There must be regulations in place to keep corruption and money from interfering with the process.  But here's my concerns and fears:  the human factor is often ignored in these cases.  Rules must be followed, but when we have a chance to save a life -- without endangering another -- why wouldn't we be inclined to do that?
Perhaps because we have created such huge bureaucratic, rule-making systems that no longer come in contact with the humans they are supposedly servicing.  In Sarah's case, the executive committee of the Transplant Network held an emergency meeting regarding her circumstances, but resisted making emergency rule changes for children under 12 who are waiting on lungs, instead creating a special appeal and review system to hear such cases.  They had the capability of giving Sarah the immediate help she needed, but chose to create another burdensome system!
Of course, we now have bioethicists who have become part of the decision-making process, as well.  They are supposed to provide moral discernment as it relates to medical policy, practice, and research.  But where were they when Sarah needed them?  Most likely caught up in the red tape of some committee!
Medical ethicist Arthur Caplan, of the NYU Langone Medical Center in New York, had this to say, "In general, the optimum road to a transplant is still to let the system decide who will do best with scarce, lifesaving organs. And it’s important that people understand that money, visibility, being photogenic … are factors that have to be kept to a minimum if we’re going to get the best use out of the scarce supply of donated cadaver organs."  In other words, folks, organ donations are going to be scarce in the future, and we can't let your personal story influence "the system".  You need to remain a number in the network, where some faceless panel or committee can decide whether you live or die.
I understand that we can't save everyone; that every life is precious and worthy of consideration.  But when we have the chance to bend a rule that doesn't exclude someone else from the medical help they need, why would we subject a fellow human being to a needless death?  Have we become a society where convenience and procedural correctness trumps our humanness and empathy for our fellow man?  How many more Sarah's are in our future?  How long before each of us is faced with this bureaucratic indifference?

Email ThisBlogThis!Share to TwitterShare to FacebookShare to Pinterest
Labels: Medical, Our Culture.