What's In a Book?

Some of my fondest memories as a child are of accompanying my favorite aunt to her job as City Librarian.  She lived in a small mid-western town and those were the days of Bonanza and The Brady Bunch, and when you didn't have to have a Masters in Library Science to serve your community's interests in reading material.
I can still remember the musty smell of all those books -- and all that knowledge -- and the excitement of spending a whole day immersed in historical novels, while my aunt performed her duties as "Caretaker of the Tomes".  Sitting still for her six-hour shift was no problem for me; I had access to any book I wanted.  And she allowed me to sneak in a box of candy every once in awhile; perks of being related to the boss.
She took her job seriously, and gave a lot of thought to her responsibility to the community.  She carefully perused available books; both new publications by popular authors, as well as classic favorites and time-honored masterpieces.  There was something for everyone at her library!
She passed away about a year-and-a-half ago; I lost her to that evil disease Alzheimers.  But I would still call her long-distance and we would discuss books; her favorites and mine as a child.  Somehow her mind became clearer when living in the imagination of her beloved books.  But it saddens me to say that I am glad she is not on this earth to witness what is being thrust upon today's librarians. 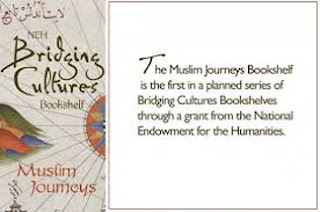 Gone are the days and traditions of local control when it comes to Public Libraries.  Librarians can no longer rely on knowing their own community's desires; or choose books based on reviews, patron requests, and librarian blogs.  It seems the National Endowment for the Humanities has a different process. Earlier this year NEH, as part of a “Muslim Journeys” project, shipped to 953 local libraries and humanities groups 25 books chosen by five “national project scholars” known for their positive appraisals of Islam.
These five "scholars" —Giancarlo Casale, Frederick Denny, Leila Golestaneh Austin, Kambiz GhaneaBassiri, and Deborah Amos—made the final selection of the 25 books. GhaneaBassiri told WorldMag.Com, “The purpose of this project is to give everyone who wishes to engage in dialogue about the issues it raises an opportunity to do so.”  But true dialogue involves contributions from two or more perspectives, which is what seems to be lacking from this "project".
Marvin Olasky, a contributer to WorldMag, a Christian news site, reports that the 25 books cost approximately $627 retail, making the total cost $598,000 plus shipping and handling. Some 125 of the libraries/humanities councils will typically receive $4,500 each to create local programs centered around a lecture on Islam, so there’s another $563,000. Throw in three videos sent to all the libraries along with the usual bureaucratic costs, and we’re still not talking big bucks: Since two foundations contributed, the cost to taxpayers is only about $950,000. But when readers want to learn about Islam at their local libraries, they’re likely to get only one side of the story—and for Muslim proselytizers, that’s priceless. 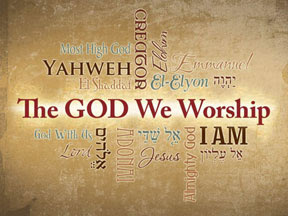 So I have what might seem an overly simple question .... if a Christian foundation wanted to bankroll a similar project; to discuss Christianity and its merits, would the National Endowment for the Humanities be as enthusiastic and cooperative?  I think we know the answer to that!
Jihad Watch director Robert Spencer said, “This is an egregiously propagandistic selection of books, designed not to give readers a balanced view of jihad, but solely a positive one.  All the scholars are disposed to obscure the links between Islam and terrorism.”
The NEH's own website, in promoting the "Muslim Journeys" project, has this to say:   “Through shared personal stories, we are able to see the world through someone else’s eyes, making the often abstract concept of the Muslim world less foreign and, in some cases, frightening.”  That's fine, but how can you educate impressionable minds about the "concept of Islam" without also presenting the fact that a new poll shows 64 percent of Egyptian Muslims favor the death penalty for those who leave Islam?  And what about the denigration of Coptic Christian women who are being abducted from the streets in Egypt, raped and forced into marriage and conversion to Islam.  After this depravity, they are dumped back on the street.  If they dare to return to their "infidel" families, everyone is marked for death.
I'm sorry, but it angers me to know that nearly $1 million of taxpayer money is spent on a camouflaged image of a tool of terrorism, while Christianity is vilified and any effort to discuss the virtues of Godly principles are silenced.  Do not insult me by inferring that this is a "dialogue".   This is nothing less than partisan propaganda for the explicit purpose of promoting a religious deception.  For those of us who know our Bibles, we know that there is only one true God; He speaks only Truth and He will not be mocked.  No amount of "scholarly spin" will change that reality.