U.S. Strong Arms The World On Behalf of Monsanto

A faithful reader, Lisa, pointed me in the direction of this story.  So today's post will actually expand upon an earlier report I presented, titled GMOs Receive Protection, an exposé on the so-called "Monsanto Protection Act."  Further research has revealed that our Government has not only lobbied on behalf of Monsanto in domestic legislation, but has also aggressively pressured international companies and governments to promote agricultural biotechnology, or as it is known by it's more popular name, "genetically modified food".
FoodandWaterWatch.org, along with its European component, have released a comprehensive analysis of how the U.S. State Department has lobbied the governments of foreign countries on behalf of such seed giants as Monsanto, Syngenta and Dow.  As you may know, the global seed market is worth around $15 billion, and it doesn't take much thought to see how a handful of these huge corporations might want to influence U.S. foreign policy and see their products promoted as part of pro-GMO policies and laws around the world. 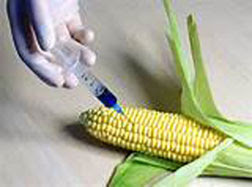 What surprised me is that biotechnology is not nearly as popular among governments in Europe and other countries as it is here in the U.S.  Make no mistake, the future availability of food for the world's growing population is of great concern to all; but there is more of an apprehension outside the U.S. about the health risks of agricultural biotechnology and the lengths to which such companies as Monsanto will go to genetically modify the food supply.
Food and Water Watch has even gone so far as to allege that "The U.S. State Department does the bidding of biotech giants like Monsanto around the world by "twisting the arms of countries" and engaging in vast public campaign schemes to push the sale of genetically modified seeds."  Besides the unethical aspect of the U.S. government lobbying on behalf of specific corporations, there is the additional aspect of U.S. taypayer money being used to fund the pressure.  Consider these abuses of our tax dollars:
•  The State Department, in effect, waged an advertising campaign directed at foreign reporters and opinion-makers in an effort to influence them to overcome widespread public opposition to Genetically Engineered crops and foods.   Our taxpayer dollars were used to host biotech conferences and public events in which the products of Monsanto, Dow and others were promoted.
•   The State Department targeted the developing world in their efforts to get such countries as Kenya, Ghana and Nigeria to pass legislation and implement regulations favored by the biotech seed industry.  They especially lobbied for more laws to protect the U.S. biotech exporters, as they pushed the accelerated use of agri-biotech products.
•  And if a foreign nation was still reticent about adopting a genetically-modified food source, then the State Department was only too happy to work with the U.S. Trade Representative to "encourage" the export of biotech crops and to force nations that do not want these imports to accept U.S. biotech foods and crops.  If your nation is suffering from food shortages, what choice do you really have?  But back here at home, American farmers and grassroots organizations are fighting back!
Ben Burkett, President of the National Family Farm Coalition says,  “An overwhelming number of farmers in the developing world reject biotech crops as a path to sustainable agricultural development or food sovereignty."  Apparently they aren't interested in subsidizing Monsanto's costly seed production and use of agrichemicals.
Pamm Larry is a leader of a U.S. national grassroots movement to label Genetically Engineered foods.  She was also the initial instigator of Proposition 37, a California ballot initiative to label genetically engineered foods that was narrowly defeated at the polls last November.   She had this to say:  “As we fight for the mandatory labeling of GE foods here in the U.S., it’s important that we also shed light on the ways that the pro-GE seed agenda is being forced upon other countries — because knowledge is power.”
Wenonah Hauter, Executive Director of Food and Water Watch, says the U.S. State Department is over-reaching its authority.  “Today, the U.S. government is secretly negotiating major trade deals with Europe and the countries of the Pacific Rim that would force skeptical and unwilling countries to accept biotech imports, commercialize biotech crops and prevent the labeling of GE foods. This madness must stop; the U.S. government should not be a shill for the largest biotech seed companies.”
Food and Water Watch has done an exemplary job in monitoring this situation and I recommend that you read their full report.  It concludes with the recommendation that all countries should have the right to establish their own acceptance of biotech crops and foods free from U.S. interference.  After all, the sovereign interests of foreign countries should come before the financial interests of Monsanto, don't you think?

Colossians 2:8    "See to it that no one takes you captive by philosophy and empty deceit, according to human tradition, according to the elemental spirits of the world, and not according to Christ."