Did She Really Say That?

You might have heard about the recent cultural flap over comments made by Volleyball star Gabrielle Reece.  In her book, titled My Foot Is Too Big For the Glass Slipper, Gabrielle had the audacity to say that she prefers to be the softer, more feminine and, dare she say it ... submissive ... partner in her marriage.
Well, you can imagine the uproar this kind of defection from the feminist position would cause.  Commenters accused her of being a poor role model for her daughters, and instead encouraged her to put herself and her own ego first.  Others took offense at her use of the word "submissive"; using it to conveniently tie in an attack on Christianity.
But here's the reality of what she said:  she and her husband choose to follow an admittedly "old-fashioned" dynamic, where she is clearly the female, and he is clearly the male.  And guess what?  It actually works in forming a balanced, committed relationship and a family structure that works for everybody.
Because here's what all the New Age feminists just can't seem to understand .... Men and Women are different!   Our strengths are different; our desires and needs are different; and yes, even our minds are different.  True, we should be treated equally when it comes to respect, honor, and even pay for equal job skills.  And in my God's eyes, we are equal in value, equal in dignity, and equal in worth.  What is so wrong about society allowing us to embrace our differences, yet acknowledge our equality? 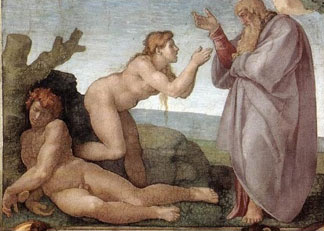 In that light, I am not afraid to admit that there are things PLW does better than me, or that there are tasks around the house that I am more naturally suited for.... not that either of us couldn't be taught to do the other's work; we just aren't naturally inclined.
And I'm not afraid to admit that I like to have doors opened for me; I like being protected and cherished; and I definitely like being married to a strong, dependable, bold MAN!  That's not to say that he is a caveman that drags me around by my hair .... he will be the first to tell you that I am not a meek, defenseless woman.  In fact, it is the challenge that we present each other that has made the last 26 years so much fun and stimulating.  And I wouldn't have it any other way!
But it is sad that our culture has gotten so far off track that it finds Gabrielle Reece's remarks to be worthy of such censure and excoriation.  It is my opinion that it is precisely because women have strayed so far from their inherent and natural roles that our society finds itself with a high divorce rate.  There is such confusion out there.  Young people suffer from sexual gender confusion, and yet we still see the sex-ification of our young children in advertising and entertainment venues.  And speaking of confusion .... There is actually an Australian lingerie firm that is introducing a line of women's underwear for men!  I can't even show you an image, it is so ridiculous and perverted!  The last thing I want to see is my husband in a thong, a padded bra or a teddie "that won't ride up."  You have to see it to believe it!  (I leave that decision up to you.)
But the bottom line is this, God created both man and woman in His image and likeness, but that does not mean He made us to be the same.  I was made to encourage and help my husband, to be a nurturer; while he was made to lead, guide and protect.  And you know, I like it that way, because we are both natural at our roles, and I don't want to really take over any of his duties.  He leads, but with respect for my opinion; we encourage each other; I enjoy providing for his needs; and we share common goals.
We compliment each other.  And that's really all Gabrielle Reece was trying to say.  Our culture has tried really hard to diminish the differences between the sexes, but in the end, it's our differences that make our partnership such a treasure.   That, and instinctively knowing that we are fulfilling each other, just as God intended it to be.