According to World Net Daily, a bill is heading to Colorado Governor John Hickenlooper’s desk that some lawmakers say would give members of the Secret Service broad arrest powers in the state, and could provide a national framework for federal agents to eventually enforce gun restrictions.
How would this work?  As you may recall, there are hundreds of county sheriffs nationwide who have stated that they cannot, in good conscience, enforce laws that go against the oath they took to defend the Constitution.  And they obviously feel that these strict gun control laws violate the Second Amendment of the Constitution.  Colorado State Representative Lori Saine says, “In theory if a Secret Service agent is in a county where the sheriff has refused to enforce some of the recent unenforceable gun laws, the agent could arrest an individual if he believes the law has been broken.” 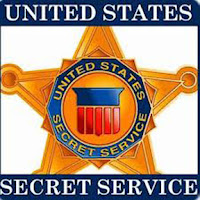 WND.com reports that the new bill regarding the Secret Service, SB-13-013, passed on a nearly party line vote in the Democrat-controlled Colorado House and is now awaiting the governor’s signature. The bill grants members of the Secret Service arrest powers by considering them to be a peace officer, putting them on a par with state law-enforcement officials with respect to arrest authority.
The legislation applies not only to agents guarding the president or other government officials, but also to special agents, uniformed division officers, physical security technicians, physical security specialists and special officers of the United States Secret Service.
When legislators tried to find out why this was necessary, they were given several conflicting answers; everything from disruption to a Presidential motorcade, to check and wire fraud.  Apparently they finally settled on the official line that the purpose of the bill was to make it easier to hold a person for mental health reasons; in effect, so that a 72-hour mental hold could be instituted against a citizen.  But Colorado State Senator Kevin Lundberg said, “I found it curious that this was the big reason they thought they needed it. Currently a police officer, doctor, psychiatrists, registered nurses and other professionals [just on the strength of their word] can say they want a person taken against their will and put in a mental institution for up to three business days for an evaluation as to whether they are mentally sane or a danger to themselves or others. (It could be even longer if it was over a weekend).”
But Senator Vicki Marble, of Fort Collins, saw red flags with this reasoning:  “It’s very suspicious, because we have the separation of federal, state and even the local police services. Everyone has their own jurisdiction, and there is a special reason for keeping federal agents away.  No federal authority should have the ability to detain somebody for 72 hours.  If there is a legitimate reason for doing so for someone who is mentally ill, that should come at the local level where people in the community know one another.”
Marble went on to say that the mental hold was the reason the bill slipped under the radar. “The mental health hold was what they testified to in committee, and that was the big thing they didn’t want to get out, but it does give them the authority to put that hold on people.”
Senator Lundberg said, “If you look at the bill, it says they can operate alongside of local police authorities and function as equals you might say,” he said. “However, when you read it carefully it basically gives them state police power so whatever power a regular policeman such as the state patrol, sheriff’s office or local police has, they will have also.”
As the bill is currently written, it states that the agents are automatically granted peace officer status when several conditions apply. For instance, if the agent is responding to a non-federal felony or misdemeanor being committed in their presence, the bill would give him the full authority to arrest any Colorado citizen.  Currently, the Secret Service has no traditional law enforcement authority; they are under the power and scope of the Federal Department of the Treasury.  To say the least, this is an incomprehensible leap of power and jurisdiction.
The bill also gives the Secret Service agents wide discretion to arrest citizens based merely on probable cause that a non-federal felony or misdemeanor involving injury or threat of injury to a person or property has been or is being committed. 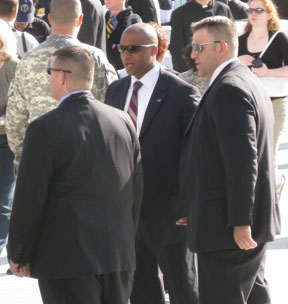 Representative Saine said she believes the bill is intended to be used as a foundation for later legislation that will surrender still greater control to federal officials. “There’ve been so many explanations for the reasons they really need this bill passed. So what is it really?” Saine asked. “I believe it is intended to be used for setting up a framework so that at some other time they could expand it to possibly include being able to arrest a sheriff who is refusing to enforce unconstitutional laws. They would justify it by saying that since we’ve already given the Secret Service this ability, why not give them just one more?”
But this craftily written Colorado bill is just the tip of the iceberg.  As you may be aware, county sheriffs across the country are pushing back against restrictive gun control laws, and it could very well be that this pushback is the reason lawmakers are crafting similar bills in other states.  “The bills are a model for what they’ll try to push in Congress,” said Independence Institute research director and Denver University law professor Dave Kopel.  “Colorado is [simply] a pawn for the Obama-Biden plan,” he added.
And, in fact, Vice-President Joe Biden called undecided Democrats in Colorado and pushed for passage of the bills. “He’s watching us, and if we had a chance to move these bills forward, what an important signal it would send to the rest of the country if a Western conservative state passes such legislation,” said Democratic State Representative Tony Exum Sr., of Colorado Springs.
While the gun control lobbyists have centered their tactics on Colorado and hope their efforts will become a model for other states, the opposite is actually happening in quite a few states where laws that preserve gun rights are gaining momentum:
•  The first of these was the Firearms Freedom Act passed in Montana, which says any firearms made and retained in-state are beyond the authority of Congress under its constitutional power to regulate commerce among the states.
•  Two senators in Ohio have introduced a bill which would prohibit firearms seizures, registration and bans in their state.
•  A bill in Kentucky would prohibit the state from enforcing new federal gun-control laws, if enacted.
•  Idaho’s House passed a bill that would criminalize enforcing any new federal laws that ban, restrict, confiscate or require registration of firearms or ammunition in violation of the state’s constitution.
•  A bill in Louisiana would prohibit the enforcement of federal restrictions regarding the ownership or possession of semi-automatic firearms.
•  A bill that would prohibit the enforcement of federal gun laws passed in the House Public Safety Committee in Oklahoma.
•  The Texas House is considering a measure to prevent state and local police from enforcing new federal gun-control measures.
•  A bill in Arizona would make it a felony for the federal government to enforce new laws or regulations on guns, accessories and ammunition owned or manufactured in the state.
•  And a bill in Michigan would exempt firearms and firearms accessories made and sold exclusively in Michigan from federal gun restrictions.
•  Some of the strongest language to that effect has come from Utah, where 28 of the state’s 29 elected sheriffs signed a letter to President Obama warning him not to send federal agents to start confiscating guns.
•  Similarly, in New Mexico in January, 30 of the state’s 33 county sheriffs paid a visit to the state house, reminding the governor and state congressmen that a sheriff’s job is to defend the Constitution, including the Second Amendment.
So, as you can see, Colorado is on the front lines of this battle to protect the Second Amendment, and finds itself smack dab in the middle of the controversy over strict gun control measures.  Will the federal government be able to implement a national framework for more control through back-door language in bills before the Colorado Legislature?  Or will the States retain their sovereign power, and the County Sheriffs maintain their authority?  It is obvious that our individual rights and freedoms depend on who blinks first.