This is a tough topic to write about, and will most certainly be viewed by some as typical of "close-minded Christians" and the exclusivity of Christianity.  However, I make no apologies for my Biblical view.  Everyone is free to believe as they wish, and I choose to stand on the Word of God.  And because of that, I am deeply concerned about the growth of Universalism, or Ecumenicalism.

I think the simplest way to understand this concept is to realize that there are those people who believe in universal salvation; they believe that all people eventually end up in heaven.  If you're a Christian that can mean that you believe that all humans either may or will be saved through Jesus Christ and eventually come to harmony in God's kingdom.  I don't think I am wrong in saying that everyone has the opportunity to be saved through Jesus, but when Christians delete the requirement that one must come through Jesus to obtain salvation, then they are treading on dangerous ground.
Here are just a few examples where I see the threatening rise of Universalism: 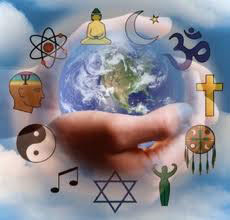 1)  Dallas Willard, is a graduate of Tennessee Temple University, and a professor at the University of Southern California (and a Southern Baptist) said, “I am happy for God to save anyone he wants in any way he can. It is possible for someone who does not know Jesus to be saved.” (Dallas Willard, Cutting Edge, Winter, 2001.)  That is Universalism; the belief that everyone will be saved.  Hmmm, that's pretty contradictory to what God tells us in Acts 4:12: “Neither is there salvation in any other: for there is none other name under heaven given among men, whereby we must be saved.”
2)  I know I will be excoriated for even thinking this, but I am disturbed by comments made by the much-respected Billy Graham during a television interview on Robert Schuller's Hour of Power.  You can watch this portion of the interview on Youtube, or read it here:  “He’s calling people out of the world for His name, whether they come from the Muslim world, or the Buddhist world, or the Christian world, or the non-believing world, they are members of the Body of Christ, because they’ve been called by God.  (So far so good; I believe that God can reveal His Son to anyone of any faith.  But here comes what set my spider senses on edge.) They may not even know the name of Jesus, but they know in their hearts that they need something that they don’t have, and they turn to the only light that they have, and I think they are saved, and that they’re going to be with us in heaven.” That is universalism!  Because, you see, this allows anyone to obtain salvation from any god .... "the only light they have" may be Buddha, Allah, or Mother Earth ... they don't even have to know who Jesus is!
I can in no way deny that Billy Graham has brought millions to faith in Jesus Christ.  But I'm worried that these kinds of statements are flirting with false doctrine and may lead many Christians astray.
3)  Then there's Joel Osteen, who stops short of saying that Jesus is the only way.  On Larry King Live, he had this to say:  “You know, I’m very careful about saying who would and wouldn’t go to heaven. I don’t know ….I spent a lot of time in India with my father. I don’t know all about their religion. But I know they love God. And I don’t know. I’ve seen their sincerity. So I don’t know. I know for me, and what the Bible teaches, I want to have a relationship with Jesus.”  Talk about a lukewarm Christian!  And I will agree with him on one point .... he doesn't know!  So here's where I stand: if you are going to call yourself a Christian, then you must profess that the way to eternal life is through Christ.  Not Buddha or Allah or Nature!  Everyone is free to believe in anything or anyone they wish, and if you want to be a Universalist, then fine; just don't pollute my faith with distorted Scripture. 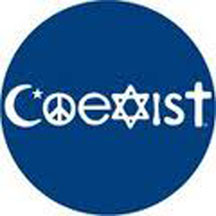 4)  And lest you think that I am just picking on Southern Baptists, here is a bombshell that will surely offend some of you --- although this is sincerely not my intent.  I just want us to be awake and aware of some threats looming over our faith.  So here goes:  Zenit.org, a website from Rome, recently published a speech Pope Francis delivered to an Ecumenical meeting of representatives from the world religions.  In the speech, the Pope greets "the Muslims, who worship the one God, living and merciful, and call upon Him in prayer."  But are Allah and Jehovah the same?  My Bible refutes this!  He goes on to say, "We feel close even to all those men and women who, whilst not recognising themselves belonging to any religious tradition, feel themselves nevertheless to be in search of truth, goodness and beauty, this truth, goodness and beauty of God, and who are our precious allies in efforts to defend the dignity of man, in building a peaceful coexistence among peoples and in guarding Creation carefully."
Don't get me wrong, I am not advocating enmity between Christianity and other religions; indeed, Christ calls us to exhibit His love towards all others, and thereby reveal the truth of His existence.  But when you come close to equating Christians, Muslims and Agnostics or Atheists as worshipping the same Truth, then are you not negating the Supremacy of Christ?
In the end, Universalists would say, “Look, Christ died for everyone and any sincere person, of whatever religion—even no religion, will go to Heaven even if they have never heard the name of Christ and will discover that they got to Heaven because of His death.”  If that is so, then the Bible is a farce; hell is a fraud; preachers are fakers; tithers are fools and martyrs are fanatics.
It appears as if there is a HUGE emphasis on the love and compassion of God—and a desire to negate the righteousness and justice of God; that God is so full of love and mercy that He will allow all people into heaven. God is certainly full of love and mercy; it was these qualities that led Him to send His Son, Jesus Christ, to earth to die on the cross for us.  But it is important to look at the whole picture.  John 3:16 says, Whoever believes in the Son has eternal life; whoever does not obey the Son shall not see life, but the wrath of God remains on him.
One verse that Universalists point to in order to support their all-inclusive, or ecumenical, position is 1 Corinthians 15:22 .... For as in Adam ALL die, so in Christ ALL will be made alive. (Emphasis added).  I would argue that the correct emphasis is .... For as in Adam ALL die, so IN CHRIST all will be made alive.