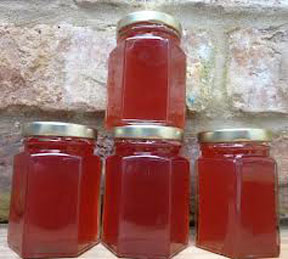 Here is one of the more ludicrous anti-Christian moves by our Federal Government:  It would seem that since 2011, Louisiana resident Shirley Elliott has sold produce and homemade jellies at Thibodaux Farmer’s Market near Jean Lafitte National Historic Park in Louisiana.  Now, anyone who has tasted the distinguished delicacies of the Bayou State, knows just how special they are.  But it wasn't just the homemade jellies that Shirley was offering.  She also gave away Bibles to anyone who wanted one.
But apparently an overzealous Park Ranger felt the Bibles could not be distributed near the Park because Shirley's booth was "on federal property."  But Shirley wasn't going to be discouraged that easily.  She knew that Park regulations allow vendors to sell locally grown produce and other homemade goods and handcrafts. Regulations also allow for “non-profit organizations with missions related to … education, youth and/or nutrition” to participate in the market on an equal basis as vendors.
That's when Liberty Counsel, an international nonprofit organization dedicated to advancing religious freedom got involved.  They provide pro bono assistance and representation on cases like Shirley's.  “A decision to allow free distribution of the things mentioned above, while disallowing and requiring the removal of Bibles and other religious literature … would be improper and discriminatory,” Liberty Counsel attorney Richard Mast said in a statement to the superintendent of Jean Lafitte National History Park.
It didn't take long for the acting superintendent of the Park to back down.  Two days later, he responded, saying, “We regret the misunderstanding regarding the distribution of religious materials.”
The superintendent said the National Park Service “respects the right of vendors to make free religious materials available.  Please assure Ms. Elliott that she is welcome to offer free Bibles at her produce and homemade jellies table.” 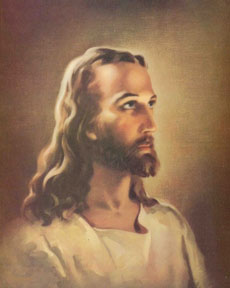 What's amazing to me is the audacity with which every federal employee feels he/she can limit the exercise of a citizen's First Amendment right.  Perhaps they are emboldened by the ACLU's win whereby a portrait of Jesus that has hung in a southern Ohio school district since 1947 was taken down because of a lawsuit filed on behalf of a student and two parents, calling the portrait an unconstitutional promotion of religion in a public school.  The “Head of Christ,” a popular depiction of Jesus, had been in an entranceway’s “Hall of Honor” in a middle school building that was formerly the high school. It was near portraits of dozens of prominent alumni and people with local roots such as the late four-term Ohio Gov. James Rhodes.
But the costs of battling the federal lawsuit proved too much for the school district, and the portrait was taken down.  “At the end of the day, we just couldn’t roll the dice with taxpayer money,” Superintendent Phil Howard told The Associated Press. “When you get into these kinds of legal battles, you’re not talking about money you can raise with bake sales and car washes. It’s not fair to take those resources from our kids’ education.”
But whether it is a sentimental portrait or a free book, the deceived of this world are strengthened in their fight to keep us from expressing our faiths and belief in Jesus.  It is crucial that every Christian not be bullied by those, whether from the public or private sector, that would seek to remove Christianity from the public square.
As the founder and chairman of Liberty Counsel so eloquently stated, "“It is the right of every American to advocate a religious viewpoint. Offering books or literature to willing recipients is protected by the First Amendment.  Mere disagreement with the content of the speech is not sufficient to deny those constitutional rights."  We must not back down!

Psalm 43:1     "Vindicate me, O God, and defend my cause against an ungodly people; from the deceitful and unjust man deliver me!"