Yesterday, the buzz among the New Media was all about Senator Rand Paul's filibuster on the nomination of John Brennan as Director of the CIA.  This was interesting for several different reasons. 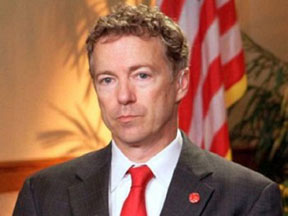 First of all, the Mainstream Media treated the event as insignificant; not worthy of coverage by real news outlets.  Granted, Senator Paul's filibuster of nearly 13 hours didn't come close to Senator Strom Thurmond's filibustering of the Civil Rights Act of 1957, which lasted for 24 hours and 18 minutes; or the group of Southern Democratic Senators who filibustered for a collective 75 hours in protest of the Civil rights Act of 1964.  Yet, I would venture that Paul's reasons for filibustering were far more serious than those who came before him.  This time there was more at stake than the right to vote.  This time the Senator wanted answers to some very important questions about our fundamental right to freedom.
And that brings us to another reason this particular filibuster should have been the lead story on every media outlet.  The filibuster was not so much about John Brennan's qualifications to be CIA Director, as it was about needing clarification as to the how, when, where, and under what circumstances Brennan, the Justice Department, and the White House think they have the right to kill American citizens -- in our homeland -- with drone strikes.  Don't you think those are some important questions that should be answered before giving a "yes" vote on this man's nomination?  Don't you think that the American people --- the very people who might become targets of these drone strikes! --- deserve to know what limits the CIA Director and his bosses see on their power? 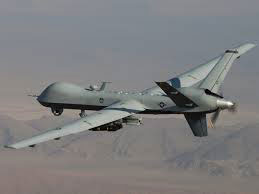 As you know by now, this series of events came about because Senator Paul sent a letter to nominee Brennan, requesting additional information concerning the Administration's views about whether "the President has the power to authorize lethal force, such as a drone strike, against a U.S. citizen on U.S. soil, and without trial."  What he got was a thinly disguised "brush off" by AG Holder, in which he stated, "The question you have posed is therefore entirely hypothetical, unlikely to occur, and one we hope no President will ever have to confront."  Then comes this chilling statement:  "It is possible, I suppose, to imagine an extraordinary circumstance in which it would be necessary and appropriate under the Constitution and applicable laws of the United States for the President to authorize the military to use lethal force within the territory of the United States..... Were such an emergency to arise, I would examine the particular facts and circumstances before advising the President on the scope of this authority."  If you didn't gasp after reading this response, then I suggest you go back and read it again!
What rightfully concerned Senator Paul was the fact that the AG appeared to see himself as the ultimate authority in determining the President's authority; not the Constitution!  This further concerned Senator Ted Cruz, who insisted that AG Holder clear up the confusion concerning his statement in the letter.  In a strongly worded round of questioning during a Senate Judiciary Committee hearing, Senator Cruz asked a simple legal question: Does the Constitution allow a US citizen, on US soil, who doesn't pose an imminent threat, to be killed by the US government?  It was clear throughout the exchange that the AG did not want to give a definitive answer.

And that folks, is what was at the heart of Senator Paul's filibuster.  And every American should thank him for having the courage to take a stand.  Because he would not back down in demanding an answer, he effectively used the filibuster to bring this issue to the attention of the American people.  How many other nominations have gone unquestioned and unchallenged?  For the first time in a long time, I actually felt as if a member of the US Congress was actually looking out for us; was actually putting the Constitution before his own self-promotion.
And the added benefit?  Senator Paul's approach to this issue was not along party lines.  In fact, he had some support from across the aisle, while the Old Guard of the GOP actually denounced his efforts on behalf of the people.  I found it disturbing and repugnant that John McCain attempted to take his younger colleague to the wood shed.  In denouncing the demand for answers, McCain said, "The country needs more senators who care about liberty, but if Mr. Paul wants to be taken seriously he needs to do more than pull political stunts that fire up impressionable libertarian kids in their college dorms."  Senator Lindsay Graham made the asinine statement, "“I do not believe that question deserves an answer," referring to Senator Paul's asking whether the president has the power to kill Americans here at home.  As if this ridiculous comment wasn't enough, Graham announced that he had originally decided to vote against Brennan's nomination, but said the filibuster has now actually pushed him to support Mr. Brennan.  Excuse me, Senators, but you no longer speak for me!
And by your remarks, you have just made yourselves irrelevant.  There's a new crowd in DC, now, and their numbers are growing.  Senators like Ted Cruz, Marco Rubio, Tim White, Mike Lee and Pat Toomey stood with Rand Paul and helped him hold the floor during the filibuster, while Senators McCain and Graham attended an old-style private dinner at the White House.  Now tell me ..... which group do you have more confidence in?  The men who bolstered the Constitution on our behalf, or the ones who met in secret behind closed doors?
And finally, I just have to commend Senator Paul for taking this drone controversy and using it to make us look at the political, legal and moral ramifications inherent in Government with a capital "G".  He brought our focus back to the fundamental reason for government --- it is not to be used to exercise control over specific groups of citizens, but to promote our individual rights to live freely.  That's what the Constitution is all about; limited government and personal freedom.  There was a new and refreshing sound coming from the floor of the Senate the other night.  And it was music to my ears!

Proverbs 11:3    "The integrity of the upright guides them, but the unfaithful are destroyed by their duplicity."