Just What Is A "Garden-Variety" Slap Across the Face?

This post will be short and not-so-sweet.  This week, Vice-President Joe Biden once again showed his ignorance and lack of sensitivity.  In his attempt to explain a new Maryland Domestic Violence Initiative, (originated at the Department of Justice) Biden made the following statement:  We’ve learned that certain behaviors on the part of an abuser portend much more danger than other behaviors. For example, if an abuser has attempted to strangle his victim, if he has threatened to shoot her, if he has sexually assaulted her, and there’s a number of other signs, about eight others. These are tell-tale signs to say this isn’t your garden-variety slap across the face which is totally unacceptable in and of itself.... 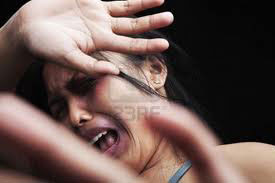 His comment was made in an attempt to explain an Assessment Program being launched in Maryland.  Here is the official description of this program:  The Maryland Lethality Assessment Program uses the Danger Assessment to screen victims at crime scenes, protective order hearings, and in hospital emergency rooms. If a victim screens in as high-risk for serious injury or homicide, the first responder immediately calls the local 24- hour domestic violence hotline and encourages the victim to talk to the hotline worker. The goal of this project is to prevent domestic violence homicides and serious injuries by encouraging more victims to use shelter, counseling, advocacy, and other domestic violence services. Linking victims with services is critically important, because while these couples may be known to the criminal justice system, the victims have rarely sought help from domestic violence service providers. In the last five years, a total of 17,604 victims were identified as high risk using this tool. Fifty-nine percent spoke to a hotline counselor at the time of screening. Thirty- one percent of this group sought further services from the domestic violence programs, and none of these victims have been killed or seriously injured. At a time when some states are reporting increases in domestic violence murders, Maryland witnessed a 41% drop in intimate partner homicides over three years.
Apparently the Program is interested only in "high-risk" victims, and perhaps they, like our esteemed Vice-President, view a slap across the face as less portentous of serious injury or homicide.  I would like to refer them to the definition of "slap":  1) a blow with the palm of one's hand or a flat object;  2) reprimand someone forcefully;  3) suddenly and directly, especially with great force.  And to further define this action as "Garden-variety" is repulsive.  There should be nothing usual, ordinary or commonplace about delivering such a blow to the face of a woman.
If they are truly interested in eliminating domestic abuse, then any action of physical harm against a woman should be unacceptable!  Just because it doesn't result in broken bones, bleeding wounds, or God forbid, death, doesn't been it isn't just as abusive.  To attach "degrees of abuse" to any kind of assessment program does not serve the interests of women.  Shame on the Vice-President and the Department of Justice.