Yesterday I heard a very good sermon which spoke to an issue I had just experienced.  (Isn't it amazing how often God knows exactly what the preacher should talk about to address an area in your life?)   I have a feeling that I'm not the only one who is facing this situation, so I thought I would share.
The wise pastor began by talking about "the Dash" that each of us possesses.  It's really very simple.  "The Dash" pertains to that span of your life between the date of your birth on your tombstone, and the date of your death.  That dash represents your life and the path(s) you have taken. 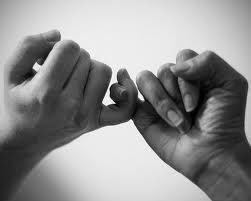 This past weekend a very good college friend of nearly 40 years came to visit from out-of-state, as she does about once a year.  You need to understand that this friend and I were inseparable in our college years, sharing many adventures and being of like minds.  She is very well-educated and has had a successful career as a medical doctor; lives in an affluent neighborhood; and likes all the luxuries of life.
Even though I do not possess all the worldly trappings of her success, she still sees us as the same bosom buddies we were in our college years.  The problem is this:  along the way, I discovered the grace of Jesus and He became my Savior, and she resolutely denies the power of faith.  Now, that alone might be enough to sever our friendship, but I have continued to love her in the hope that I might be used as an instrument to open her heart.
But this past weekend was the most painful and difficult meeting we have encountered in all our years as friends.  Not only is she completely closed to any discussion on the Bible or belief in God;  but she is completely unschooled in the reality of our world.  As far as the Good Book is concerned, "it is just a bunch of stories written by men, and they have been changed and altered throughout the centuries by men, so they could not possibly have any foundation as a word from any sovereign God."  We've all heard that argument before, right?  So she prefers to just live her life as a good person, treating others with kindness, blah, blah, blah.  "That's a good way to live your life," I say.  And then after a long pause, I asked, "But what happens after you die?"  After her blustering dissertation on the fallibility of the Bible, her response was sobering and subdued .... "Well, that's a problem, because I just don't know, and that bothers me."
Well now, I could have hammered home my argument, but I decide to back off a bit and let that sink in, handing it over to the Holy Spirit.  I've made my point and I know that she will have to reconcile this sticking point, because she had reminded me several times that being a doctor, she relies on science and the principles of proven facts to reach her knowledgeable opinions.  Let's see just how far science will take her with that eternal dilemma! 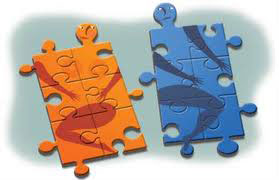 So, you might think that we could just continue our visit, keeping to superficial topics and memories of days past, right?  But nooooo, she needs to impress upon me just how much she knows about current affairs and share her battle with federal unions through her job with the Veterans Administration.  Once again, I listen to a long discourse on the evils of unions and how she feels they are being "trained" in their tactics, etc.  I listen politely, agreeing with her.  But then she makes a sharp, right-angle turn to tell me that she admires the humanity and good hearts of men like Jimmy Carter and Bill Gates!
It takes all I can do to keep from choking!  I reply that, yes, they have done some good things for humanity, but when I ask her to consider Carter's anti-Israel stance on Palestinian statehood, and Gates's view that vaccines can be used to depopulate the world's burgeoning population, she refuses to consider that these are valid statements and accuses me of supporting ridiculous conspiracies.  I told her, "No, I just spend lots of time researching alternative news sites, other than the MSM.  I don't just take the word of a talking head.  I try to get as much information as I can and make up my own mind.  How much time do you spend coming to your conclusions?"  Well, of course she is too busy filling out all of her government paperwork; and what spare time she has, she prefers to seek personal fulfillment through her theater group or zumba class.
When I try to make her see that she just doesn't have enough information to discount my theories, she accuses me of trusting no one.  "Oh, no," I respond, "I know I can trust in myself, my husband, and my God."  She continues to protest.  "Isn't there anyone on the national scene that you like? That you think is trustworthy?"  I think a minute, and answer, "At the moment, I'm pretty impressed with Ted Cruz and Rand Paul."  She looks at me with a puzzled look.  "Who are they?"
Then I knew for certain that she represents what I am afraid is still a huge segment of American citizens.  I've begun thinking of them as the DUMBs (Determined to remain Unawake, Mindless, and Blind). They are comfortable in their upscale lifestyles, get their knowledge of current events from one-minute soundbites, and believe every public relations propaganda that is spewed about their heroes.  It hit me like a ton of bricks ..... we don't have a single thing in common anymore.  Here is a person that I counted as a lifelong friend, but we view this life from such different angles, is it possible to preserve what we once had?
At this point in our conversation, it became so strained that she removed herself to our outdoor deck to smoke a cigarette (why do so many doctors smoke, if they are supposed to be so intelligent?).  PLW wandered from his studio to join her, unaware of the tension in the air.  She told him she didn't want things to get contentious, and he told her, "Belle is just worried about you.  The world is getting ready to be very dark and ugly and she wants you to be prepared, both spiritually and physically.  You need to know what's going on."  Her answer is typical of the DUMBs:  "I just can't look at all of that.  I don't have time and I don't want to think about it.  I choose to concentrate on the things that make my life happy. I only have a few years to retirement, and then I'm golden."  Of course, she has no idea that her golden government retirement is in jeopardy if the dollar crashes ("that will never happen"); we get hit by an EMP ("what is that?"); or any of the other sundry "conspiracies" that I am foolish enough to embrace. 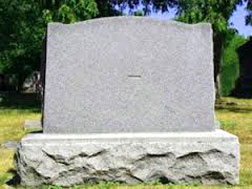 So that brings me back to the Pastor's discourse on our "dashes".  Apparently my friend's dash, and mine, have taken wildly divergent paths.  We have each made our choices and they have taken us to such different places.  The question is, can we continue to pretend that we are the same people we were all those years ago?  The answer for me, is "no".
I can continue to love her and pray for her and respect her for what she meant to me in my youth.  But I cannot forsake the path that I have intentionally sought in order to make her feel comfortable.  I don't deny that her path has been just as deliberate, but I cannot honestly say that I like where it has taken her.  While both our paths might have been intentional, mine is to serve a purpose higher than myself and to finish with more than a golden, comfortable exit.  Hopefully, we still have lots of years left, living the lives we have chosen.  But she has no idea of what might be coming; no interest in considering any future but a rose-colored one; and no spiritual protection from the evil coming on the earth.
I'm sure this was an eye-opener for her, as it was for me.  She came, expecting to relive our glory years, and instead found that our "dashes" have become incompatible, uncomfortable and unfamiliar.  Our perspectives are so vastly different.  Unlike my friend, I'm not satisfied to just reach a predetermined goalpost. I am going to cross over that finish line, because there is no finish or end to my path.  My life doesn't end when my body ceases to exist.  When I die, I will enter into an eternal life and reside with Jesus.  In fact, He has gone there to prepare a place for me!  That is my definition of golden!
She assured me that we will meet again this time next year, because above all else, she is a loyal friend and will never abandon the vision she has of us as friends.  So perhaps in another year, with God's help, I will be able to take her a step closer to finding new meaning in her "dash".  I can hope, can't I?

Hosea 14:9    Who is wise? Let him understand these things. Who is prudent? Let him know them. For the ways of the Lord are right; The righteous walk in them, But transgressors stumble in them.