Revisited: Our County Sheriffs and the Constitution

It is not my practice to repeat the subject of a previous post, but there is an issue that is becoming more relevant by the day, and what I wrote nearly a year ago bears restating.  In a post titled What One Man Can Do, I introduced you to Sheriff Richard Mack, who, in 1993, filed a landmark lawsuit against President Bill Clinton and the U.S. Government over their intrusion on States Rights.  You can read the history of that lawsuit in my previous post.  (By the way, the suit went all the way to the Supreme Court, and Sheriff Mack won!) 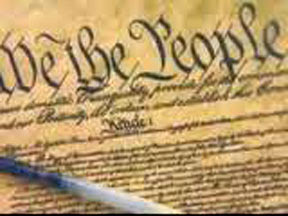 In that post, Sheriff Mack laid out the Constitutional duties of our County Sheriffs.  If you haven't read it, please do.  You need to be aware that your County Sheriff is the last line of defense against a tyrannical and over-reaching Federal Government.  And if you have read it; read it again ... and pass it on to someone who needs this information. It is incumbent upon each of us to know the Tenth Amendment and the specified limits on government entities:

In short, if powers are not specifically delegated to the Federal Government, or the Constitution doesn't specifically prohibit them [powers] to State governments, then those powers belong to the States  or to the people .... not the Federal Government!
When I wrote the post last May, there was a growing sense that gun control was on the horizon. And Sheriff Mack was criss-crossing the country, educating the populace of their rights.  Now, nearly a year later, we've blown right past that issue, and there is talk of gun bans, universal background checks, and even gun registration.  That is why this topic needs to be revisited!
Within the last year, Sheriff Mack has formed an organization called Constitutional Sheriffs and Peace Officers Association (CSPOA).  Their mission is to equip sheriffs, peace officers and public officials with the necessary information and public support to carry out their duties in accordance with their Oaths of Office.  As of this writing, 312 Sheriffs have publicly proclaimed their stance.  They will support the oath they took to defend the Constitution, and to defend the Bill of Rights as it pertains to their citizens.  Let's hope that the number grows. 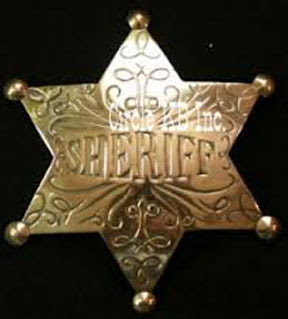 But Sheriff Mack is not alone, thank God!  Last week, four brave Sheriffs took to the public airwaves and appeared on The Blaze, Glenn Beck's TV network.  The Sheriffs represented the states of Oregon, Wisconsin and Missouri.  All spoke boldly about their duty to defend the Constitution and the rights of the citizens to bear arms.  They were passionate and firm in their resolve.  They all stated that they felt the Constitution was under attack and the Government was overstepping its bounds.  All announced their intentions to safeguard the rights of the citizens of their counties and to defend and protect the Constitution.  They also realize that pressure may be brought to bear against them in the near future, but all felt it was time to take a stand.  Sheriff Tim Mueller of Linn County, Oregon said, "If not us, then who?"
Sheriff David Clarke, of Milwaukee County, Wisconsin has received criticism for his controversial ad in which he urges citizens of his county to get training and be prepared to protect themselves.  He sees the value in "partnering" with his constituents to keep their communities safe.  In the end, Sheriff Clarke says it's "about Liberty".
And at the end of the roundtable discussion, host Beck seemed to sum up the sheriffs' collective conscience:  “You have a right to own the firearms of your choice,” Beck said. “That right shall not be infringed. It’s not about hunting, it’s not about target practice, it’s not even about rape or home defense. It is about an armed public being necessary to keep people free. An unarmed public is a tyrant’s playground.”
These brave Sheriffs, along with the growing number of their fellow law enforcement officers are carrying on the legacy that Sheriff Richard Mack initiated back in 1993.  It IS an issue of States Rights!  As Sheriff Mack has pointed out, "The Constitution gives the federal government the authority to police exactly four areas: treason, piracy, treaty violations and counterfeiting."  Anything beyond that is within the jurisdiction of local and state authorities.
The bottom line is this:  The Sheriff is the chief law enforcement authority in most counties, and he is elected by the ultimate power source, We The People. These lawmen know their duty and to whom they owe allegiance.  That have read the Constitution, and nowhere in it do they find authorization for the federalization of law enforcement.  In fact, they might argue, the Constitutional system gives the local police higher authority than any federal agent when it comes to enforcing the laws in their counties.
So get to know your County Sheriff.  Find out where he stands on these issues and how he will respond if called upon to violate your Constitutional rights.  You have a right to know if you will be protected.  Sheriff Clarke is correct.  It is a partnership, and together we can stand for Liberty.

Proverbs 29:2     "When the godly are in authority, the people rejoice. But when the wicked are in power, they groan."
Posted by Pam Kohler at 7:00 AM