I'm Ready To Secede .... From the Culture

As the Conservatives and Libertarians lick their wounds from this last election, there is the inevitable talk of secession.  Many proponents of this idea think it is a simple matter of a state declaring its intent to secede, and if they can get enough votes from the constituents, it's a done deal.  But I would remind them that the last time a state and section of the country attempted to remove itself from the Union, it resulted in four long, bloody years of national upheaval and war.  We do not want to go down that road again. 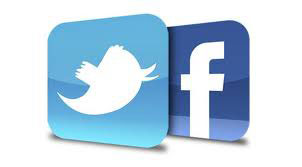 However, there is a way to withdraw or separate ourselves within our national structure.  And if adopted by the majority who think likewise, it could actually benefit the nation.  Let me explain.  For awhile now, PLW and I have made an exerted effort to avoid all the traps and negative aspects of our society that we dislike or disapprove of.  For instance:  We don't watch TV shows or go to movies that offend our sense of morals and faith, or watch one-sided documentaries that present a slanted version of history.  We don't read books like 50 Shades of Grey just because they're the latest rage.  We don't tweet or facebook our every insignificant thought, and we don't line up for the latest version of iphone, ipad, or whatever the latest "must-have" technological advance might be.  By now, you should be getting the picture.   We have never been, nor will we ever be, a robot that mindlessly follows the dictates of the culture.  If that makes us old-fashioned, or out of step, so be it.  At least we maintain as much of an independent style of life as possible.
And maybe that is the direction that we faith-based/conservatives/libertarians need to consider.  Let me expound on this idea .... it's pretty much a given that the Leftist Progressives are winning the culture war.  As I wrote yesterday, they have succeeded in revising, if not completely rewriting our history, so that our kids no longer know what it means to be an American.  They have completely captured the youth through social media and entertainment.  We've lost that battle.  But is there a way to regain ground?  I think so. 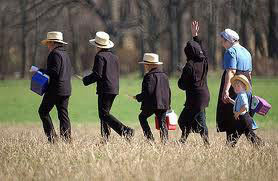 I read an interesting article the other day, and it got me to thinking.  It pointed out that both the Amish and Orthodox Jewish communities have been successful in maintaining their identities, their histories and their cultures.   Perhaps those of us with "traditional" values should stop trying to mimic the tactics of the Progressives, and take some tips from these two groups.  They have been largely successful at insulating their youth from the negative aspects of a culture that increasingly disparages the family unit.  How have they done it?
They have created their own alternative education and entertainment, and they have grouped themselves into communities that act as a support structure for their traditional values. I'm not suggesting that we all form a commune and "live off the land", but we can form alliances with people who share our values and desires for our families.  You see it in home-schooling cooperatives, where families share education duties and offer alternative entertainment venues for their children.  Who says your kids can't enjoy their childhoods without ever having seen a "Twilight" movie?
We must realize that the Progressive, and oftentimes, Godless movement is well aware that they move their agenda forward through the influence they have on our children through the educational system and the entertainment industry.  If they can pollute your childrens' minds through the schools, and through movies and music, then they control the future.  Remember, the elitist Left aren't really repopulating the world at an astounding rate .... so it's your kids they need to gain control of.  (And of course, that's one reason why they court the immigration issue -- lots of future voters there).

Daniel Greenfield, who I think is one of the most impressive writers of today, said it best:  "The progressive agenda is to destroy the family, to undermine it, ridicule it, economically disadvantage it and burden it until it falls apart and is replaced by the Big Brother of the State. The "traditional" agenda is to maintain the family and pass along traditional values across the generations. That is what this cultural war is really about; whether the family or the state will be the defining unit of human experience .... Progressives want every child to grow up to be a slave of the state, thinking the same empty thoughts, laughing at the same things and trotting tamely along to the slaughterhouse. What they fear most is a future where the majority of children do not worship the state, do not accept their premises or parrot their propaganda."
It is up to us to promote this idea of cultural secession.  We don't need to leave the Union; we need to build communities that preserve our values, teach our children our traditions and history, and protect them from the indoctrination of the State.  Their future as independent thinkers and self-sufficient citizens depends on it.

Proverbs 22:5-6    "In the paths of the wicked are snares and pitfalls, but those who would preserve their life stay far from them. Start children off on the way they should go, and even when they are old they will not turn from it."