Today, I really wanted to combine the Spiritual meaning of this day with real-world significance.  We are celebrating the birth of God's Son, a joyous occasion for all mankind.  Yet we are in a world of hurt.  People's spirits are lagging and there is much to mourn.  But that is not what this day is about!  It is about HOPE!  I searched for something new to illustrate this message, and instead, came across something old that captured the essence of what I want to convey.
Henry Wadsworth Longfellow is an American poet that most of us may remember from long-ago American Literature classes.  While you might think that he could have no relevance for our modern world, I'd like to tell you his story:  On Christmas Day, 1864, Longfellow wrote the words to a poem he titled, I Heard The Bells On Christmas Day.  When Longfellow penned the words to his poem, America was still months away from Lee's surrender to Grant at Appomattox Court House on April 9th, 1865; and, his poem reflected all the years of the war's despair, while ending with a confident hope of triumphant peace. 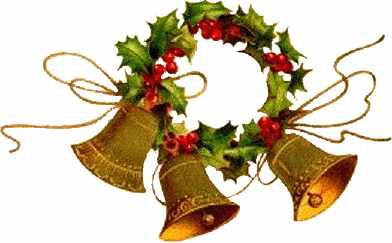 Longfellow's poem was written from the same despair and grief that our nation is currently experiencing.  He wrote the poem after suffering through the tragic death of his wife, Frances, and the crippling injuries of his son, Charles, from war wounds.  I couldn't help but see the parallels to the Connecticut tragedy and my recent visits to Fort Sam Houston.
In 1861, his wife was burned to death after melted wax from a candle ignited her dress.  She ran to Henry's study, where he frantically tried to smother the flames by throwing his arms around Frances-- severely burning his face, arms, and hands. Fanny Longfellow died the next morning. Too ill from his burns and grief, Henry did not attend her funeral. (Incidentally, the trademark full beard of Henry Wadsworth Longfellow arose from his inability to shave after this tragedy.)
The first Christmas after Fanny's death, in 1861, Longfellow wrote, "How inexpressibly sad are all holidays." In 1862, a year after the incident, he wrote on Christmas Day, "I can make no record of these days. Better leave them wrapped in silence. Perhaps someday God will give me peace." But that next year brought more tragedy, when his son was paralyzed in the Civil War.  His journal entry for the Christmas of 1863 is silent.  Can we not all identify with what he must have been feeling?
But in the spirit of hope that Christmas symbolizes, Longfellow would rise from his abject misery to compose one of the most inspirational poems of any era.  Longfellow's Christmas Bells loudly proclaimed, "God is not dead!"  Even more, the bells announced, "Nor doth He sleep."  It is a message that needs to be heard in the hearts and minds and souls of all mankind.
So, on this Christmas morning, I urge you to read the words of the poem and take them to heart.  I have included all the original stanzas of the poem, which refer to the pain of the Civil War, and which might just as well be speaking to our division and strife today.  But that is not what we should take from this poem.  Remember, that in the midst of his pain, sorrow, and tragedy, Longfellow could not deny that the Living God exists.

Merry Christmas! And, may the Prince of Peace grant you His peace!

I heard the bells on Christmas Day
Their old familiar carols play,
And wild and sweet
The words repeat
Of peace on earth, good-will to men!

And thought how, as the day had come,
The belfries of all Christendom
Had rolled along
The unbroken song
Of peace on earth, good-will to men!

Till, ringing, singing on its way,
The world revolved from night to day,
A voice, a chime
A chant sublime
Of peace on earth, good-will to men!

Then from each black accursed mouth
The cannon thundered in the South,
And with the sound
The carols drowned
Of peace on earth, good-will to men!

It was as if an earthquake rent
The hearth-stones of a continent,
And made forlorn
The households born
Of peace on earth, good-will to men!

Then pealed the bells more loud and deep:
"God is not dead; nor doth he sleep!
The Wrong shall fail,
The Right prevail,
With peace on earth, good-will to men!"

Postscript:  Merry, Christmas, Ben!  It's been one year ago today since you saw the face of our Savior!  We miss you, but your story gives us such hope.  Glory to God in the highest!