2012 in Review: The UN And The Threat To U.S. Sovereignty

I think this topic is the one that concerns me the most.  Perhaps because the UN's headquarters sits on US soil, I feel they threaten our sovereignty and I fear their authority in our national affairs.  To begin with, why did we need the UN to monitor our elections?  And as a follow-up to that question, does anyone think they did a good job? 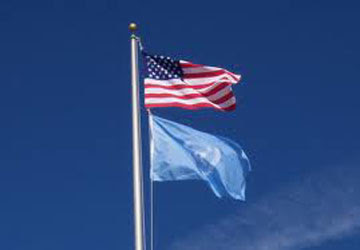 And in case you thought the UN Small Arms Treaty was defeated last July, never to be seen again, well, I have a little surprise for you.  Right before Christmas, The U.N. General Assembly voted overwhelmingly to restart negotiations on a draft of the international treaty to regulate the $70 billion global trade in conventional arms.  Apparently, the Obama administration was willing to let it slide last year when he feared that the Romney campaign could effectively use his support for the treaty against him.  Now that he has won re-election, it looks like it is "full steam ahead".
As it did in July, the United States voted to accept this treaty.  According to Reuters, Obama administration officials have tried to explain to U.S. opponents of the arms trade pact that the treaty under discussion would have no effect on gun sales and ownership inside the United States because it would apply only to exports.  But I think we all know where the Administration is headed, with their talk of an assault weapons ban.  In case you doubt my reasoning, just last month an unnamed U.S. official told Reuters, "We will not accept any treaty that infringes on the constitutional rights of our citizens to bear arms."  What would you call what Senator Feinstein is proposing?
The Small Arms Treaty is not the only invasion of U.S. sovereignty being promoted by the U.N.  In a thinly disguised appearance of protecting the oceans and marine environment, the U.N. is pushing what has become known as "Agenda 21", or it's other commonly used description, "Sustainable Development".  In a nutshell, Agenda 21 is the springboard for an action plan that would inventory every nation in the world's environmental impact on coastal lands, waterways, land development, energy allocations and mineral processing.  Once inventoried, the U.N. could then decide to control national, regional and local policies, should they decide they are not "equitable" to other nations.  Many interpret this to mean a possible threat to individual property rights. 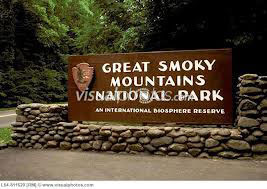 If you are not already aware, many of our national parks now fall under the jurisdiction of the U.N.  Note the sign at the entrance to the Great Smoky Mountains National Park which reads "AN INTERNATIONAL BIOSPHERE RESERVE."  And if you've recently visited one of our national parks, did you notice how many wilderness areas are already being closed to the public?  Roads inside the parks are disappearing, being given over to grazing lands.  Mountain passes and hiking paths are being blocked and access is restricted.  Have you also noticed the increasing number of "No fishing," "No hunting," and "No trespassing" signs on public lands?  We are being kept from our own national treasures by the U.N.!
These U.N. agendas are all part of an effort to institute a one-world global government that would rid sovereign nations of their ability to control their own destinies.  Do your own research on these programs, and I believe you will find the devil in the details..... literally.

1 Peter 5:8    "Be alert and of sober mind. Your enemy the devil prowls around like a roaring lion looking for someone to devour."