Feeling Confident About Our National Security?

Everywhere you turn, there is speculation about Four-Star General David Petraeus.  He once held the lofty positions of Commander of U.S. and Nato Forces in Afghanistan, and Director of the Central Intelligence Agency.  His outstanding career in the Army spanned 37 years; he graduated in the top 5% of his class at the U.S. Military Academy.  His professional reputation was stellar.  It is now characterized by shame and disgrace. 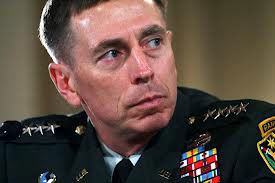 Will we ever know the truth?  Each day, some nefarious new personality pops into the picture, and the story becomes more lascivious and ludicrous.  Lustful emails abound between the General, his biographer, a Florida socialite, an FBI investigator, and now another Four-Star General; this one a Marine.  I can't keep all the characters in this escapade straight!
Now before you think I am besmirching the Military or holding them to a different standard than the average citizen, let me set you straight.  There is no one who holds the Military in higher regard than I do.  I am the daughter of a proud Veteran and I fully recognize the honor, the pride, the commitment  and the sacrifice of those who guard our freedoms.  They are a different breed and truly exemplify Christ's admonition to put others before ourselves.  But it is exactly because of their elevated honor that I hold them to a higher standard.  They take an oath to be guardians of the American way of life and all that is good, legal and moral about our country.
Part of General Petraeus's Army Creed is to "live the Army Values", which are Loyalty, Duty, Respect, Selfless Service, Honor, Integrity, and Personal Courage.  His crown of accomplishment has become a bit tarnished, and I am sure he is devastated that he has disappointed his family, his country, and most of all, himself.
He is not the first Military man to forsake his vows or let his hormones control his brain.  Three thousand years ago, King David became so infatuated with the beautiful Bathsheba, that he had her husband, Uriah, murdered so that he might claim her for his own.  There have been a long line of Commanders since, who have succumbed to the wiles of women and abandoned their word of honor.  General Petraeus wasn't the first, nor will he be the last.
But if this was only about the low moral character of the man, then it would burn in the imaginations of the public for a moment and then the headlines would fade away, as another salacious news item took its place.  No, this scandal cannot be dismissed that easily.  General Petraeus is a major player in the outrageous misconduct known as "Benghazi".  He is up to his eyeballs in this mess and it is still uncertain how he will play out his role. 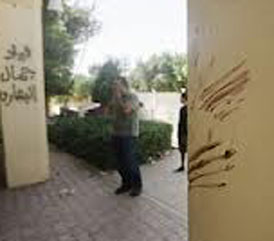 There are so many unanswered questions and too much unethical behavior that needs to be explained.  Just what did General Petraeus discover during his investigation in Libya?  Was he about to reveal who knew what, and when, in regards to the deaths of Ambassador Christopher Stevens, Sean Smith, Glen Dougherty and Ty Woods?  (Yes, I'm sure the MSM and the White House would love for us to forget those names!)  What was he planning on revealing to Congress when he testified?  How did his biographer, Paula Broadwell, gain the information she divulged regarding interrogation of Libyan militia members?  How can the White House continue to maintain there has been no security breach, while they try to convince us they didn't know about this until right before the election?  And does the Administration really think they can fool us into believing that they haven't known about this affair until recently, and the timing of all this is merely coincidental?  Although he resigned, General Petraeus apparently will still go before Congress to testify --- but behind closed doors and in private committees. Where's the promised transparency?
I'm hopeful that the truth will win the day, but not confident that it is on the agenda.  However, there appears to be too much lax and slipshod management of this whole Benghazi/Petraeus mess.  Whistleblowers abound and everyone is trying to CYA.  Character, virtue and integrity seem to be glaringly absent from this bunch of miscreants.  And perhaps that is the saddest aspect of the whole affair.  The bravery, courage and sacrifice of our military has been overshadowed by the selfishness, duplicity and immoral actions of their highest leader.
I don't paint the entire military with this brush of iniquity, and I'm sure there will be those who think that we should just brush this off, restore the Army's honor, and move forward.  But this runs much deeper than one man's infidelity.  I have a feeling this is just the tip of the iceberg and the situation and players are rotten to the core.   This is just one more example of the decay and decline of our nation.

Isaiah 5:24      "Therefore, as tongues of fire lick up straw and as dry grass sinks down in the flames, so their roots will decay and their flowers blow away like dust; for they have rejected the law of the LORD Almighty and spurned the word of the Holy One of Israel."
Posted by Pam Kohler at 7:00 AM

Email ThisBlogThis!Share to TwitterShare to FacebookShare to Pinterest
Labels: Military, Our Culture., Values