America: Getting Down To Basics

In my little corner of the world, I am noticing a movement among my community of friends.  I have received requests to instruct on pressure canning; our Sunday School class wants to start holding meetings on Learning How To Prepare; and more people are inquiring about where to get their Concealed Carry Licenses and further their handgun training so that they can safely and properly defend themselves.
It's almost like I am living in two parallel universes.  One community has shed at least some of the scales from their eyes and can no longer deny that our reality is changing.  The other continues to hail the continued perception that "everything is alright in the land of milk and honey."  One group is willing to take steps towards self-sufficiency; the other remains out of touch with a threatening reality. 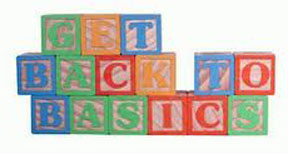 For me, nothing much has changed.  I've spent the last few years securing my physical existence as best I can.  I have learned time-honored skills such as bread-baking, soap-making, canning, and gardening.  PLW has taught me how to cook over a fire, defend myself, and be observant of my operational security at all times.
We were hopeful that 2013 would find us experiencing a revival and renewal of the Republic, at least on the political level.  The failure of that dream has not deterred us from staying the course and taking a fresh look at our lifestyle.
Unless you have been on another planet for the last couple of years, it is quite evident that the world is headed for a some drastic changes.  The economies of countries around the globe are declining; people are out of work; everyone from nations to individuals are suffering from staggering debt; and it is all unsustainable.  We will soon Pay the Piper, so to speak.
For those who refuse to see the writing on the wall, the changes will be catastrophic; both financially and psychologically.  Their world will change overnight.  Gone will be the days of Starbucks Mocha Lattes, the next generation of iPhones, and everything on-command; from HD movies, to e-books, to GPS navigation and your stock market report.  Those whose lives still revolve around these conveniences and luxuries can hardly imagine themselves without instant gratification or living any other way than easily and effortlessly.  They will have some catching up to do. 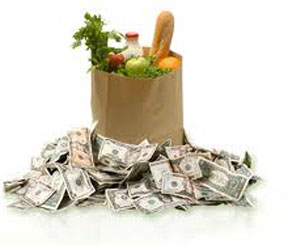 We need to be ready to help our fellow Americans adjust to a simpler, yet in many ways, more challenging way of life.  No one knows how the world decline will manifest itself .... there are a lot of scenarios that could play out .... but I think we can all agree that there are clear signs that something unpleasant or unwelcoming is on the way.  The simple act of providing food for the table may get more difficult.  Rising food prices, aging utilities infrastructure, and unpredictable and near-supernatural   geologic and atmospheric events can each effect our ability to feed our families.  Think I'm exaggerating?
Bill Richardson, former Secretary of Energy, in the Clinton Administration, said America was a superpower "with a third world grid."   Last year, the Electric Power Research Institute studied America’s aging grid infrastructure. Most large transformers that regulate power transmission were designed with lifespans of 40 to 50 years to maximize reliability and efficiency. Yet the average age of transformers is 42 years old, and many are plagued by cosmetic breakdowns, like loosening screws and fraying wiring, which utilities have been unable to fix without finding new funding through rate increases. (The Daily Beast, September, 2011).   Those rising utility prices, combined with climbing food costs, healthcare costs, and fewer raises among American workers, can only mean times are going to get tougher.  Throw in another Hurricane Sandy-like event or major earthquake, and American households will suffer.  These considerations don't even include a terrorist or civil unrest component.
So just think how valuable it would be to know how to hunt and process meat, or grind wheat to make bread.  Would you know the first thing about planting a garden, raising chickens, or cooking over a campfire?  Could you even start a fire?
These skills were becoming a lost art.  Not anymore.  Prudent and discerning Americans are returning to the basics.  We are regaining the knowledge that has preserved previous generations and are ready to live a lifestyle of sustainability, if it becomes necessary.  We will not be found helpless, nor have to rely on someone else to provide our every need.  If you can learn how to accomplish these tasks, you can survive.   A whole industry has risen out of the American desire to reclaim our self-reliance and our pride.
I started out by telling you that I am noticing a gradual and subtle shift among those who have been fighting their "normalcy bias" and are beginning to come into the light.  They will need encouragement and support.  We can give it them and also provide a boost to their morale, as they overcome their inhibitions and resistance to change.  We can help secure our families, our communities and ultimately our nation.  We will be valuable to renewing the Spirit of America.  And while you're kneading that dough, or building that chicken house together, throw in a conversation or two about relying on God.  I'm starting to notice that people are more willing to hear that message, too.  And that will lead to the ultimate healing of our land.

Isaiah 42:16     "I will lead the blind by ways they have not known, along unfamiliar paths I will guide them; I will turn the darkness into light before them and make the rough places smooth. These are the things I will do; I will not forsake them."
Posted by Pam Kohler at 7:00 AM