Pre-Election Thoughts On This Saturday Morning

I have debated a long time about whether to voice my opinion on the upcoming election and the choice between our two candidates.  But after prayer and considerable angst, I felt that this time in our nation's history, as well as the condition of the world, requires that we take a hard look at the consequences of this election.
I  know there are those who ask, "Why vote?  We are so far over the Fiscal Cliff, that a change in the White House cannot save us.  Our death as a World Leader is imminent.  Romney can't change it and Obama will just take us down the inevitable path quicker.  Why suffer a 'death by a thousand cuts'?  Let's just get it over with and start rebuilding."
While I cannot disagree with this opinion, my faith dictates that I do the right thing.  I thought long and hard about this quandary and how to express my thoughts, when this following article appeared in my email box.  Paul McGuire, who is a radio talk show host, professor and Bible prophecy scholar, has written the following essay, which echoes my opinion and expresses it better than I could.
His view is frank, honest and what the American people need to hear.  I hope you will seriously contemplate his words and share them with others who need to hear this excellent commentary. 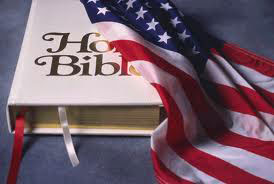 It matters who you vote for.  Voting is not a choice for the Christian; it is a mandate from God.  If we are truly in submission to our government in America, then we must vote, because our government requires that we are to be good citizens and good citizens vote.  True Christian love is expressed by the commandment, "Thou shalt love thy neighbor as themselves."   True Christians understand that by voting for the candidate, who is most Biblical in their positions, your vote can empower government to help people and that is love in action.  In addition, a Christian who is walking under the Lordship of Christ takes the time to study the issues, examine the candidates and make the right choice.  If you are the kind of Christian who gives your mind over to a secular media, to do your thinking for you, you probably should not vote, because that is not being a good steward.  How can a media or politicians, who do not have the Spirit of God in them, be able to discern what the will of the Lord is?
Despite what you have been told, moral and social sins in America cost our nation countless billions of dollars a year and destroy people's lives!
This is the most important election in the history of America, because our very future is at stake.  We are being presented with two very different worldviews, which will take us in two different directions.
Neither candidate or party is perfect, that will not happen until the Second Coming.  But, one party is leading us down the path towards godless socialism, Third World poverty and a totalitarian government which is destroying the family, freedom of religion, freedom of speech, freedom to worship publicly and freedom in general.  This party is destroying what our Founding Fathers gave us in the Declaration of Independence, which is "Life, Liberty and the Pursuit of Happiness."  The Founding Fathers made it very clear that these were inalienable rights granted to every man by their Creator, or God.  The party which seeks to destroy freedom states that all freedoms come from Government and not God.  The majority of the people who support that party, including Christians, act as if Government is God!  They look to Government and God to be our final source.  This party is actively working to destroy America as we know it, and make it part of a United Nations-style global government, where all of our Constitutional rights will be destroyed and replaced by a set of humanistic and New Age rights, that emphatically do not protect our freedoms!
The reality is that both the first party and second party are controlled by the same invisible elite.  Yet, there are enough significant choices between them, so that it is our duty to vote.  You do not become President of the United States, without selling part of your soul to the devil or this global elite!  But, through the one party, there is an opportunity to protect some of our rights, preserve freedom, especially freedom of religion and rebuild our economy, so that we can fulfill our role as a light to the nations!  If America falls, there will be great darkness upon the earth.  America is not perfect, but to one degree or another, it is still a light upon a hill.

Isaiah 9:6    "For to us a child is born, to us a son is given, and the government will be on his shoulders. And he will be called Wonderful Counselor, Mighty God, Everlasting Father, Prince of Peace."