Listen To Those In The Trenches!

Tonight we are witness to another Presidential debate.  I certainly hope we will observe more honesty and truth than what we saw in the Vice-Presidential war of words last week.  I think you will agree with me that all the smirks and laughs and interruptions made it hard to focus.  So, today, I want to concentrate on particular statements made by VP Biden.  Both candidates talked back and forth about how they agreed on the 2014 transition of combat forces from the U.S. military to the Afghan Army.  I have to admit that I am skeptical that our goal with the Afghan troops has been met, and doubly suspicious of negotiations with the Taliban.  All the talk about "the success" that's been achieved in training the Afghanis just doesn't ring true to me.
There are two opinions that are in play here --- the position of the politicians; and the judgment of those in the field.  Here is what our Administration is telling us:  "We said we would help train the Afghan military. It's their responsibility to take over their own security. That's why with 49 of our allies in Afghanistan, we've agreed on a gradual drawdown so we're out of there by the year 2014 .... Again, It is the responsibility of the Afghans to take care of their own security. We have trained over 315,000, mostly without incident. There have been more than two dozen cases of green-on-blue where Americans have been killed....if the measures the military has taken do not take hold, we will not go on joint patrols. We will not train in the field. We'll only train in the Army bases that exist there." -- (VP Biden in the debate.) 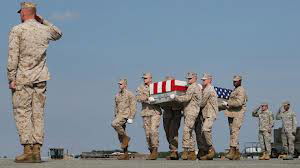 First of all, I am offended by his assessment .... we've trained them mostly without incident?  There have been more than two dozen (24) cases of green-on-blue deaths?  Try over 2,000, Mr Vice-President!  It is obvious to me that he and Washington don't have a very high opinion of our ability to see through the bulls--t.  We aren't just faceless citizens; we care about those who are standing in the gap for us.  I believe that you and the Commander-in-Chief, and the Joint Chiefs of Staff, are responsible for our troops. We expect you to do right by them.  And when we want to know the truth on the ground, we go to them.  I want you to read some up-close analysis of what our troops are dealing with.  First, are some statements made in a recent post on Michael Yon's blogsite.  They are from a letter sent to the Secretary of the Army by Colonel Harry Tunnell, the Brigade Commander of 5/2 Stryker Brigade Combat Team, and I invite you to read the entire letter.  But here are just a few of his opinions:

"The main problem that we are having in the war today is not one of enemy capability, it is a lack of professional competence.....Consequently, American troops are needlessly exposed to increased enemy attack, suffer unnecessary casualties, cannot secure or control the indigenous population, are not allowed the freedom of movement or maneuver to the Taliban.  While we remain a hard-working military force....we have been poorly led in the field."

"I have the experience and training to make a few objective assessments: the lack of skilled military leadership, the prioritization of the protection of civilians above that required by the law of war, and preference to provide American resources to NATO allies above the needs of American troops, without question, compromises force protection for Americans."

"Our NATO partnership....manifests itself in 'zero' civilian casualties; coalition soldiers may have to be killed rather than defend themselves against a potential threat, and risk being wrong and possibly resulting in injury of death of civilians."

"British (NATO) leaders feel no obligation to respect the cultural traditions or expertise of the American component..... the denial of American resources to American soldiers is commonplace and heart-breaking.... We expose our own service members to greater danger for the convenience of our partners --- and the American taxpayer, who has provided this capability for the protection of AMERICANS, is deceived."

"As part of our formula for success, we place a remarkable amount of emphasis on the Afghan Security Forces without understanding the men who make up that force.  It is very unlikely that we will be able to provide Afghans with a level of education and training to make them an independent and reliable force that can deny Afghanistan as a safe haven to terrorists."

"[Afghan security forces] do not have the ability to maintain vehicle fleets very well --- most Afghans simply cannot drive."

"Attempts to integrate women into the security forces are unlikely to succeed."  [Anyone who has any knowledge of Afghanistan knows that the Pashtu culture is shared by both the Afghan security forces and the Taliban.]  "The Burqua is not a Taliban invention; Afghan males are among the greatest misogynists in the world."

"Health and hygiene will not be maintained at an acceptable level to sustain availability of personnel.... Aberrant sexual behavior is acceptable.... "

"Afghan NCOs cannot perform basic leadership and supply accountability functions well because they are largely illiterate ..... Since officers are frequently the ones who can read and write, they may be relied upon to perform administrative duties rather than combat leadership --- further limiting any potential for a well-led Afghan security apparatus that complements the security needs of the United States." 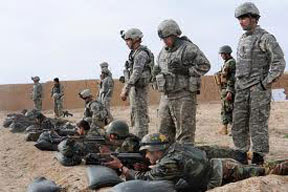 "Our Counterinsurgency (COIN) dogma has degraded our willingness to properly, effectively, and realistically train for combat."   Did you know that our troops cannot conduct live fire training because it is "TOO LETHAL"?!?!?  Since when is war not lethal?

And the following is perhaps the most telling of Col. Tunnell's discourse:  "Soldiers join the military today to protect the United States, yet they are told once in Afghanistan that we are fighting FOR THE AFGHAN PEOPLE --- this is a rather mercenary outlook and ignores the fact that the United States was attacked September 11, 2001.  If we have an Army led by people unwilling to defeat a disorganized, illiterate adversary such as we face today, even after a despicable surprise attack on our nation, there is little hope that we can defeat a modern sophisticated enemy that we may face in the future."

You should know that Colonel Tunnell submitted his observations to the Secretary of the Army under the Open Door Policy, and was soundly criticized, eventually investigated, and suffered the inevitable smear campaign.  But I ask you this very important question ..... WHO DO YOU BELIEVE?  Colonel Tunnell or the politicians in Washington?  What has happened to our senior military leadership at the top?  Do they have the courage or the principles to tell the politicians the truth?
I simply cannot imagine military leaders in past wars (think Eisenhower or Patton) being willing to subjugate our military to such inept, incompetent and inferior leadership as exemplified by NATO.  If the lives of our military personnel are not of the highest priority to our military commanders, then something is terribly wrong!  "Convenience" factors in favor of the NATO Coalition, fighting for the Afghan people, inability to train with live fire, and an unwillingness to suffer civilian casualties ARE NOT good enough reasons for me to justify the loss of American lives.
Colonel Tunnel is right --- the American people have been deceived!  And I, for one, do not want to sacrifice one more life if our Commanders are not doing everything to give our soldiers the best possible chance of success.  To do anything less is shameful, immoral, and unconscionable.

Psalm 18:38-40     "I crushed them so that they could not rise; they fell beneath my feet. You armed me with strength for battle; you humbled my adversaries before me. You made my enemies turn their backs in flight, and I destroyed my foes. "