Saturday Morning Commentary: Where Is The Outrage?

Yesterday, tears streamed down my face as I watched the caskets of our four slain American brothers being carried from the transport plane into the hangar at Andrews Air Force Base.  I mourned not only the loss of precious lives, but the lack of pride I felt in the leaders of our nation as they paid respects to the fallen.
Their speeches were short, emotionless and uninspiring.  I believe the words "vapid" and "tepid" come to mind and accurately express the substance of their words.  Amid the endless thanks to all the government officials present, this is what I heard:  too many empty examples of a few people in Libya who carried small signs that supported the memory of Ambassador Chris Stevens; too many words like "friends", "diplomacy", and "the interests of all".
As the representatives of us, the people of the United States, I wanted to hear how the perpetrators of these unjustified, evil acts would be pursued.  I wanted to hear how the acts against the Ambassador were deplorable and despicable.  I wanted to hear how the dignity and the sovereignty of the United States would be defended.  I wanted to hear that this is part of the same hate that struck us eleven years ago.  I didn't hear any of that. 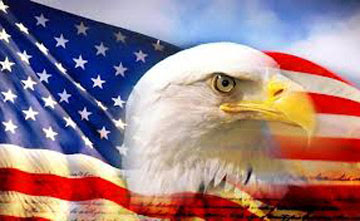 What I did hear was that America cares about the interests of the people in the Middle East as much as our own.  I heard that every person deserves respect, no matter what their religion.  I heard that we need to seek justice for all.  I would like to remind our Commander-in-Chief that he is President of THE UNITED STATES, not THE WORLD!  Frankly, I'm just not concerned about helping these countries of the "Arab Spring", who have accepted our economic and military aid, and then repaid our assistance with this barbarity!  If we can't even identify Egypt as an ally or a foe, then why in the world are we making excuses for them and giving $1.5 billion of our tax-payer money?  And all supposedly in the name of Freedom?!?!?
How about helping us to fight for our Freedom?  Because I'm not feeling too secure when all of our embassies in the Middle East are under attack and crowds are chanting "Death to America!" I'm not feeling too confident when I hear U.S. Intelligence personnel report that the conditions on the ground in Libya were considered "hot" and "actionable" days, and even weeks, before the attack in Benghazi, yet our Administration did nothing to upgrade security!  Even I, a simple woman without any degree of State Department experience, can see what the environment is in that part of the world.  And yet you want me to believe that there was insufficient intelligence to effectively assess the situation?  You really want me to believe this is all about some silly movie and "freedom of speech"?  It seems to me that any reasonably intelligent person (let alone POTUS), given the temperature of the region and the chatter by Al Zawahiri, could figure out that it just might be smart to beef up security on the anniversary of 9/11.
It is certainly plain to me that the hatred and the violence against us is ratcheting up.  I'm tired of apologizing for who we are, and I'm tired of turning a blind eye to the rage and the evil.  As I watched the violence spread to Sudan, Tunisia, and Lebanon, it's clear that North Africa and the Middle East are not interested in conciliatory gestures.  They don't respect us or fear us.  Whether our national leaders want to admit it or not, we are at WAR with a culture that has been co-opted by an ideology of hate and intolerance for anyone who doesn't believe the same as they do.  We can not deal with them as we would our own.  So, please quit with the pacifying and placating.  We saw the results of that in the photos that emerged from the Benghazi attacks and the solemn ceremony at Andrews Air Force Base yesterday.  How many more such scenes will we have to endure before YOU grow a spine?

Nehemiah 4:14      "After I looked things over, I stood up and said to the nobles, the officials and the rest of the people, “Don’t be afraid of them. Remember the Lord, who is great and awesome, and fight for your families, your sons and your daughters, your wives and your homes."