As it is becoming quite clear, the violence in the Middle East the past few days has been systematically coordinated to incite the flames of anti-Western sentiment.  If you look behind the curtain  you will find that the internet played a huge part in fanning those flames.  Just as we in America are experiencing "flash mobs", social media (via cell phones and email) is being used by radical jihadists to coordinate angry groups into violent protests.  Groups like Al Queda search the internet for any perceived insult they can use to spread their hate and further their cause.  The Youtube video played right into their hands.  A few well-placed tweets and text messages help to manipulate the anger, and the hate goes viral.
The point of my post today is not to point out the obvious --- that the relations between the West and the Middle East are at an all-time low; but to show the differing world views among all the players and how these dissimilar philosophies and conceptions of the world create such conflict. 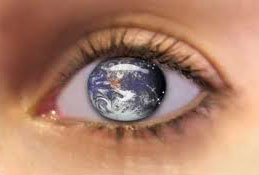 First of all, we must define what a world view is.  The best definition I've seen is by author David Noebel:  "A world view is the framework from which we view reality and make sense of life and the world. [It's] any ideology, philosophy, theology, movement or religion that provides an overarching approach to understanding God, the world, and man's relations to God and the world."  OK, so in layman's terms, and for the purpose of my post, we'll agree that world view is a combination of all that we believe is true; and this system of beliefs influences everything you think, feel and do.  It also affects your response to everything around you; from your personal affairs to world events.  So let's take a look at the different world views we can identify.
Christian World View -  Ideally, this should be synonymous with a Biblical world view.  Unfortunately, the two are often world's apart, but that's another post for another day.  However, for this Christian, they are one and the same, and so I will give you my world view based on the Bible.  This is how I relate to the world.  My faith is at the center of how I live my life and these factors affect all of my decisions and actions.  I believe in the One True God, Jehovah, and the following principles: 1) There are absolute moral truths that exist, i.e. I believe that there is Good and Evil in the world.  2)  I define what is Good and Evil based on what the Bible has revealed to me.  3)  I look to Jesus Christ as my example of the perfect sinless life; I try to live my life by following His principles (failing miserably, but continually making the effort.  4)  I view what happens in my life and the world from the perspective that God is the Creator of the Universe and still in control of it.  5)  I believe there is more to my existence than this earthly life; in accepting Jesus as my personal savior and knowing that he died for my sins, I know that eternal life is possible.  So I do not live my life focused on the ways of this world.  6)  I believe that pure Evil exists in the form of Satan.  No ifs, ands or buts.  He is the Enemy.   7)  I have a responsibility to my fellow man to share the Good News of my faith and to give everyone the opportunity to know the Grace I have received.  7)  I believe in the Truth of all the teachings in the Bible, and it is my guidebook.  My world view gives me the freedom to be all I can be, accomplish anything I desire, and live in harmony with my fellow man.  I want to stress that what I've expressed in this world view is an ideal representation.  It can be distorted, perverted and misused, as can each of them. 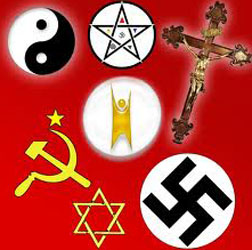 Islamic World View - Like Christianity, the Islamic faith believes in one God, Allah.  The pillars of their faith include:  1) confession of faith,  2) prayer,  3) fasting during their holy days of Ramadan,  4) charity to others,  5) a pilgrimage, at least once in their lifetime, to the holy city of Mecca.  The Islamic worldview, like the Biblical, believes in the absolute moral truths of Good and Evil, that God creates the world, and a form of existence of the "soul" after the death of the body.  Islam believes in the importance of the family and the worship of God.  Some would include a sixth pillar of faith,  jihad, which can mean either  a) the battle against temptation and sin for the sake of self-control, or b) the battle against any and all who oppose Islam.  Those that have the Islamic world view find both of these definitions applicable.  And it is the latter that has become radicalized and dangerous to any other world view.  One aspect of this world view that contributes to the authority of Islam is the lack of separation between the social aspects of the faith and governmental control.  The law of the land is religious law, applied to the public and private lives of Muslims within Islamic states. Shari’ah law governs many aspects of day-to-day life—politics, economics, banking, business, contracts, social issues, etc.  So when you combine radical, hate-filled Islam with Shari'ah law, you get a combination that is lethal to any other faith or philosophy of life.  It's their way, period!
Humanism World View -  A humanist's world view is difficult to pin down.  It can be as simple as a system of thought in which human values, interests and dignity are considered particularly important.  Heck, who doesn't agree with that viewpoint?  But taken to a more defined position, it follows these principles:  1)  Science and Reason should apply to all areas of life.  No beliefs should be considered off-limits, all should be considered rationally.  2)  Humanists are usually atheist or agnostic.  Their rational scrutiny makes it difficult for them to believe that a god or gods exist; and they are skeptical about angels, demons or spiritual beings.   3)  There is no heaven or hell; this life is it.  Once again, rational scrutiny has found these considerations lacking.  4)  They believe in moral Good, but do not think you have to know God in order to discern what is right and wrong.  Man is capable of defining that just fine on his own.  5)  We are individually responsible for making our own moral judgments.  We don't need an outside authority to guide us or set boundaries.  6)  Our lives have meaning without it being bestowed by a God above.  Your life can be rich and significant without any relationship with God.  7)  While humanists are very careful to make sure governments do not support forms of religion, they are not so concerned about governments who coerce their peoples into atheism (such as Stalin or Mao).  Most importantly, Humanism world view is for freedom of thought and expression and an open society.  This is why Humanists are often accused of being for everything, while not standing for anything.
So you can see that while these world views have some things in common at their core, they are often at bitter odds with each other.  So is it possible for us to find some level on which to co-exist?  Is it possible for individual men to find common ground and respect the beliefs of each other; at the same time not compromising the tenets of their own ideals?  It is easy to see that religious or ideological fundamentalism can quickly become all about power.  It can be used by fanatics or extremists of any group to gain political and economic control.  Once that happens, it is nearly impossible to put the genie back in the bottle.  And all it takes is one group to tilt the balance of harmony towards hostility and man's true nature takes over.
And that is what we are seeing across the globe today.  There are those who see the opportunity to establish a united Islamic caliphate across the Middle East; a return to a fundamentalist religious control of society and state.  Any other world view cannot and will not be tolerated.  Is it too late to turn the tide?  Can cooler heads apply the brakes?   Unless the ideas or influence of more moderate leaders prevail, then I fear that we will see more images like those coming out of Cairo and Benghazi.  And I don't see anyone like that on the world stage.  Stay alert and be vigilant!