There are so many things that I could write about on this topic; all the habits and practices that make us weak and vulnerable.  They include our fixation and obsession with technology; our worship of celebrity and fame; and our reverence of science over God.  But today, I want to concentrate on the most understated characteristic of this generation, our "normalcy bias."
This is not a new term.  It has been around for awhile, and is often talked about.  But I feel that in addition to discussing it, we should make a vigorous effort to overcome it.  Let me explain further. 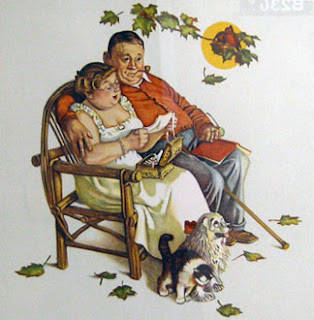 When you break down the term, you get a pretty good idea of what this trait implies:  Normal suggests usual, customary, expected, routine, regular.  Bias signifies partiality, tendency, inclination, preference. In short, when you adopt a "normalcy bias", you have a tendency (or preference) to view the world around you in its usual, customary state.  In other words, instead of facing the reality of what world events are telling us, you make a decision to see the world as you've always seen it ..... i.e., you tell yourself, "America will always be a Super Power.  No one is going to take us down"; "I still have a job. Everything's going to be alright"; "I don't need to prepare.  If I just believe in God, He will take care of me." "Nothing's really changed in my life; I still do all the things I've always done.  What's the big deal?"
In truth, what you are saying is that you don't want to look at what the world is telling you; it's easier, it's more comfortable, and it's a helluva lot less scary to just maintain your "status quo".   I agree! But it's a whole lot more dangerous, too!  To both you and your family, and our nation.  Bottom line?  You convince yourself that things appear normal; therefore they are.  It's a business as usual mindset.  And you see what you want to see.  It's that simple.  And by ignoring the reality of the world, you are placing yourself in a vulnerable situation.  By both underestimating the possibility of TEOTWAWKI, and the effects it could have on your family, you are doing everyone a disservice.  Yes, we must rely on our God to protect us, but He never promised us that life would always be as easy, prosperous, and safe as we Americans have become accustomed to.  And if you think your faith absolves you from doing your part in God's plan for your family, then think again.
Consider this:  At the beginning of the second world war less than a quarter of all Jews fled Germany, even though they could see by the signs and trends that something bad was going to happen. Over Seventy-Five percent of Jews remained in Germany, even as the Nazi’s committed atrocities, holding on to the notion that this could not be happening to them.  This is a perfect example of the "normalcy bias" in action. 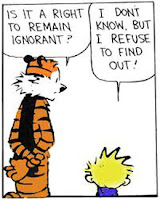 And we must be on guard against falling into this same mindset!  The problem is that unless you have been paying attention, the Forces of Change have been insidious; they've been subtle and seemingly innocent.  You probably haven't even noticed them.  And besides, our Leaders are telling us that we're on our way to Recovery and the TSA will keep us safe from terrorists.  But because of our nation's "normalcy bias", many Americans will cling to these hollow proclamations and turn a blind eye to the rising unemployment rates, increasing inflation, assaults on our bodies every time we board an airplane, and the loss of our national sovereignty.
And that's exactly how the loss of our freedoms and independence will happen..... slowly and barely noticed --- unless we stop pretending that nothing has changed!  Millions of Americans need to take off the blindfold and face the music!  It will be painful and difficult, but until they are willing to see the ugly truth, I'm afraid we will continue to lose our precious country and freedom, one prized liberty at a time.