Where Does YOUR Moral Compass Point?

A couple of days ago, I was running errands and listening to a popular talk radio program.  A gentleman called in, posing a question that he was struggling with.  He was a blue collar worker, who had always exhibited a strong work ethic, taking pride in the fact that he had never received one penny of government assistance.
But as the economy continues to slide off the cliff he, like many others, is finding it harder to stretch those pennies to meet his family's needs.  To add insult to injury, it greatly irritated him to see a growing segment of society taking advantage of these subsidies and actually making more money per year than he is!  His simple question was, "Why should I keep on working?" 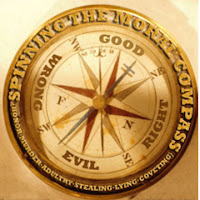 He was quick to add that, for him, it was a moral issue, and he just couldn't bring himself to abandon his ethics and principles.  He hadn't been brought up that way, BUT times were getting harder.  He even admitted to the fact that he and his wife had gone to a local welfare office just to see how easy it was to get benefits and what exactly was offered.
He was shocked to walk out of that office with several hundred dollars worth of "free money" (in the form of vouchers and coupons) while he was waiting to see if they even qualified!  That's right!  Without even knowing if this couple was eligible to receive benefits, our tax payer dollars were casually given to them as their own private little "stimulus package".
I could tell that, morally, he just couldn't take that leap; but if the talk show host had given him even an inkling of permission, I think he was ready to abandon his pride and take advantage of the handout.  He exonerated himself by saying that his son was outraged that he would even set foot in the welfare office, so he had obviously raised his kids to know the value of hard work and endurance.
So his story made me think ---- as times get harder, and believe me, they will --- where will your moral compass point?  If the government tempts you to get on the "free ride" train, will you buy into their easy money system?  Will the temptation to join the sheeple and the "entitlement" crowd be too alluring to deny?  After all, they are living comfortably while you are struggling!
Or will you resist the enticement to sell out and, instead, stand proudly; working creatively to get by on your own efforts and achievements?  Of course, if you are reading this blog post, this could be a wake-up call to start planning; get with family and friends to combine resources and create ways to ride out this storm.  It won't be easy.  The days of indiscriminate spending are over.  Make your own coffee instead of indulging in Starbucks.  Forego that new car and maintain the one you have, and better yet, pay it off.  Do you really need a new summer wardrobe?  And maybe that family vacation just isn't in the cards this year. 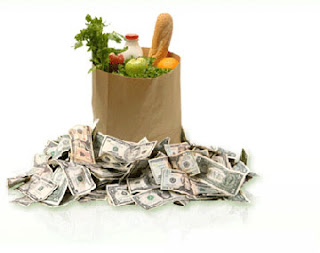 I'm here to warn you:  this is just the beginning of changes that you will have to make.  We have been supplementing our pantry for a couple of years now, stocking up on necessary items and staples.  Therefore, I go to the grocery store less often, and I am continuously amazed at the jump in prices every few weeks.  It is not uncommon to see average prices in the $6 range for food products that were $2.50 a year ago!  Are you paying attention?  Do you have a plan? Or a garden?
I heard the anxiety in this caller's voice.  He knows that it's going to get worse, and he wants to do the right thing.  When you've done all you can and your family is hungry, you will have some tough decisions to make.  Only you know how far you are willing to go.  I pray that people will be able to hang on; to encourage each other and to endure.  The alternative is to become a true "welfare state", and we will lose more than our dignity and our pride.  We will become enslaved by the government and quickly lose the recognition of our own self-worth.
One last word of advice:  Quit hiding your head in the sand.  It is bad, and going to get worse.  Prepare yourself mentally, and most importantly, spiritually.  We can get through this knowing who we are, and whose we are!


1 Thessalonians 2:9   "Surely you remember, brothers and sisters, our toil and hardship; we worked night and day in order not to be a burden to anyone while we preached the gospel of God to you."
Posted by Pam Kohler at 7:00 AM