Conspiracy or Sleight of Hand?

There are days that I wonder where my thoughts come from.  Am I being given a unique opportunity to see past the subterfuge that is presented as reality..... or am I just too cynical and skeptical of the reports that are disseminated as truth?
There are those who would accuse me of being a "conspiracy nut."  But once you break through the veil of hidden agendas and see through the looking glass, everything is subject to suspicion.  I have come to realize that one of the tactics of those who seek to make America into something she was never intended to be, is to set up an event, on one hand, that captures our attention and distracts us; consumes us with indignation and righteous anger.  Meanwhile, behind our backs and with the other hand, they are accomplishing their real objective. 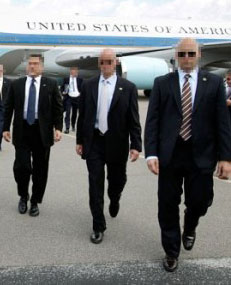 Take for instance, this "scandal" with the Secret Service Agents in South America.  First of all, I want to say, that if every bit of what the MSM is telling us is true, then these agents have disgraced our country and the office of the Presidency.  We (the U.S.) are better than this, and what ever reprimands or disciplinary action they receive is justified.
But let's consider another possibility, shall we?  Did you know about HR 347, recently signed into law?  Benignly called The Federal Restricted Buildings and Grounds Improvement Act, it purportedly "improves" public grounds by moving all unsightly protestors from restricted areas around the President, Vice President, or any others under the protection of the Secret Service.  Supposedly the only change to the old law (Section 1752 of Title 18 of the United States Code) is an adjustment in the wording..... from making it a federal offense to "willfully and knowingly" enter a restricted space, to now just showing that you did it "knowingly" -- that you knew the area was restricted, even if you didn't know it was illegal to enter the space.
Sounds innocuous, doesn't it?  Just a little tweak.....no big deal. But let's take a closer look.  What does this seemingly harmless change really do?   For one thing, the law makes it easier for the government to criminalize protest. Period. It is a federal offense, punishable by up to 10 years in prison to protest anywhere the Secret Service might be guarding someone. For another, it’s almost impossible to predict what constitutes “disorderly or disruptive conduct” or what sorts of conduct authorities deem to “impede or disrupt the orderly conduct of Government business or official functions.”
According to slate.com, a liberal-leaning online magazine, (yes, I read all viewpoints) the types of events and individuals warranting Secret Service protection have grown exponentially since the law was enacted in 1971. Today, any occasion that is officially defined as a National Special Security Event calls for Secret Service protection. NSSE’s can include basketball championships, concerts, and the Winter Olympics, which have nothing whatsoever to do with government business, official functions, or improving public grounds. Every Super Bowl since 9/11 has been declared an NSSE.
And that brings us to the real problem with the change to the old protest law.  Instead of being centered around a designated place, the protest ban depends on what persons and spaces are deemed to warrant Secret Service protection. It’s a perfect circle: The people who believe they are important enough to warrant protest can now shield themselves from protestors.  No wonder the Occupy supporters are worried.  In the spirit of “free speech zones,” this law creates another space in which protesters are free to be nowhere near the people they are protesting.
So this brings me back to my crazy, conspiratorial thought process.  In the 147 years of its existence, the United States Secret Service has not been under such scrutiny as it has been this last week.  Don't you find it a little incredulous that these agents, who are charged with the security of one of the most powerful leaders on earth, would be so careless as to get caught in the hallway of a hotel arguing with a prostitute over $47?  That sounds like an amateur, not the professional law enforcement team they are.  Sounds manufactured to me.
And did you know that today the agency's primary investigative mission is to safeguard the payment and financial systems of the United States?  These include crimes that involve financial institution fraud, computer and telecommunications fraud, false identification documents, access device fraud, advance fee fraud, electronic funds transfers and money laundering as it relates to the agency's core violations. 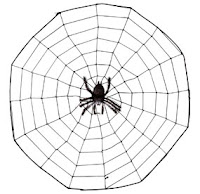 So what if the scenario that is front-page news and on every cable news show is not what's really going on?  There could be so many layers to the deception; are we seeing a web of deceipt? --- is there a disgruntlement among the Secret Service?  Do they disagree with the encroachment on Free Speech that HR 347 represents, and are not "falling into line"?  Could the prostitute episode be a red herring to replace them with hand-picked agents that will follow the agenda?  And could it be so sinister as to draw our attention away from something else going on at the Summit of the Americas?  Does it have anything to do with their role of protecting the financial systems of the U.S., which we all know are co-opted?
I'm going to be honest....I don't have a clue!  What I do know is that something smells rotten in Denmark---or in this case, Cartagena.  I am beginning to be distrustful of any major news event that is pushed to the forefront for public scrutiny.  This is the problem with widespread government corruption: bills are being passed in the middle of the night; political connections are hidden and denied; and all I see is the erosion of my freedoms and America's eminence.    I don't want to see a ghost behind every door, and believe me, I don't go looking for secret plots and schemes.  I don't have anymore clarity than any of you.  But there are times that I have an innate sense that I am being deceived.  And that makes me more alert, vigilant..... and prayerful.

Psalm 64:2    "Hide me from the conspiracy of the wicked, from the plots of evildoers."