..... the Criminal Defense Lawyer that I visited with yesterday.  I was a little surprised when my husband announced that he had made an appointment with a lawyer for us to sit down and discuss retaining him in case we ever needed him.  "Why on earth would we ever need a Criminal Defense Lawyer?", I asked, with just a hint of panic in my voice.  Was there something he wasn't telling me?  Then he explained the wisdom of his decision, and that is what I want to share with you today.
It is no secret that, in our household, we exercise our Second Amendment rights.  And I have also spoken out, loud and clear, about the value of professional and certified training.  If you are going to carry a firearm for self-protection, you better know 1)  how to safely handle your weapon,  2)  the laws for concealed carry in your state (and any states you may travel to/through,  3)  how to conduct yourself in a gunfight and execute a "good" shooting, and  4)  God-forbid, if you are involved in a shooting, who to call as legal counsel. 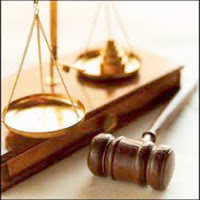 That's where "Frank D." comes in.  For obvious reasons, I won't publicly announce this attorney's name, but suffice it to say, he left a lasting impression.  On the drive to this lawyer's office, my husband and I discussed what we expected to gain by meeting with Frank.  Since we are both passionate believers in gun training, which includes how to avoid a gunfight, we hoped that we would never have need of Frank's services.  But we also see the decay of our society, and being realistic, realize that it is not out of the question that some circumstance would make it necessary for either one of us to draw our weapon in an act of self-defense.  I can feel my heart beat faster just thinking what the after-math of that situation would be like!
Should we be involved in a shooting, whether it be a "good" shoot or a "bad" shoot, it would make things a lot easier to deal with, knowing we had Frank's business card in our wallet and knew we could count on him to guide us through the legal maze that would follow.  We wanted to pay for an hour of Frank's time to introduce ourselves, state our philosophy on gun ownership, show that we take our right to carry arms seriously, and walk away knowing that he was in our corner, should the unimaginable happen. 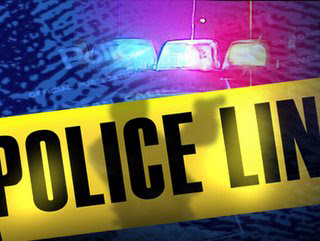 And Frank did not disappoint!   If I had to use one word to describe him, it would be "tenacious".   He was unyielding and unshakeable in his support of the Second Amendment, and as firm in his advice on how to conduct ourselves after an encounter with an assailant.   He advised us how to handle the police in a variety of situations, from a "rogue" cop making a traffic stop, to the protocol for calling in a crime; whether you only drew your weapon, or actually were forced to fire in order to protect yourself.   His advice also included how to de-escalate a situation, and how to politely conduct an interview with law enforcement, no matter what the situation--- "Smile, ask permission, and don't antagonize; yet, never give away your rights."
All this valuable counsel was given with exaggerated gestures, a piercing stare and entertaining stories of case studies.  As it turns out, Frank has enjoyed and mastered much of the same training regimens we have, and will soon be conducting an evening seminar for other Second Amendment practitioners on the very subjects we discussed.   That was welcome news!  As a gun owner, I have been feeling a mounting pressure; my God-given right to protect myself is being portrayed as outdated and unnecessary.  Even to the point that we are targeted as being the center of the problem ourselves! So I left his office feeling not quite so isolated and alone.   I felt that there was a layer of protection between me and "the system" that wants to take away my only effective method of protecting myself.
So if you haven't considered making the acquaintance of a friendly, Second-Amendment-loving Criminal Attorney, I suggest you do.  As Frank pointed out, the law of averages are you will never need his services.  But if your number comes up, you'll want to have your own "Frank" just a phone call away.