And The Race Is On!

If you have tried to buy ammo or purchase a gun in the last week or so, then you are very aware that neither are readily available.   I am not claiming to have the definitive answer as to why, but I have a couple of thoughts.  First, let's take a look at the shocking testimony of Defense Secretary Leon Panetta and Joint Chiefs of Staff Chairman General Martin Dempsey in which they indicated that "international permission" (interpret that as meaning the U.N.), rather than Congressional approval, provided a "legal basis" for military action by the United States.  Our national sovereignty is at stake and I think this made a lot of people "wake up and smell the coffee".  You can see this amazing video on Youtube. 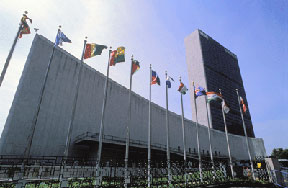 Next, there's all the talk about the 2012 conference to draft a blueprint for a U.N. Arms Treaty Resolution, which the U.S. has endorsed along with 152 other countries.  Among other things, the terms of this Resolution entail tougher gun licensing requirements (and more red tape); a confiscation of all "unauthorized" civilian firearms; it would create an international gun registry; and ban the trade, sale and private ownership of all semi-automatic weapons.  In short, this Resolution would, once again, put our national sovereignty in question, and provide the federal government with a license to assert preemptive powers over states, as guaranteed by the Tenth Amendment, in addition to threatening our Second Amendment rights.  You will find many on the internet that say this is not real, and Second Amendment advocates are exaggerating and using scare tactics.
But when former U.N. ambassador John Bolton cautions gun owners to take this initiative seriously, I pay attention:  he states that the U.N. "is trying to act as though this is really just a treaty about international arms trade between nation states, but there is no doubt that the real agenda here is domestic firearms control." 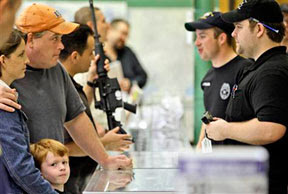 The so-called "run on guns" is not just some rumor being passed around by crazy gun-loving citizens.  I have personally witnessed it.  Remember the post on my new Sig522 rifle that performed like a dream during my recent rifle training class?  Well my husband got a little jealous, and decided he wanted one as well, and was amazed to find that there wasn't one available anywhere, except online, and at an inflated price.  A recent check revealed that even those were no longer available.  It couldn't be found at any of the reputable gun brokers in our area; or any of the Big Box gun dealers --- nowhere!  And it's not just popular firearms.... ammunition is disappearing like crazy, too!  A local gun shop said he is worried....what he has on the shelves is all there is .... and the distributors are not filling new orders.  His theory?  Some suggest that dealers did not want to carry inventory over into the new year for income tax purposes, so they were careful with over-ordering.   The real question is why are the Distributors short on their end?  No one can really answer that question.  The only thing that is certain is that the ammo supply is drying up fast and the run we experienced in 2009 seems to have started again.
Though we don't know the specifics of what's going on, people are overly concerned and are trying to make sure they don't get caught short.  If you have a theory, I'd be interested in hearing it.

Hebrews 12:1      "Therefore, since we are surrounded by such a great cloud of witnesses, let us throw off everything that hinders and the sin that so easily entangles.  And let us run with perseverance the race marked out for us."
Posted by Pam Kohler at 7:00 AM