As I told you last week, I am taking part in a 10-week online course on the Constitution.  "The American Mind" was the title of the first lecture offered in the course, Constitution 101:  The Meaning and History of the Constitution, offered by Hillsdale College.  It has been a long time since I have been part of any serious endeavor to gain knowledge about the founding documents of our country... far too long.  So I am thrilled to have the opportunity to discover exactly what America is all about.
This introductory lesson examined the long lost meaning behind the creation of the Declaration of Independence, and hence, the Constitution; the belief system that guided our Founding Fathers to their revolutionary actions.
The instructor (Dr. Larry Arnn, President of Hillsdale) began his lecture with the simple question, "Why study the meaning and history of the Constitution?"  His answer was simple and erudite:  there are two reasons:  1) How did these men come to the conclusion that all men are created equal, and that checks and balances were a good thing?  and  2) It is URGENT that we know the meaning and history, because we are about to discard these principles and institutions and adopt others.  There is a vast difference between our founding principles and the new ones we are considering, and they are highly incompatible.  We'd better know how they are different! 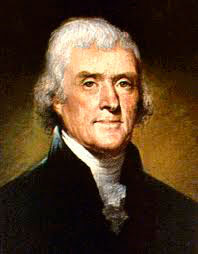 Deuteronomy 4:6   "Observe them carefully, for this will show your wisdom and understanding to the nations, who will hear about all these decrees and say, 'Surely this great nation is a wise and understanding people.' "