Mogambo Guru! Where Are You When We Need You? 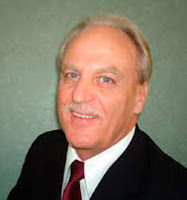 Lately, I have really been missing the wit and the wisdom of one of my favorite bloggers, Mogambo Guru.  May 23, 2011 is the last posting of Mogambo's work that I can recall on SurvivalBlog.  If anyone knows of any recent writings, I would appreciate it if you would notify me.
This morning, as I contemplated the news that Soros is working the levers at a fever pitch, I thought how comforting it would be to scroll the Economics and Investing section on SurvivalBlog and see his name in parenthesis.  His writings were one of my favorite reads, and each day I coveted my Mogambo time.  But now this world is just a lonely wasteland, without his take on it.
He has most likely retired to his bunker with stacks of Cheetos and cases of Jiffy Pop (with added butter), waiting for the economic hammer(s) to drop.  But, oh, how I miss that bit of creative sarcasm and the colorfully illustrated pictures he painted in my head!
After the 2008 Crash, Mogambo was the single most important factor in waking me up and inspiring me to take action.  "Move your assets into the 'King's money', and we ain't talking Frankincense and Myrrh!"  I miss these "Mogambo-isms" and I miss his WFD (as in "We're Freakin' Doomed!") comments.  I miss the simplicity and ease with which he could condense all the financial nonsense into a one-page explanation about where the "Fed Train To Hell" (FTTH) was taking us, and how to jump off relatively unscathed.
So, Mr. Guru, I don't know if you can hear me or not, but I would pay dearly for a Full Alert Mogambo Response (FAMR), or one of your slap-downs on the Neo-Keynesian Dufus Society that continues to push us down as a country.  And if there are any of you who are unfamiliar with this genius, I invite you to read some of his past articles. 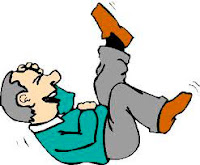 Secretly, I wish you well, and I know my selfish appeal is rooted in our like-mindedness.  So now, the only thing to do (OTTD) is sit here and quietly giggle with delight, while I channel your imagination.  Whee!  This investing stuff is easy!