Why I'm A Proud Member of Gun Culture 2.0

OK, now here’s where I may freak out a whole section of you, and I hope you bite the bullet (sorry!) and read on.  It’s not as scary as you think.
First, let me explain what Gun Culture 2.0 is.  It consists of men and women who didn’t grow up hunting, who didn’t grow up shooting, but are concerned enough with what’s happening in the world to consider buying their first gun, as an exercise of their Second Amendment rights.
Gun Culture 2.0 members have made the decision that they alone are responsible for their own protection and safety, instead of abdicating it to law enforcement or the government.  And that decision cuts across all political party lines.  And what’s more, women make up the largest majority of Gun Culture 2.0!
What was my impetus?  Increasingly, law enforcement has been warning citizens that they couldn’t rely on police to be able to get to them in time to stop a threat or prevent harm.  A few years ago, I was traveling by myself a lot during my father’s health decline.  It quickly became clear that the most effective means of protecting myself was a firearm. 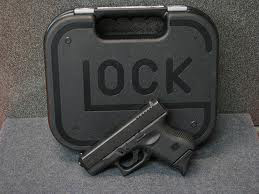 So I got my Concealed Handgun License, and naively thought I could now defend myself.  WRONG!   Unfortunately, most people who take a CHL class think they've received training in how to handle their gun in a gunfight.  But you can't learn that in a classroom.  Some women friends in my rural community took the lead and attended a tactical handgun class and realized just how much they had to learn.  In their own words, “You don’t know what you don’t know, until you get trained.”
So I timidly signed up for my first tactical gun class, which included developing and refining a series of motor skills that relate to being involved in a life or death situation, so that those skills become second nature; i.e., learning how to operate my gun safely and confidently.  Let’s just say that I didn’t sleep much the night before, but I finished that 8-hour training class with a newfound familiarity of my Springfield XD 9mm range gun.  I could load, unload, clear 2 types of malfunctions (when a bullet is jammed in the chamber and won’t eject), change out a magazine, complete a chamber check, and handle a variety of different styles and calibers of pistols.
Once I learned that my gun was not a foreign object, and I could actually enjoy shooting my gun, my pride (and a bit of competitive spirit) took hold and I wanted to learn more.  I took that first class about 9 months ago and have since advanced to working out of a holster (and actually concealing the weapon on my person) in real-life scenarios.  I have received my certification from Defensive Training Institute, bought a Glock 26, 9 mm as my carry gun, and know, really know, that I am capable of defending myself.
My hopes and prayers are that I will never need to draw my gun for the protection of my family, or myself, but if confronted with the necessity to stop a threat, I am properly trained and confident that I can perform.

1 Timothy 4:8      “For physical training is of some value, but godliness has value for all things, holding promise for both the present life and the life to come.”