What Can We Expect In The Coming Year? This Is What The Lord Says! 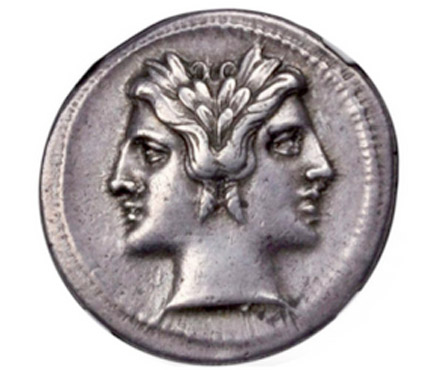 This is the time of year when men make their predictions and prognostications about the coming year. It's also part of this longstanding tradition to make resolutions of positive changes in the new year. This tradition goes all the way back to ancient Babylonia, and according to Almanac.com, "In 2000 B.C., the Babylonians celebrated the New Year during a 12-day festival called Akitu (starting with the vernal equinox). This was the start of the farming season to plant crops, crown their king, and make promises to pay their debts."

The Romans adopted the tradition of making resolutions, and with the advent of the Julian calendar in 46 B.C., January 1st became the beginning of the new year. Again, Almanac.com records, "January was named for the two-faced Roman god, Janus, who looks forward for new beginnings as well as backward for reflection and resolution. The Romans would offer sacrifices to Janus and make promises of good behavior for the year ahead".

Today, we carry forward the idea of new beginnings and making resolutions for positive change. But it seems to me it has become demonstrably self-serving; focused on what will make our lives better in all the worldly ways. For instance, I've perused various websites who are in the business of seriously predicting the top issues most Americans care about. They range from concerns that the intelligence community and Justice Department will continue to overstep their bounds in surveillance of citizens, to the connections between China-linked companies and U.S. foreign policy, to a possible US-Ukrainian partnership to research and develop bioweapons. As we watched so much of our national position deteriorate in 2022, it is only natural to be concerned about the direction of 2023. To be honest, I haven't heard a lot of hope or optimism for changing our national trajectory.

As a Christian, I wonder when we stopped treating new beginnings as ways we could honor the Lord and make positive changes to follow His commandments. Wouldn't that be something that would benefit the family of man? While the Bible speaks of new beginnings and the establishment of the Hebrew new year [in Exodus 12:2], nowhere does the Word mandate the making of vows or resolutions at the start of each new year. And this practice has always seemed so short-sighted to me. We make resolutions, hoping that our good intentions will result in dramatic change that will make our lives better. But we never really take responsibility for the situation we are in, nor seek God's guidance and feedback about how we can improve our lives. And things just seem to continue spiraling downward.

So, this morning, I found myself rejecting the traditions of our culture to make another list of things I wanted to accomplish for myself this next year. I wanted to hear what God had to say about the bigger picture -- where are we headed as a nation? So, I asked the Lord to direct me to what He wanted me to know, and just let the Bible open where it would. Not surprisingly [to me], it opened to Jeremiah. I say, "not surprisingly" because God has shown me and my husband that He will use us as He has used men throughout history; to forewarn of coming judgment if His followers do not repent of their ways. So, I read with great interest what the Lord had to say to the nations [through Jeremiah] in Jeremiah.

If at any time ... meaning anytime in history, because He is the God of yesterday, today, and tomorrow. Pretty sobering, right? It doesn't matter what resolutions we make -- if, as a nation, we are acting in opposition to His goodness, consistently committing evil, then we can expect judgment. The next few chapters continue the saga of the decline of Judah and Jerusalem and their deliverance into captivity in Babylon. God continues to warn them of their heresy and evil deeds, saying, in Jeremiah 21:5, "I myself will fight against you with outstretched hand and strong arm, in anger and in fury and in great wrath". That should strike fear into the hearts of all men who love the Lord!

And what were the sins committed by the nation who professed to love the Lord? Read Jeremiah 22. Among the sins were accusations of building the nation's house by unrighteousness and injustice; making the people serve the nation's needs without proper wages; having the eyes and heart only for their own dishonest gain; for shedding innocent blood; and for practicing oppression and violence [verses 13-17]. But that's not all ... the Lord also says, "I spoke to you in your prosperity, but you said, 'I will not listen'. This has been your way since your youth, that you have not obeyed My voice. The wind [Holy Spirit] shall shepherd all your shepherds and your lovers shall go into captivity; then you will be ashamed and confounded because of all your evil... how you will be pitied when pangs come upon you, pain as of a woman in labor!"

Where have we heard that before? Oh, yeah, Jesus warns us that among the signs of the End of the Age, will be nations fighting against nations, famines and earthquakes. "All these things are but the beginnings of the birth pains..."  the pains caused by the evil deeds of the nation; labor pains that will come when the Holy Spirit will lead the false shepherds into captivity as they experience the shame and confusion of trying to understand where they went wrong. [Read Jeremiah 23].

I know this doesn't fit the "good feelings" that usually accompany the beginning of a new year. But it is vitally important for us Christians to understand that what the Lord says to the nations who have gone astray in the past, holds true for what He is saying to the unfaithful nations today. His character is unchanging, and He demands righteousness and justice of those He blesses with prosperity and good fortune. And no nation has received such tremendous favor than the United States. But, we have not remained loyal to the One who blessed us. We have done all the same things as the apostate nation of Judah did. Can we expect any less judgment if we continue down this path?

So, if you believe that New Years resolutions can change the direction of your life and our country, then I suggest you start declaring what the Lord requires of a righteous nation -- to keep the covenant of the Lord their God and forsake the worship and service towards other gods. Do not keep the Lord's warnings to yourself, but make them known across the land; exhorting the shepherds in the church buildings to speak the Lord's truth; and encouraging those who profess obedience to the Lord to hold to the righteous path. We still have a chance to convince the Lord we are a just and righteous nation. He wants to restore us! But we have to turn the tide in this nation away from the evil projection it is pursuing. And we need to understand that no amount of vows or resolutions will replace authentic repentance and a clean and resolute heart. Cry out: Help us, Lord! Fight for us!

Jeremiah 30:24   The fierce (righteous) anger of the Lord will not turn back until He has fulfilled and until He has accomplished the intent of His heart (mind); In the latter days you will understand this.