Oh, The Depth and Power of Jesus's Faithfulness! 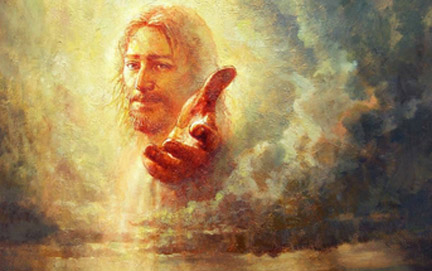 Today, the focus of this post is testifying to the overwhelming passion Jesus has for those who belong to Him. As most of you know, the Lord has called my husband and me to participate with Him in helping to set the captives free. For the last ten years, we have embarked on a journey with Jesus to places and people we would never have foreseen in our lives before Him.

Why us? The only answer my spirit has been able to discern is that He knew the purpose for which He created us, and when the time was right, He called us into service. To be honest, looking from the outside in, no one would have picked us! But He knew ... He knew first of all, that we would say "yes" to His invitation. He knew we would remain patient during the three years He sent the Holy Spirit and the anointed people to equip us and train us up. He knew that we would be strong enough to withstand the doubt, unbelief, and judgment from our religious brothers and sisters. And He knew we would be bold enough to step into the unknown territory of the Enemy to which He would lead us.

Believe me, we did none of this out of our own strength! We had to learn to sit our souls down in order to let our spirits rise up and hear from the Lord. But, oh what rewards there have been as we have matured in this calling! And I write all this to encourage and fortify your faith. It is important you know that we have been introduced to people who have experienced the most horrific childhoods that have led to adulthoods lived in constant torment; people who, according to the world's yardstick [and the Church's], have committed every sin, blasphemy, and offense that would qualify them as irredeemable (unable to be redeemed, restored, or recovered).

Yet, we invite Jesus to overcome the judgment and condemnation they've received from "the religious" members of the Body of Christ; to counter the lies the Enemy has told them since the doors of sin were opened in their childhood; and to restore them to their original purpose that the devil tried to kill, steal, and destroy. And He shows up!!! We have worked with people who believe the lie that Jesus can never forgive them for the molestation they endured; for those they, in turn,  have molested; for the promiscuous years; for the homosexual urges and experiences; for the bestiality; for the drug use and addictions; for the adultery; for the pornography; for the witchcraft they've engaged in; for their agreement with Satan ... and so much more.

Yet, every single time, Jesus appears to their spirit and hears their confession of forgiveness for those who have wounded them and hurt them (including themselves). And because they have forgiven, He can forgive them. And then He shows His faithfulness to keep His promises to bind up broken hearts; to comfort all who mourn for their sins and the sins committed against them; to give them new garments of righteousness; and to open the prison doors to those who are in bondage.

We have been privileged to witness glorious testimonies of what Jesus does in the Spirit for those whom He loves and died for. Countenances literally change -- skin tones go from ashen gray to rosy and glowing. Eyes go from dull and dead to bright and shining. Tears flow as the person understands they have been transformed from Satan's Despised to Jesus's Beloved. They now lay claim to the Authority and Power that Jesus has bequeathed to them. They no longer wait for Jesus to come rescue them, but know He has given them the key to their own freedom... the authority to close the spiritual access points to a sinful nature, and the power of His blood to seal those portals permanently shut. The result is generational iniquity is canceled, and new stories are written in God's Book of Life. Future generations will know the love and favor of the Lord for following His righteous path. And their inheritance in Heaven will be significant.

As I finish this declaration of Jesus's extraordinary and supernatural faithfulness, I want you to know that it extends to each one of us ... me and you! There is nothing we have every said or done that He cannot forgive and redeem us, IF we are willing to confess our sins, forgive those who have hurt us -- just as He forgives us -- and surrender our lives to His righteous ways. We have been given the keys to His Kingdom, where Freedom flourishes and God's will is the ruling principle [to know what He has put in us and how to use it]. The world and our Enemy is trying to convince us we are guilty, shameful, inadequate and unworthy. But I'm here to tell you that Jesus is just waiting for an invitation to conquer those lies and establish His truth as the ruling principle in your life. I have heard and seen Him demonstrate and confirm every promise stated in the Bible. And they are not just words in the Bible... He is the Living Word and the embodiment of all those promises! He can heal your pain and torment! Believe it!

Deuteronomy 7:9    Know therefore that the Lord your God is God; He is the faithful God, keeping His covenant of love to a thousand generations of those who love Him and keep His commandments.