Now Is The Time To Pay Attention! God's Economic System Is Better Than The World's 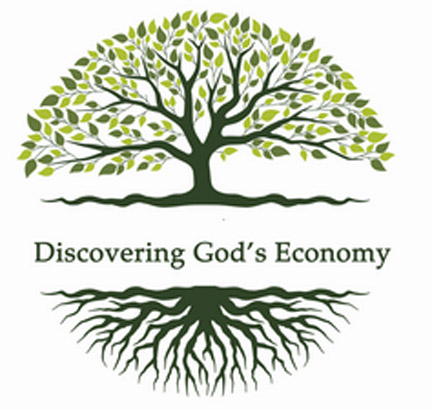 With the financial health of the stock market declining at a consistent rate, we cannot ignore the implications for our economy and our future. I know the subject of money and wealth is a difficult one for the Christian community to discuss. But it shouldn't be. God has an economic system in His Kingdom, and we would do well to discern just how different [and better] it is than what the world offers.

In 2008, God shook my husband and I awake. We were just your normal, average American citizens. But when the housing market began crashing from the sub-prime mortgage debacle, our spirits got jolted and we started educating ourselves to the machinations of our nation's economic system, and began asking God for wisdom and counsel in order to avoid getting caught in the evil web that was being spun.

As inexperienced as we were, we were wise enough to listen to what God was instructing our spirits. Instinctively, we knew that the Kingdom of God on earth was to reflect His Heavenly Kingdom. So, if the world's economic system seemed to be failing, shouldn't we, as Christians, be seeking to find out how God instituted His economic system in Heaven and wants our financial system to operate?

If you grew up with the distorted view of money that I did, then you probably have faced the same two fears that I have known: 1) that money is the root of all evil, and 2) the very real fear of lack of money. Those two fears are at odds with each other and can cause confusion and frustration. So, let me share some thoughts about how God wants us to consider money. First, and most importantly, can we agree that God owns the world and all that is in it? And, yes, that includes all the money [no matter how much the financial gurus try to convince you that it can belong to you]. True, the very wealthy are accused of accumulating more than their fair share; and the government tries to control how much you can keep.

That was the first important principle of God's economy that Mark and I learned. I think we were both so unhappy working in the corporate economic system [where we saw so much mismanagement and dishonesty], that it wasn't hard to make the jump to be self-employed, which also led us to the importance of tithing. Once we had to place our trust in God's grace and authority in blessing us with His resources, we wanted to share those blessings as He led us. We understood that anything that came into our coffers, came from God. And in humble thanks for what He provided, we wanted to give back to Him in ways that honored Him. For us, that meant giving to others as we saw needs to be met; always making it clear that it wasn't our money, but God's, and He was using us to let them know He saw them and recognized their need. You see, God moved that money through us [meeting our needs] and then moved it to someone else who needed it.

And can you fathom that God has all the money that He will ever need to achieve His goals for the world? But He loves partnering with us, which leads to an intimate relationship of sowing and reaping. God gives us what we need, and if we stay in righteous relationship with Him, we can harvest seed from His blessings and sow it in [and through] others. That economic system perpetuates itself and moves God's money as He informs. And that calls our attention to the concept of stewardship, which is our responsibility to supervise, protect, and manage God's property.

Another truth that we need to understand is that because money belongs to God, it is not evil. I mean, God blessed Abraham, Jacob, and King Solomon with great wealth. The Bible says Abram was "very rich in livestock, in silver, and in gold" (Genesis 13:2). Jacob's wealth "increased greatly" in livestock, servants, camels and donkeys (Genesis 30:43). King Solomon "excelled all the kings of the earth in riches and wisdom" (1 Kings 10:23). It must also be understood that while God used these men in powerful ways, and their wealth was often expressed as a blessing from God, it did not necessarily indicate their standing with Him. We would be wise to see the real value of money in this world ... it is provision given to us to be wisely invested so that it yields a return for the One who owns it. It does not entitle us to run our own program with the money He has given us.

In this world, we are subliminally taught that money is the key to happiness. The wealthy are always shown as possessing things that bring them joy; and those things cost money. Hence, the message we get is that the desire for money is essential to be happy. The poor are rarely shown as satisfied; they covet or are miserable because of the lack of money. In essence, we have been trained to see money as an idol. When that happens our focus is taken off Jesus [and what He has given us] and transfers to our own selfish needs and desires.

So, how do transfer into God's Kingdom economy when we find ourselves facing a serious downturn in the world's economic system? First, let me say it is my personal opinion that we are going to feel some pain in the short term [and only God knows how "short" that term will be]. But when you understand how God's system works, you will navigate this new reality with the proper perspective, which is ... be thankful for what you have been given, recognizing who it belongs to; even in the midst of hardship, sow into others and you will please God, reaping treasure in heaven; and, last but not least, you are not alone.

We serve a God that seeks to bring this world into alignment with His Heavenly Kingdom, and that can mean pain when we are so far out of position. He knows what we need and He desires to give us "our daily bread". So, no matter what our economic future or the future of the nation looks like, let us be content in what we have been given, always looking to share in the blessings we have received. And never forget that no matter what the world looks like, there is an eternal existence that awaits us, and it is our righteousness that will be measured, not our riches.

Luke 6:38    Give, and it will be given to you. Good measure, pressed down, shaken together, running over, will be put into your lap. For with the measure you use it will be measured back to you.