The Danger In Our Children Forsaking Their History 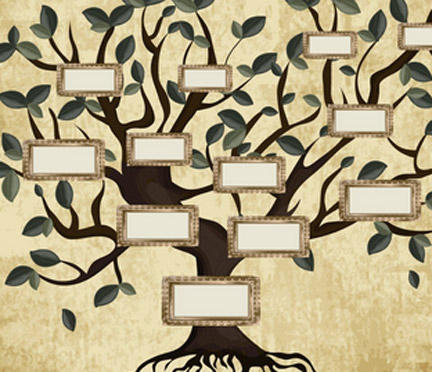 In one of the first blog posts I wrote in 2012, I addressed the concern I had that the valuable life lessons of my generation [that I learned from the generations before me] were not being valued by the Millennial Generation and the generations following them. I wrote, "It is becoming more and more apparent to me that our children are no longer learning from us".

Then this week, ten years later, I found myself in a conversation with a very dear friend about this very topic. I'm a number of years older than she is, but she has entered that season of life in which you begin thinking about the things you would like to bequeath to your children or grandchildren. But we both found ourselves agreeing that the younger generation has made it clear they aren't really interested in preserving anything as a memory of their ancestors. Photos, jewelry, art, furniture or anything sentimental or nostalgic hold no interest for them. Don't get me wrong .... this is not about worshiping or idolizing "stuff" or material possessions.

So, what is my point in calling your attention to this circumstance? I have a standard to live by because I was raised on the courage and the moral values of my ancestors. I am the keeper of valuable life lessons learned by my great-grandparents, grandparents, and parents, who learned from their parents who lived through the Civil War, two World Wars and a crippling depression. They learned how to survive, and knew how to persist through hard times. In me, they found a willing listener, who wanted to be able to follow in their footsteps if ever faced with the same life challenges. And what's more, the few things that have been passed down to me are reminders of those who not only contributed to my DNA, but they are visual symbols of the strength of mind and character that are my inheritance. I don't cherish them because they have material worth; they are a treasure due to who they represent.

But our younger generations don't seem to care about knowing where they came from; instead, they are willing to follow whatever the latest celebrity or media guru tells them they should feel, think or say. But it's not just social media that is steering our kids wrong. The very institution that we trust to educate and maintain acceptable standards for our children, has now decided that they are to have the primary jurisdiction over their lives. In 2012, I asked the question, "Have we handed over the responsibility of forming our children's identity to some nameless entity that knows better than we do?" Now, in 2022, it's very clear where that threat is coming from, and that there is a vigorous effort to remove not only our children's personal and national history, but any influence of past generations or parental authority or direction.

In light of this alarming circumstance, if you asked the Millennials today to tell you what they've learned from their parents or grandparents, could they tell you? Are they even interested in learning from us and what was passed down to us as wisdom and knowledge? And most importantly, do they know that it is not all about them? That the rewards of this life come from working hard, helping others, and giving glory to our God?

I know that I am a product of tough and remarkable people; people who lost spouses at a young age and had to provide for small children during the Depression when food and clothing were scarce. I come from people who survived outbreaks of virulent disease; lost their homes to fire; lost babies to tuberculosis, the leading cause of death in the U.S. at the turn of the 20th century; and left all their belongings behind as they hurriedly escaped from the "advancing Yankees". And I have the 1814 Family Bible that records the dates of their births, deaths, and marriages from that date forward. My question is, will anyone want this valuable reminder of the endurance and girt and mettle that came before me?

Remember, that God instructed Joshua to leave 12 stones on the shore of the Jordan River [after the Israelites had crossed over] as a memorial for future generations to be reminded about their journey and the deliverance they received from God. If our subsequent generations lose the history of our own journeys, and that of our nation, they will be doomed to repeat the mistakes and errors that were made. And if they abandon the desire to know about us and those that came before us, they will lose their unique identities and any opportunities to draw from the vast knowledge base that could teach them how to endure and overcome the difficult future we are facing. I'm afraid our culture is lulling them into complacency, contentment, and a willingness to relinquish the narrative of their ancestors as no longer relevant.

As my friend and I finished our conversation, we both lamented the very real possibility that this generation will never receive the benefits of hearing [or knowing] about the trials and acts of resiliency and fortitude that led from their ancestors to their own existence. In 2012, I urged readers to teach their children to embrace that rich inheritance. Today, I'm not sure the children want to be taught. I applaud those parents who are engaged in taking back our education system and I pray that they they will institute their own re-education plan of teaching family history and the responsibility [and yes, obligation] to remember and honor those who came before us.

Now, I'll leave you with my last thought ... Like those 12 stones on the side of the Jordan River, the chronicles of families should never be forgotten. I'm afraid our children and children's children are going to need visible and lasting reminders of what once was.

Deuteronomy 32:7   Remember the days of old; consider the years of many generations; ask your father, and he will show you, your elders, and they will tell you.