Apostate America and the Ichabod Church 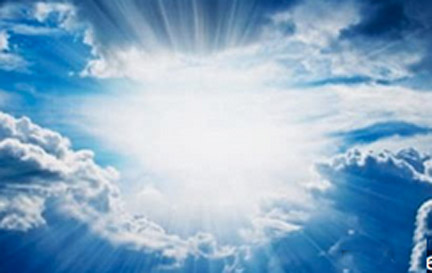 Before I present the heart of this premise, let's identify what I mean by the terms I use in this title. To begin, the word "apostate" means "one who has abandoned their religious faith, a political party, one's principles, or a cause". To my way of thinking, America is guilty on all those fronts. Let me plead my case: according to the latest report by Dr. George Barna's Cultural Research Center, although 69% of Americans self-identify as "Christians", this figure represents a diverse population with often conflicting theological views, with some even having beliefs that hold, frankly, unbiblical perspectives. When taking a closer look, Barna found that "many in this group hold views clearly in conflict with traditional teachings and only 9% actually possess a biblical worldview". And of that 69% of self-identified Christian Americans, only 6% live a lifestyle that demonstrates a consistent understanding and practice of Biblical principles.

In other words, 69% of Americans simply call themselves Christians and their diverse belief systems include such "doctrines" as people are basically good; they consider feelings, experiences, or the input of friends or family as their most trusted source of moral guidance; having faith matters more than which faith you pursue; all religious faiths are of equal value; if a person is good enough, or does enough good things, you can earn your way into heaven; they believe that the Holy Spirit is not a real, living Being but is merely a symbol of God's power, presence, or purity; they believe in karma; and finally, that determining moral truth is up to each individual [there are no more moral absolutes]; moral truth is subjective  [based on opinions and interpretations]. None of that follows the tenets of the Bible or true Christian faith!

Then, there is my opinion that America is guilty of apostasy for abandoning the personal and political principles that once identified us as an honorable, ethical, and decent nation. But corruption at the highest levels of our government [and within our political parties], and the hunger for power and money in our elected officials and heads of business, have led to men and women willing to compromise their personal and professional principles and responsibilities in favor of perversion and wickedness.

And that leads me to what I see as America being guilty of apostasy by abandoning her cause. Whether you consider the legend of the early European settlers to America as the "new Israel entering the Promised Land" to be a myth or not, it cannot be denied that this nation was the first in all of history to establish the common man's right to own land as personal property. We have had our share of flaws and mistakes, but millions have been drawn to our shores in search of freedom [which is an instinctive desire to act, speak, or think as one wishes] and liberty [the state of being free from oppressive restrictions, or control, imposed by authority on one's way of life, behavior, or political views]. It doesn't take much of an argument to propose that liberty is the root cause of freedom, or that liberty is under threat in an apostate America.

As for what constitutes the Ichabod Church, the background for this appellation comes from 1Samuel 4, in which the Bible tells us of Eli, a Hebrew priest who served God in the tabernacle in Shiloh. The prophet Samuel was just a boy at the time, attending to the service of the Lord under the supervision of Eli. However, Eli's two sons, Hophni and Phineas, were guilty of dishonoring and blaspheming God and Eli did not rebuke them. So the Lord told Samuel to warn Eli of the coming judgment upon his family for their sinful behavior. It came to pass that Israel and the Philistines went to war, and Israel was defeated. The elders of Israel called for the ark of the covenant to be brought from the tabernacle at Shiloh [and to be among them] so that the Lord would come and save them from the hands of their enemies. But the prophecy that Samuel had spoken from the Lord was fulfilled. Thirty thousand foot soldiers of Israel were killed in the battle, including both of Eli's sons, and the ark of the covenant was taken by the Philistines. Upon hearing the news, Eli fell backwards off his seat by the city gate [where he enacted justice among the Israelites], broke his neck and died.

His daughter-in-law, Phineas's wife, who was pregnant, went in to labor at the news, and gave birth to a son, whom she named, Ichabod, saying, "The glory has left Israel, because the ark of the covenant is gone". And because the labor had been difficult, she died soon after giving birth. The significance of his name is this: the meaning of "Ichabod" is "inglorious", or "there is no glory". In the history of Israel, the Glory of God was evident in the pillar of fire and the cloud that followed Israel and guided them and guarded them during their Exodus from Egypt. Once the ark of His covenant with Israel was built and placed in the tabernacle, it became a symbol of YHWH's presence with His people, and signified God's favor and blessings on them. Therefore "Ichabod" became a reality to Israel ---  and it remained as long as they remained disobedient to His commandments.

With the ark of the covenant absent from the tabernacle of Israel, so was the glory of God. And Jesus refers to this concept in Matthew 23:37-38, when He says, "O Jerusalem, Jerusalem, who murders the prophets and stones [to death] those [messengers] who are sent to her [by God]! How often I wanted to gather your children together [around Me], as a hen gathers her chicks under her wings, and you were unwilling.  Listen carefully: your house is being left to you desolate [completely abandoned by God and destitute of His protection]!" The Greek word "desolate" means "abandoned to ruin".

Notice that He says "your house". It is no longer "My House" or "My Father's House" -- God is no longer there! There is no glory! Ichabod! As much as it saddens me to suggest this, but the same sins of disobedience, idolatry, and compromise have entered into far too many modern churches. The Holy Spirit is not present, and the glory of God has departed. Which leads me to this summation: When I look upon the apostasy of America and her abandonment of true faith, a righteous government, Godly principles and the cause of freedom and liberty... and I combine that with an Ichabod Church where God's amazing and powerful glory has been replaced by self-promotion for the purpose of power, status, or wealth, I find it difficult to see signs that God is going to forego judgment or discipline.

Believe me, I pray that we can humble ourselves and turn the hearts of the people and our leaders back to Him and His glorious ways, but that means we must restore our covenant with Him on so many levels. He is a God of miracles and I hope you will join me in praying that He will pour out His mercy upon this desolate land! Let the name of Ichabod be removed from our lexicon and the true meaning of "Christian" be restored to reflect one who has a deep commitment to passionately pursue being like our glorious Savior, Jesus Christ!

1 Timothy 1:17  Now to the King of the ages [eternal], immortal, invisible, the only God, be honor and glory forever and ever. Amen.