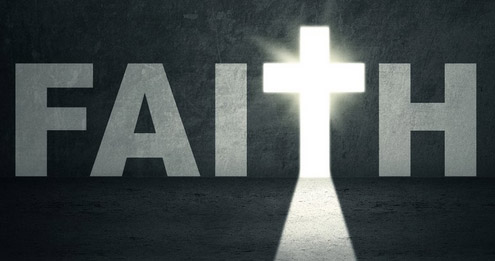 I have never walked [nor appeared] conventional in the eyes of the world. I know that from a very early age, I saw life through a different lens. It was like I could see things, events, and people in their "real light", rather than the false image that were projected. In fact, when I was eight-years-old, my Third Grade teacher asked us to write about how we saw our personality. I made it very clear that I did not like "fake" people. Now, that doesn't sound very friendly, kind, or pleasant, does it? It wasn't that I called anyone out; it just meant that I chose to be very discriminating as to whom I wanted to associate with. And I use that word "discriminating", not in the sense of today's cancel culture, but meaning that I could perceive the difference between genuineness and superficiality.

As I grew into my teens and early adulthood, I continued to look at things differently than my peers. At the time, I could not have explained my inner thoughts, but I now see that I had a gift of discernment that allowed me to interact with people of all natures, regardless of what social labels they were attached to. I usually felt like I was outside looking in, but also found myself accepting [and being accepted] by those who society elevated to the "popular" crowd, while also identifying and connecting with those who out on the margins. But I always felt "separate". Not in a bad way. I wasn't interested in judging people; I simply knew I was different. Our society likes to put us in a category, and I think my peers found it difficult to figure out exactly where I fit. I had no idea how that would play into my walk with Jesus.

From the beginning of my faith journey, it didn't look like the mainstream or customary "salvation experience". Unlike many, I did not grow up in a "church-going" family, nor did I make a decision to give my life to Christ as a child. I was in college, [when through my own free will, and some would say, bad choices,] I found myself voluntarily leaving college, on my own, with no job and no source of income. My father was extremely disappointed in my choices, and being unwilling to admit I had failed by making those choices, I declared that I intended to go back to school and finish my degree [which I did, a year later]. But that situation found me crying out to Jesus. I knew about Him from my believing mother and grandmother, but I did not know Him. Yet, through His grace and mercy, and His unceasing pursuit of me, He rescued me from that lonely and scary time. So, I was now acquainted with Jesus, but not yet inclined to surrender my life to Him.

That would take another 13 years of living in the world, seeking to feel comfortable in my unconventional skin, while knowing there was more to this life than I was experiencing -- still feeling I was on the outside looking in; like I was waiting for that "something" that would ultimately define me. It would come in the form of a serious auto accident, with me once again crying out for God as my car flipped 5 times. I emerged from the car, needing only 6 stitches in my head, and a moment of clarity that it was time to ask Jesus into my heart. There was no physical reaction; no instantaneous altering of my mind or spirit -- or at least none that I was aware of. All I know is that my faith journey began that day in 1986 and has continued to change me as I have allowed Jesus to grow me into who He designed me to be, and into a closer image of Him. And in doing so, I have often not resembled other Christians.

But, as I contemplate my faith journey through the experiences of my life, I see that I have always looked through different eyes, and have always been a risk-taker. That does not fit the mold of a conventional Christian. Often times, in modern Christianity, we are convinced that there is "a model" to follow in our faith, and that stepping outside those lines can lead to a radical faith that does not serve the Body of Christ. So, is there room within that structure for those of us who were made to walk the unconventional path?

I love the series called The Chosen, which follows the journey of the disciples of Christ as He called them from their diverse lives into an unprecedented manifestation of faith. Some seemed like ordinary fishermen; others were from all strata of society -- tax collector to "woman of the night". They all had different personalities and traits, but all were chosen for those specific attributes which would be needed to withstand the world's ridicule and objections. All were capable of walking out a radical faith. Are you? Because that is what it is going to take to traverse what is coming upon the earth.

Those Disciples were willing to walk with Jesus into an uncertain future. Are we not faced with the same challenge? But they trusted Him. We must do the same. He is the Creator of the Universe, who personally created each of us to do His will on earth. He never promised the journey would be smooth or safe. Yet those Disciples were men and women who were willing to take a risk in following Him and believing Him; right up to that moment of His last breath on the Cross. But they showed us that their faith did not dissolve in their confusion or fears at finding themselves without His physical presence. Like us, they soon had His Holy Spirit to guide them and counsel them as they continued to risk everything to carry His message of Salvation and the Kingdom to the rest of the dying world.

We have that same opportunity to take those same risks; to be radical in our exhaustive and extensive efforts to reach those who do not know the Lord we serve. It is time to be bold in our testimonies and to let go of our fear of man. It does not matter what people think of us; only what Jesus thinks! I do not want to stand before Him and have Him show me that my unwillingness to embarrass myself before strangers, or to step out in an unfamiliar crowd -- or Heaven forbid, speak His truth that the traditional Church scoffs at -- meant that one of His stray sheep lost the opportunity to receive encouragement to turn towards His steadfast voice and outstretched arms.

It is not easy to step out in faith. I get it! No one wants to be singled out as "different" or "radical". But Jesus is our model. Those Disciples are our model. Jesus showed us that a human being can have faith in God to lead us through our darkest times. There will be nights of sleeplessness; struggles with forces in this world and the spiritual realms; ostracism from the world and religious authorities; separation from family; and even times of uncertainty and questioning -- all experienced by Jesus and His followers. But our God never changes! What He did for Jesus and that dissimilar band of followers, He can and will do for us!

I want to leave you with this final thought ... I do not dismiss that God can stir a spirit of revival in the hearts of men, and that we could see a reversal of Satan's plans for the world. God would love nothing better than to see a renewal and regeneration of the earth and its systems. We would all love to see that victory! But should we continue on the current path, I will still count it victory, because our faith will grow stronger and more effective! We will walk in the footsteps of those who have gone before us in declaring the power of God and Yeshua! Just let me finish my race as Jesus and each of those radical believers did ... worshiping my Father in Heaven; declaring His glorious Kingdom; and praising Him for His power in my life to help me accomplish His will. That's how I want my faith to look ... right up to my final breath.

Matthew 21:21     Jesus replied, “Listen to the truth. If you do not doubt God’s power and speak out of faith’s fullness, you can also speak to a tree and it will wither away. Even more than that, you could say to this mountain, ‘Be lifted up and be thrown into the sea’ and it will be done.