The Gift of the Atonement 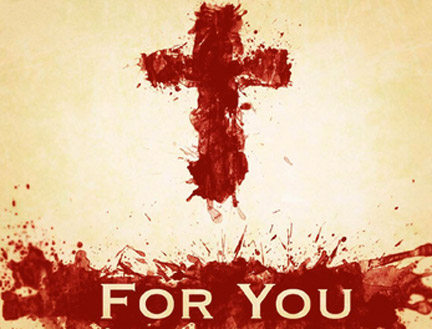 This is the Christmas season ... the time when gifts are freely given and received. We don't do anything to earn them and for most of us, we do it because we want to please those we love. God gave us the gift of His Son, and His ultimate purpose was to atone for the sins of man to bring us back into relationship with our Heavenly Father. He did that by becoming the Lamb of God; the One whose sacrifice took away the sins of the world. His Atonement [for us] is the greatest act [and gift] in all of history, and a testament to the all-consuming love of God.

I know that sometimes we 21st Century Christians still struggle with believing we have to do something to earn God's love. In the materialistic, self-centered, narcissistic world we live in, even those of us who profess our faith in Jesus may find ourselves bargaining with God to make sure we are still in covenant with Him. It's like it's too difficult to believe that Jesus's death on the Cross -- the final Atonement -- is enough to secure our state of being "At One With God". We get hyper-focused on our needs and begin to question if there might be something else we could be doing to assure the promise of the Atonement.

And what is that promise? How are we to understand the Atonement? The answer to that question is, at once, both a simple and deep one. The central message of the Atonement is that man's sin has separated him from the original relationship between man and God. God is a Holy God and He demands holiness, but there is nothing that sinful man can do to repair the breach. In other words, we can't be "holy enough". So God has provided a way for all men to come back into a harmonious relationship with our Creator. It is an act done by God because of His infinite and incalculable love for us. It was done by God for us and there is nothing we can do to add to it that makes us more worthy.

But what about all the animal sacrifices that the Israelites did in following God's commandments? It is important that we understand that from the beginning of man's sin in the Garden, God inaugurated a blood sacrifice to "cover" the sin. God, Himself, sacrificed animals on behalf of Adam and Eve to provide garments to cover their nakedness. He also provided a ram as a sacrificial substitute for Isaac in response to Abraham's faith. And He ultimately sent His own Son as a final sacrifice for all sins [for all time] for those who have received faith in Jesus [by His Grace]. These sacrifices involved the spilling of blood, and this is at the heart of the Atonement ... Leviticus 17:11 makes the significance of blood quite clear in the sacrificial system: For the life of the body is in its blood. I have given you the blood on the altar to purify you; to make you right with the Lord. It is the blood, given in exchange for a life, that makes purification possible. "Making atonement for you" is what "making you right with the Lord" means. You are "at one" with Him; forgiven, reconciled and ransomed [rescued and redeemed from sin].

The sacrificial system in the Old Testament exemplified the need for a blood sacrifice, but it was only temporary. Each year, on the Day of Atonement,  the priests would carry the blood from the animal sacrifices into the Holy of Holies to atone for the sins of the people during the year. But it would have to be repeated each year because it was not enough to adequately make amends for the sins against God and His Holy Character. The atonement of the sacrificial system was not only temporary, it was insufficient and inadequate. But God had another plan... Jesus, Himself, the Son of God, "went once for all into the Holy Place [the Holy of Holies of Heaven, into the presence of God], and not through the blood of goats and calves, but through His own blood, having obtained and secured eternal redemption [that is, the salvation of all who personally believe in Him as Savior]" Hebrews 9:12..

Go back and read the second paragraph again ... The Atonement is an act done by God! Yet somehow, we humans sometimes doubt that it is enough. And that, my friends, is called unbelief! We believe the lie of the Enemy that maybe we don't deserve the Atonement because we haven't done enough -- haven't prayed enough or in the right way; haven't served in the Church enough; haven't been perfect enough; haven't tithed enough; haven't been "Christian" enough!

Even Abraham struggled with this notion. God's covenant with Abraham included the promises that are still affecting the world today... that God would show Abraham a land and make him a great nation and the father of many [the nation of Israel was the fulfillment]; that Abraham would receive personal blessings [a great name, and a son in his old age, both of which were fulfilled]; and in Abraham's "seed", all the families of the earth would be blessed [fulfilled through Jesus Christ, by whom we have been blessed with Salvation]. Yet, there were times Abraham struggled with waiting on the Lord and took matters into his own hands, thinking his own deeds might be enough of a subtle attempt to manipulate God into following through on His promises. Abraham was beginning to doubt God's promise of a son, so he listened to his wife's suggestion of arranging [themselves] for a son to be born to Abraham. And we know where that got them!

The truth is, we often question God's promise of the Atonement for those who believe in faith in His Son. Shouldn't we be doing something to prove we are worthy of God saving us? Shouldn't we be trying harder to forgive everyone who has hurt us? Isn't there something else I need to confess and repent for? But we must discern when our "doing" becomes more about focusing on ourselves and our "works", rather than a genuine response of love towards the One who has done the sacrificial work of reconciliation.

I can explain it in these simple terms, as it applies to me. God has given me a gift to write. And I write for Him, just to please Him, with no expectation of fame, wealth, power, status or "extra points in Heaven". I know He gave me this gift and I use it in response to His love in giving it to me. That should be how we approach the Atonement of Jesus. Here is the heart of the matter: We can do nothing to enhance the gift His Atonement has brought us. Repentance, forgiveness, holiness and righteousness on our part can only be "done" [or accomplished] by the grace of God, which is HIS POWER IN US, to do what we can't do on our own! We can't do anything to add to what Jesus accomplished by His sacrificial death on the Cross! There is nothing we can do to add one iota to the all-sufficiency of the sacrifice He made to purify us from our sins.

As we contemplate the birth of the Christ child this week, let us see the "big picture" of just what that gift of love has given us. God, Himself, came to redeem us in the form of an innocent baby to the backwaters of the Roman Empire. Yet, He was willing to pay the exorbitant price demanded by our Holy God to deliver us from eternal death into Eternal Life, and it cost Him dearly. He suffered a brutal death and shed His own blood so that we who believe in Him would not have to pay the price we owed. So, let us never doubt that what He paid was enough; let us never think that anything we can offer is needed or warranted. By His blood we are all healed of our sins! Let us praise Him because He is worthy of praise for His great love for us. The Atonement is the greatest gift we will ever receive!

Colossians 1:20      And by the blood of His cross, everything in heaven and earth is brought back to Himself—back to its original intent, restored to innocence again!

Email ThisBlogThis!Share to TwitterShare to FacebookShare to Pinterest
Labels: Spiritual gifts, The Atonement