Christians: Are You Fit For the Kingdom? 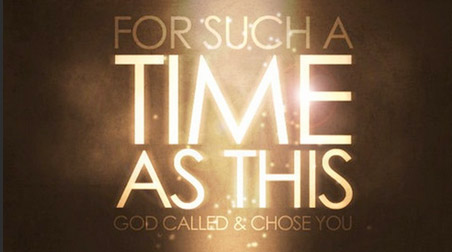 As this world becomes more unsettled and chaotic, my husband and I are hearing from more people seeking help through our Inner Healing and Deliverance ministry. It's understandable. People are finding it increasingly difficult to recognize not only our nation, but each other, and even themselves. The Enemy is sowing division, confusion, and false images of everything we thought we knew. Old wounds -- physical, emotional, and spiritual -- are resurfacing; ones we thought were long buried and under control. Established belief systems are coming under scrutiny as they seem to be collapsing under increasing oppression from the world systems. Our faith seems under attack as we see the foundations in Christ [that we thought were unshakeable] begin to crack and yield to Doubt and Fear. We feel on unstable ground. Why is that so? We've always held ourselves up as the most faithful country in the world. We were founded on the Christian faith, right? Can you conceive that as Western Christians, we might not know our true identity?

I think the most common issue we deal with in this ministry is that very lack of true identity. In fact, if you were asked to describe your identity, what would you say? After all, your identity is what makes you uniquely you; the characteristics that determine who you are.  On a deeper, more spiritual level, your identity defines how you see yourself from your own perspective, as well as God's -- and those two viewpoints can be drastically different.

But if you are going to call yourself a Believer, shouldn't they be as similar as possible?  I mean, the Bible tells us that if we are "in Christ", we are a new creation. Our old identity has passed away and a new one has come. There is another definition of identity that pertains to this Biblical truth: identity is “the quality or condition of being the same as something else.” So, in the case of our identity in Christ, our lives should indicate that we are the same as Christ, both in seeing ourselves through His eyes, and in our actions and deeds. But have we forgotten that He came as the representative of God's Kingdom and to give us earthly citizens a new identity?

But how many people who call themselves Christians have really embraced the idea of a "new identity" in Christ? How many still compare themselves to the world's standards or their own? How many are still trying to achieve the dreams they had set for themselves before Christ came to live in their hearts? You see, I don't think there is room in our heart for both identities. That's not to say that those dreams and identities can't be in harmony with a life in Christ, but we must ask ourselves, "How is my life to be different now that I accept Jesus Christ as my Savior? How am I to live my life, now that my old self has been crucified with Him, and I am a new creation? Do my old desires count for nothing now? What should my priorities be?"

Too many times [in our ministry] we meet with people whose lives are in turmoil because they don't truly understand what it means to identify with Christ. They cling to the old identity and the old image of themselves that the Enemy has skillfully crafted through his ability to tempt them to sin, or others to sin against them. It is this sort of identity problem that is at the very heart of any Deliverance Ministry. Faithful Believers, who sincerely love Jesus and proclaim Him as their Savior and Redeemer, nevertheless fall prey to the lies of Satan, who convinces them that under the Christian mask they wear, is the same old self which has not been renewed or regenerated. The devil whispers to their minds that because of the sin in their lives they are worthless, unlovable, guilty, condemned, ugly, dirty, unfit to be called a son or daughter of God -- let alone, an ambassador of the Kingdom! In fact, the concept of the Kingdom of God on earth [and their part in it] is a foreign idea; one the Church has failed to teach, equip or train. The lack of understanding that part of their identity is most often the biggest missing piece of the Christian experience.

Without that component of our identity, we can continue to tell ourselves that we are Saved, and that's enough. But our spirits long to return to the identity given to us at the beginning of the world when we were created in the image of God and Jesus. Our spirits long to inherit the kingdom that was prepared for us from the foundation of this world! But when we don't even know who we are supposed to be in that kingdom, then it is easy for the Enemy to whisper that our salvation isn't enough. Then we fall into destructive patterns of behavior and false belief systems about who we are.

The biggest struggle we have in our Inner Healing and Deliverance Ministry is convincing people to not only understand what the Kingdom of God on earth looks like, but that they have a purpose in that Kingdom, and it is bigger than anything this world offers. Self-worth cannot be measured from the world's standards. Wealth, position, status, beauty, popularity, recognition, and approval or validation by man is not esteemed in the Kingdom of God. Nor is seeking after any of those goals. As a Body of Believers, we need to begin identifying as members of a new family that is stronger and more powerful than the Enemy.  We need to recognize that we are part of a new family image that has dual citizenship: on earth and in heaven.  In the past we were committed to our earthly lives, but as a new creation, our values have changed and we have died to the things that used to run our lives.

I believe we are now called [and it is absolutely essential] that we become soldiers and ambassadors of our Lord's Kingdom here on earth.  The Enemy is accelerating his plan to dominate the earth, and we are running out of time to step in to our true identities. We are in desperate jeopardy of losing our opportunities to share the Gospel of the Kingdom and to see lives radically changed -- beginning with our own. We must embrace the Kingdom and step into our fullness in Christ, designed to bear much fruit. Let us be intentional to receive our inheritance and the riches of the Kingdom [that He desires to give us] even as we grow into His very likeness.  Don't let the devil rob this generation of our identity as chosen, a royal priesthood, a holy nation, a temple of the Holy Spirit, God's special possession, His beloved children, and ambassadors and citizens of Heaven. It is imperative that we know Whose we are, and Who we are!

In this new identity, we must not look back, or listen to the Father of Lies who would have us miss our purpose for the Kingdom and squander God's love. So, trust God's voice when He says who you are, and stand guard against the Enemy's lies. Let us commit to each other that we will give support, confidence, and hope to our fellow Christians who struggle to claim their spirit-filled identities.  And I pray that in these new identities we can love all mankind as Jesus loves us, and show the world what it looks like to abandon the darkness and come into the Light of Truth and Life. You are the Kingdom of God on earth! How does that identity suit you?

Luke 9:62     But Jesus said to him, “No one who puts his hand to the plow and looks back [to the things left behind] is fit for the kingdom of God.”