What Does The Lord Require Of A Nation? 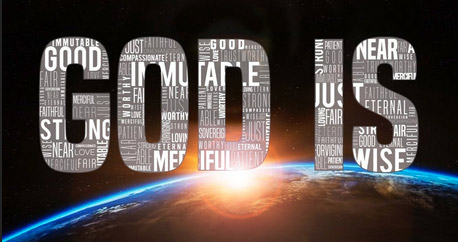 At the end of my last post, I made the following statement: "We must recognize that our God and His ways are eternal; they are unchanging. And the words He spoke through His messenger Micah, nearly 2800 years ago, still ring true." If you read that post, and if you have taken the time to read the short Book of Micah, then you cannot deny that God spoke through the prophet Micah about ancient Israel's persistent rebellion and wickedness. The prophet made it clear that the earth and all men in it should be aware that the Lord God will be a witness against those who choose evil over righteousness. Micah particularly spoke against those who would use their social or political power for personal gain.

Micah warned that God would come down from His Holy Temple in Heaven and "tread upon the high places" and the worship of false idols. The Bible issues a strong warning against the oppressors, saying God is going "to devise disaster from which the rebellious will not be able to remove their necks". The rebellious nation will no longer walk in haughtiness [acting arrogantly superior and disdainful], "for it will be a time of disaster".

Rulers and prophets of a nation who hate good and love evil will be denounced for all the sin they have engaged in; for the depraved and cruel things they have perpetrated. The Bible makes it clear God will bring a day of retribution for the leaders and prophets "who lead His people astray". There will be retributive justice for leaders who cry "Peace" to those who feed and bribe them, but declare war against those who are unable to put anything into their gluttonous mouths. In those days, says Micah, "the day shall be black" over such leaders; they shall be put to shame, and "there is no answer from God".

We must take these warnings from this ancient prophet seriously. It is folly for us Christians to think that the words spoken to ancient Israel and Judah do not apply to our beloved nation. And it is equally foolish and reckless to ignore the sins of our nation that are right before our eyes ... if we care to look at them. Remember ... as I told you in the last post, our God is Immutable. He does not change His character. The nature of His moral qualities are the same today as they were 2800 years ago when He spoke through Micah. Yes, there were good and righteous followers of Jehovah in that day, just as there are today. But we must not think ourselves and our nation superior to the rebellious kings and their followers in Micah's day just because we've had centuries of human inventions that have made our lives more convenient. We may be more technically and industrially advanced, but that doesn't make us more obedient to God. Nor should we consider ourselves more "spiritually" superior because we think we have figured out all there is to understanding God. We must not let our pride elevate us above those we think less worthy. If anything, I'm afraid mankind has raised the philosophies of humanism and rationalism above a belief in a sovereign, supernatural God.

NOTE: Humanism emphasizes man's potential apart from any supernatural Being, and makes man the moral authority in both the individual and society; we are all able and responsible to lead lives that are personally fulfilling while also contributing to the greater good of society. Rationalism is the philosophy that reason and experience should be the basis of our opinions and actions, instead of any religious or spiritual belief system. In other words, there is no moral absolute, such as the Bible. Whatever seems right to the individual, will be his or her standard for behavior.  As a character in a fiction book I'm reading, says, "It would be best for men to deal decently with one another in accordance with God's principles. But what are we to do if we have men to whom God is of no account?" I think we can all see how far that is from God's plan, mandates and statutes.

There is plenty in the ancient Book of Micah, and in our modern understanding of how far we have strayed from God's righteous principles, to warrant concern over how God regards our nation and the world. And if you do not understand that Jesus is throughout the Old Testament, and along with God, the Father, took a stand against disobedience and man's refusal to stay faithful to a covenant with his Creator, then you probably find it difficult to read the whole counsel of God in the Bible. But I'm not here to just sound the alarm against rebellion. I also want everyone to know there is HOPE!

In the same chapter of Micah that the prophet repeats the Lord's warnings against the Rulers and Prophets, this bold prophet also declares, "But as for me, I am filled with power, with the Spirit of the Lord, and with justice and might, to declare to Jacob [Israel] his transgression, and to Israel his sin." Will not God give us the same power, justice, and might, because we are filled the Holy Spirit? We can call upon our leaders to lean on the Lord and return to His ways and walk in His paths.

Throughout the Bible's long history we get a picture of God's justice in juxtaposition to His power and grace to save a remnant for His Name's sake. In the words of the 19th Century Christian theologian Charles Ellicott, "The thundercloud of darkness that descended upon sin again and again was always contrasted with a glimpse of sunlight through the storm clouds." From Noah to Isaiah, to Jeremiah, Paul, and John, in the Book of Revelation -- there is a picture of God's righteous anger, condemnation and wrath followed by His declaration to deliver and save a remnant, chosen by grace. Micah is no different. And because we are created by an Immutable God, the standards He held for all those who have come before us, are the same standards He holds for us. The violence, greed and deceitfulness of powerful men is leading to a demoralized state among mankind. Freedoms that Christ died to give us are being eroded and we see children treating their parents with contempt; as Micah says, a man's enemies are the men of his own house.

So, while we can look at the history of the Bible and see that the leaders and the people did not listen to their watchmen concerning the coming judgment and wrath, we can also see that the watchmen never stopped declaring their confidence in the Lord to deliver a remnant. And as much as we want to believe that all the world will come to the Light of the Lord, the Bible doesn't tell us that. Yes, the Gospel of the Kingdom is going out to all the world and then the end [of the kingdom of darkness] will come as the Lord descends from His throne -- but that does not tell us that all the world will receive the hope that is in the Kingdom; just that they were given the opportunity to hear and accept the promises that come with Salvation to enter the Kingdom.

I think I am not the only whose spirit discerns a terrible wickedness that is coming. And if we are able to learn the lessons from our Bible, then we know that it is time to repent and mourn lost opportunities; and to know the possibility that God may once again, in His Sovereignty, decide to consign our deserved punishment to our enemies. Just as Nebuchadnezzar and the king of Assyria carried out God's discipline against His beloved but faithless people, so might He deliver us into the hands of our enemies -- if we do not repent and return to Him. But are our wounds incurable? Are we doomed? The Destroyer is approaching. We should not be concentrating on the trouble in our enemies' cities, but need to bewail it in our own.

It is my earnest desire that all who stumble across this little blog will take notice of God's promises of both His Justice and His Deliverance. Take heart! We will see marvelous and miraculous things! Our enemies will eventually be defeated! There will be a remnant for His inheritance because He does not retain His anger forever. He delights in His steadfast love for those who seek Him in perseverance and righteousness. He will be faithful to tread all of our iniquities underfoot and cast all our sins into the depths of the sea. He will gather both Jew and Gentile to His bosom, as we, [all who remained the faithful remnant] reap the rewards of not bending our knee to the Enemy. Hang on, it's going to be a bumpy ride and rocky path we journey on, but if we hold to our testimony of Jesus, [and Him alone], we are assured of participating "in that day [when] the Lord of hosts will be a crown of glory, and a diadem of beauty, to the remnant of His people." The Lord, Himself, will come to lead His remnant of faithful children in a triumphant procession! Hallelujah!

Micah 6:8     He has told you, O man, what is good; and what does the Lord require of you but to do justice, and to love kindness, and to walk humbly with your God?