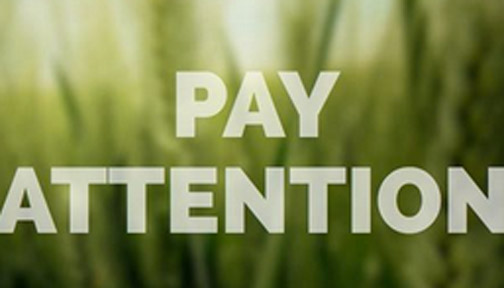 I have come to rely on what might seem as "random" coincidences by others, but which my spirit knows are deliberate and intentional promptings from the Holy Spirit. I rely on them because I know they come from God's throne room. My attention is drawn to them because they contain information that I believe Jesus and the Father want me to share. And as I have often stated, I can identify with Jeremiah who tried hard to convince God that he was not a good mouthpiece for the Creator of the Universe. But Jeremiah could not get away from God, and neither can I. Mind you, I know I'm not the perfect mouthpiece, but when I've come to a personal conviction regarding a matter, and then months later I see it reiterated by someone else -- in the exact way it was revealed to my spirit -- then I know I have confirmation to share. Today is such a time.

I am a huge fan of history. I love studying all different time periods, and learning what led to the rise and fall of different kingdoms, empires, dynasties, cultures, and philosophies of the human race. So much has been romanticized or corrupted that it can be hard to know fact from fiction. But when it comes to studying what the world has experienced since I, my parents, and my grandparents were born, it is possible to learn much from eye witnesses and what bona fide historical documents can provide. I have spent years reading and accumulating research on what the world has experienced in the last century, so when three sources come before me in less than 12 hours, and all bear witness to issues that concern me, then I know it's time to address them.

The first issue God wants us to consider arises from the warning that a Holocaust victim gave this week. Vera Sharav shared her personal perspective regarding the similarities she sees between Hitler's agenda and the global pandemic. “My perspective is informed by my experience, by the historical record, and by the empirical evidence,” Sharav said. “We were required, as Germans know, to wear a yellow Star of David to identify us, to segregate Jews. Exclusionary laws barred the family from normal life, from attending ordinary activities. Our property was impounded. We were forbidden to participate in all educational, religious, and cultural gatherings. Travel was forbidden for Jews so there was no escape ... I know the consequences of being stigmatized and demonized as being a ‘spreader’ of disease.”

Vera went on to expound on the complicity between the "academic, professional medical establishment" and the government of Germany. She warned one of the most important lessons humanity can learn from the Holocaust is that when doctors and the government join forces medicine can then be perverted from a healing, humanitarian profession to an institution that can be used to control populations. At the time, it was used for purposes in Germany alone. Today, we have become a global community, and decisions affect the entire world.

An interesting historical fact regarding this issue was brought to light; one that I was not aware of, but is worth mentioning ... Dr Benjamin Rush, a signer of our Declaration of Independence, forewarned over 200 years ago: "Unless we put medical freedom into the Constitution, the time will come when medicine will organize into an undercover dictatorship to restrict the art of healing to one class of Men and deny equal privileges to others. The Constitution of the Republic should make a special privilege for medical freedoms as well as religious freedom." Sadly, both freedoms may be in jeopardy today.

The second issue that Holy Spirit pointed out was actually tied to the first, and described by noted theologian Charles Spurgeon: "Avowed atheists are not a tenth as dangerous as those preachers who scatter doubt and stab at the faith ... Germany was made unbelieving by her preachers, and England is following in her tracks". That's a reference to the Church hierarchy in Germany caving in to Hitler's demands to exclude German Jews from worshiping in their churches. You've read my posts on the heroic efforts of Dietrich Bonhoeffer, a German pastor in the midst of Nazi Germany's persecution of German Jews. In the words of Eric Metaxas, author of Bonhoeffer: Pastor, Martyr, Prophet, Spy, Bonhoeffer desired "to impart renewed relevance to the Church with a Biblical understanding of social justice... he fought the acquiescence of the evangelical state church to Hitler's demands." We should take special note of that word acquiescence ... it means "compliance, consent, agreement, acceptance, cooperation, and submission". We have seen far too much of that in the modern Church.

Now, we have so far been able to stave off a "state church". And it is expressly written in our Constitution that there is not to be one. But, as we all know, our Constitution is under grave attack, so it is imperative that whether "state" or not, our churches remain independent of political interference. I think we can all agree that our churches are only as strong as our national culture. And Satan is throwing everything he can at the culture to dismantle, corrupt, and destroy it. Many of our churches have compromised with the culture; human ideology is combined with unbiblical theology to convince denominational leaders they are still following God's commandments. And if that's not enough to water down the power of the church, then Satan institutes mockery against those who take a stand for God. Mockery quickly accelerates to judgment and then to punishment. We must pray for our pastors and church leaders! They are under tremendous pressure and need the wisdom and counsel of the Holy Spirit to lead their flocks through the waters of persecution that are rising higher.

Lastly, the third issue that Holy Spirit is bringing front and center has a lot in common with the other two. We are all aware of the headlines and viral videos of parents who are daring to speak up against the divisive curriculum in our educational system. But all this is just the consequence of taking Jesus and prayer out of public schools in 1962. It is Satan's goal, through Godless regimes, to defeat freedom-loving peoples whose faith in God sustains the prosperity of the nation. That's the history of Marxist and Communist nations who have done it during the last century. And they did it in these 11 easy steps: 1) Separate people from Jesus Christ. Eliminate Him from the schools, the government and the public square. 2) Make sexual indulgence and lust permissible and acceptable. The porn industry and sex trafficking are proof that it works. 3) Shift economies from self-producing to service industries and AI/Tech. These create entitlement mindsets. 4) With Jesus out of the way, it's easier to centralize political and financial power in the few. Jesus promotes freedom, and the Godless regimes can't have that. 5) Isolate the people by creating work camps and instituting fear. The population is easier to control. 6) Limit food supply. When the food is controlled, the people can be easily controlled. 7) Convince the people to believe in "the experts". After all, this is a "professional" giving you wise counsel that you can see and hear. Your "God" is invisible. Why believe Him? 8) Destroy the family structure through divorce; indoctrination of other lifestyles in the schools; convince women they don't need men; teach children to reject traditional values.  9) oppose and cancel differing viewpoints and attack the character of opponents. 10) Don't ever validate the truth -- especially about Jesus Christ. Demonize His truth; mock it; distort it; corrupt it. If the truth is allowed to exist, it encourages hope.  And finally, 11) Totally REJECT Jesus Christ. He is the ONLY way to the One True God, and He must be completely eliminated from any society or culture in order for Satan's agents to succeed.

All three of these issues are being brought forward in an atmosphere that encourages enslavement and discourages the message of hope in Christ. Satan's kingdom of darkness desperately wants to expand over the entire globe and he has willing accomplices. We should take heed of Holocaust survivor Vera Sharav's words ... "I never thought that I would be alive to be again afraid of the same elements [in the world]". Pastor Dietrich Bonhoeffer faced them, and his martyrdom at the hands of the Nazis stands as a testament to the will of one man to represent God in the face of evil. As Christianity Today described him, "Bonhoeffer was strong, if sometimes alone .... He was a clear-headed, deeply convicted Christian who submitted to no one and nothing except God and His Word." And as to why author Eric Metaxas found Pastor Bonhoeffer worthy of mention, it is for this reason, "Bonhoeffer gives witness to one man's extraordinary faith; a man determined to do the will of God radically, courageously, and joyfully -- even to the point of death. It is a story of a life framed by a passion for truth and a commitment to justice on behalf of those who face implacable evil".

Oh, how I pray the world is not on the precipice of even greater evil than it has ever seen. But, we know that our Lord and Savior Jesus Christ lives, and He will soon bring His justice with Him. I pray that we can all stand with the commitment and courage of those who have gone before us and that we, too, are willing to stand alone, if necessary, to represent our God. Because we know that this world belongs to Him, and it is His Kingdom, His power, and His glory that will reign forevermore! Help me to stand, Lord!

Romans 11:36    For from Him and through Him and to Him are all things. To Him be glory forever. Amen.