God Is Exposing Evil To His Light; Not To Scare Us, But To Empower Us! 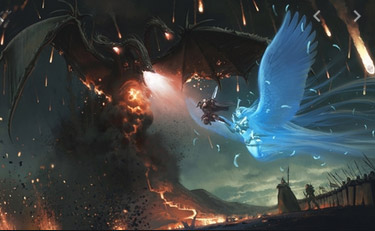 Ever since we have entered 2021, my spirit has been on hyper-alert --- I'm sure many of you can identify with me. I have written that God has seemed to be silent, yet I am, at the same time, seeing things more clearly. So, I know He is present and still imparting words of knowledge and visions about what He wants us to know in this season of Time.

While it may seem as if Evil is growing more apparent and powerful [and with no constraints], I assure you that our God is preparing us for what He is soon going to be doing in the earth. And yes, I do believe the Lord is close to returning to deal with all the evil and injustice in the world. Here is the Scripture that keeps resonating in my heart ... “So do not be afraid of them, for nothing is hidden that will not be revealed [at the judgment], or kept secret that will not be made known [at the judgment]. What I say to you in the dark (privately), tell in the light (publicly); and what you hear whispered in your ear, proclaim from the housetops [to many people]" (Matthew 10:26-27).

Have you noticed that the lies, corruption, and chaos sowed by the Anti-Christ and his beast system is being rapidly exposed? Take just a moment and look at all that has happened in just the last year. The world [and our nation] have undergone some of the most radical changes in recent memory. And if you step back a century, you can look at how from World War I until today, we have committed all the things which are abominations to God: haughty eyes [an attitude that makes one overestimate oneself and discount others]; a lying tongue; hands that shed innocent blood; a heart that creates wicked plans; feet that are swift to running to mischief; a false witness who breathes out lies [even half-truths]; and one who spreads strife among brothers.

From the outset of World War I through the current wars in the Middle East and Africa, a cabal of international bankers have plotted to make money off wars that have killed over 187 million military personnel, all for profit and self-wealth. And we can just go down the list ... to the countless lies that have been fed to us by corrupt politicians. leaders, and media to advance Satan's kingdom; to the 40-50 million abortions in the world every year; to the wicked hearts that plot with Satan to defeat God's Goodness and promote evil agendas in the world [funding riots and murder, spreading false witness,  manufacturing hostility, conflict and hatred among the brotherhood of man; and corrupting God's divine design of man] ... it all adds up to a conglomeration of iniquity that will bring judgment by our righteous and holy God.

It is in Matthew 10 that Jesus not only shares the incredible insight that evil will be exposed and subsequently judged, but He also gives His disciples power and authority to serve His Kingdom [on earth] while they are in the midst of Satan's dark kingdom. And then He tells them to Listen carefully. He warns them they have a hard road before them because Satan will use evil men to impede their journey, as well as their service to Him and their fellow man. And then He gets serious ... He tells them  that persecution is inevitable and they will be hated by those who hate, despise, and rebel against God. But then comes the passage, Do not be afraid of them....

These are among the reasons that I believe Christ is close to coming. Evil is not diminishing and is accelerating at a rapid pace. BUT, God is also exposing the evil and the result is that Evil will be its own instrument of defeat. It is important that the Body of Christ understands that hard times will precede our victory in Christ. We must prepare in our flesh, souls and spirits to endure the evil that will come against us from men who deny and reject Jesus. And we must understand that Jesus is coming back to judge with a sword before He delivers the world from evil. That does not mean we escape the trials and persecution that is already being fomented against Christians in this country as national security threats. Remember, Jesus tells us in Matthew 10:34, Do not think that I have come to bring peace on the earth; I have not come to bring peace, but a sword [of division between belief and unbelief]; and in Matthew 10:38, he who does not take [up] his cross [expressing a willingness to endure whatever may come] and follow Me [believing in Me, conforming to My example in living and, if need be, suffering or perhaps dying because of faith in Me] is not worthy of Me.

Those are sobering words to those of us who profess faith in Christ. We must not cower in fear over what is coming [nor deny it!]; but we are to endure, knowing that no matter what happens here on earth, if we conform to His example, we shall share eternal life with Him in victory! We are His disciples! We must not be counted among those men and women whose hearts fail them for fear. Instead we are to nurture and spiritually develop hearts that are rooted in the power of Heaven in us. We must believe that our prayers are powerful and that they are heard! We must be willing to let YHWH display His Power and Might in us [and through us] as He did Moses in his battle with Pharaoh; as did the Maccabees in their war with the Anti-Christ spirit in Antiochus Epiphanes; as did the Disciples and the First Century Church in the face of violent persecution from the Roman Empire.

Yes, we keep the eyes of our heart focused on Christ and our victory in Him! But we are not to be blindsided by the very things Jesus warns us must come before He judges Evil and delivers us into that victory! We must be obedient to the whole counsel of God, not just to the portion that makes us feel good. We must become unified, courageous, and committed followers of our Lord and Savior, willing to carry out our orders from the Lord of the Heavenly Host. Let us be willing to wait in the silence, while being alert to see what He wants to show us. Hear what He says about the darkness that is coming, pray earnestly for wisdom, and then declare and renounce it in the midst of His Light! We can defeat the power of Evil by shining God's Heavenly Light on it. And let us always have our spiritual armor on, being willing to fight alongside Jehovah Nissi in the spiritual realms, being mindful that He goes before us and never forsakes us, no matter how dark it may get. Let us join together and ask the God of the Universe to keep revealing the Evil so we know how to pray against it. Expose it, Father, and we declare that we will not falter nor lose faith. Here we are! Use us for Your Kingdom!

Luke 21:25-28    And there will be signs in sun and moon and stars, and on the earth distress of nations in perplexity because of the roaring of the sea and the waves,  people fainting with fear and with foreboding of what is coming on the world. For the powers of the heavens will be shaken.  And then they will see the Son of Man coming in a cloud with power and great glory.  Now when these things begin to take place, straighten up and raise your heads, because your redemption is drawing near.